Having been blocked by a stranded container ship the Suez Canal is now open again, but what financial impact has this six day delay caused? 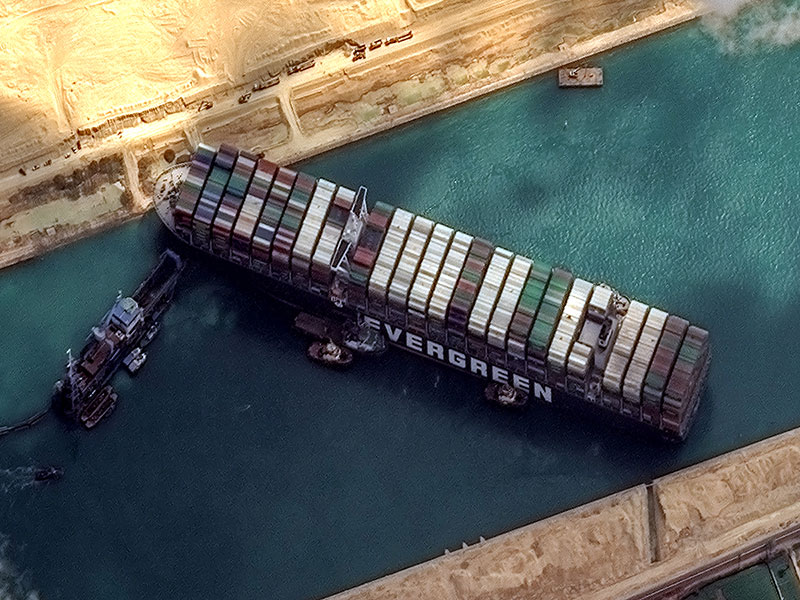 Between March 23-29 a 1,300ft-long container ship, named Ever Given, blocked traffic at Egypt’s Suez Canal entrance. It was finally freed yesterday (March 29) after six frantic days, but the blockade left over 200 ships stranded at either end of the canal. This has mounted further pressure on global trade during a period when it was already feeling the strain due to the economic effects of the COVID-19 pandemic.

The Japanese owner of Ever Given, Shoei Kisen, made a public apology on Thursday (March 25) as the blockade held up billions of dollars’ worth of trade goods. About one million barrels of oil, eight percent of liquified natural gas and a total of 12 percent of global trade pass through the canal each day. This amounts to a loss of nearly £7bn of goods a day, which is approximately £290m an hour. This could have a profound effect on the global trade market for weeks, if not months, as the Suez Canal is an important trade route between the East and the West.

Due to high tides and winds, the ship became wedged on the east bank and lodged diagonally. The salvaging company put in charge of rescuing the ship described it as a ‘beached whale’ as the Golden-class container ship represented an enormous weight on the sand.

Even though the vessel is now free, and trade has resumed, there is a massive backlog of vessels trying to pass. The level of disruption cascaded every 24 hours over a period of six days as more vessels joined the line of transit. There could be congestion at some ports and further exacerbation of supply chains which were already reeling from container shortages. As a result, assembly lines could be left idle as ships will not arrive in time.

Another area of trade loss is the re-routing of some ships that are being asked to travel via the Cape of Good Hope in South Africa, which could see a delay of another eight days. This could potentially add more than £18,000 a day in fuel costs.

The losses continue to rise. According to German insurer Allianz, in the coming weeks global trade could witness a reduction in trade growth by 0.2 to 0.4 percent and could cost somewhere between £4bn and £7bn.

Alan Murphy, the founder of Sea Intelligence, a maritime data and analysis firm told the New York Times that, “All global retail trade moves in containers, or 90 percent of it. Name any brand name and they will be stuck on one of those vessels.”

This isn’t the first time the Suez Canal has been blocked; it has been blocked over five times since its opening in 1869. Those blockages were mostly intentional due to increased political tension between countries. Nowadays ships are built much larger in size for efficacy, but Ever Given could not withstand the bad weather despite its size.

Only time will tell how badly this incident will affect consumers. For the time being, prices will certainly increase until supply chains return to normalcy. However, this vessel has single-handedly managed to highlight the weak links in the global supply chain.