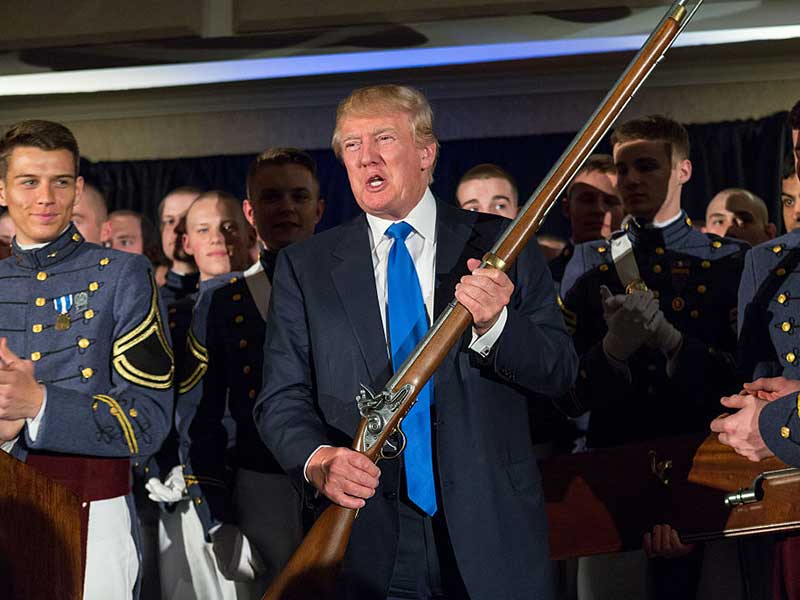 On February 28, Donald Trump called for a “historic increase” in defence spending during a meeting with state governors at the White House. Trump explained extra funding would be channelled into the defence budget in order to “rebuild the depleted military of the United States of America at a time we most need it”.

Building on this, White House officials revealed the administration is planning a $54bn increase in military spending, the likes of which hasn’t been seen for a decade.

The hike in military funding would be offset by cuts to non-military budgets. The full details of such cuts are yet to be clarified, but White House officials have named the State Department and the Environmental Protection Agency (EPA) as key targets.

While aiming for environment-related budgets is a popular Republican theme, the total annual budget of the EPA is a mere $8bn, so cuts must inevitably be concentrated elsewhere. The State Department’s $50bn annual budget could perhaps take a greater share, but it is clear the plan could not go ahead without a large scale restructuring of government agencies.

However, as of yet, the figures remain mere proposals and must be passed by Congress if they are to be implemented. The Trump administration may well face heavy resistance in pushing forward with the plan. While his own party holds a majority in Congress, the surge in spending goes against the fiscally conservative sway of the Republican Party.

Bill Hoagland, a Republican budget aide in the Senate, went as far as to say the proposal will be “dead on arrival even with a Republican Congress”, as reported in The New York Times.

Trump will further detail his plans in an address to Congress, scheduled for the evening of February 28. The full budget is to be presented to Congress in May; leaving Trump little over two months to clarify the specifics of his plan.