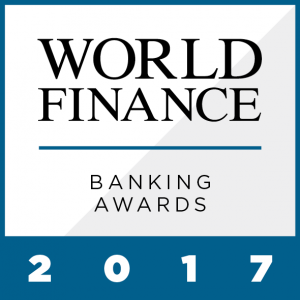 In keeping with a more-than-five-year trend in which those slow to change have fallen by the wayside, the banking sector has this year been awash with major regulatory and technological change. Virtually unrecognisable from that of a few years ago, this is a new era for banking: one in which the customer lies at the heart of every decision, and sustainability as opposed to profitability is key. Survival – it seems – rests on the ability of banks big and small to keep pace with the rate and scale of the transformation, and nowhere else is this more visible than among the banks featured in this year’s World Finance Banking Guide. 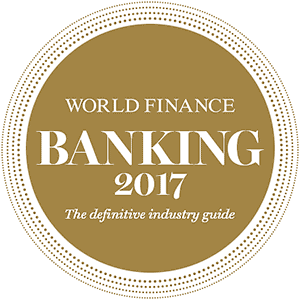 Trust in the banking sector has been restored, and customer-centricity has emerged as an absolute requirement if banks harbour any hopes of survival. People – not profitability – can make or break a business, and many a major name has committed to that sentiment in the hope of pushing ahead of its rivals. New operating strategies have emerged to put customers and employees at the centre of businesses, and technology has proven decisive in the sector’s transformation.

Aside from restoring faith in the sector, technology has paved the way for new and innovative names, and while they can hardly compete with industry stalwarts on scale, a technology-first mentality has opened the door to a range of new opportunities. Investment in IT is no longer an option but a requirement for any bank with aspirations of becoming a market leader. And as much as these investments have proven costly, the benefits to both bank and customer cannot be understated.

Elsewhere, a raft of regulatory reforms has done a great deal to redefine the operating environment. While the burden has, for some, proven too much to bear, others have treated this new regulatory system as an opportunity to stand out from the crowd. Of course, the debate over whether these reforms are beneficial at all will rage on, but the overhaul itself is proof of the fact that banking is a changed proposition.

As much as markets have regained a foothold this past year, stability rests in large part on the banking sector and its ability to push money into and around the economy. This is a banking sector that rests on a threefold commitment to customer service, compliance and innovation, without which this new economic landscape would not exist. The guide provided with this issue takes a look at how banking in all its various forms is spearheading these latest developments, and realising a more sustainable measure of prosperity.

As ever, we’ve scoured the globe for the names that have truly set their markets alight and the ones that have not only exceeded expectations, but also delivered where others have failed. Our research team, together with input from our readers, has delved into the markets to find out which individuals and institutions have pushed the envelope and provided the very best in leading financial services.

With our in-house judging panel, we have selected the finest performers of the year – a challenging task with many tightly contested categories. In the supplement, readers will find insight into each of the year’s leading institutions, as well as those individuals who have made a real difference on each continent. Once again, congratulations to our winners, who we hope to see much more of in the months and years to come.

USBank of the West

PhilippinesBank of the Philippine Islands