In an increasingly digital age, we are starting to see the top brands having to adapt quickly to a rapidly transforming landscape in which a digital presence is paramount to continued success 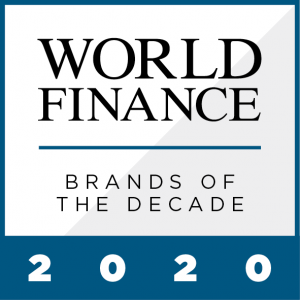 The advent of online commerce has unleashed powerful new forces that influence nearly all brands from cars to cosmetics, according to the latest studies on brand-building. And, the studies say, the pandemic has accelerated pre-COVID-19 trends. Firstly, emotion is important, and today’s consumers expect to have an online conversation with their brands.

“They want to have a totally transparent relationship with you,” explains Boston Consulting. “They want to know who you really are. They seek the truth. They search out not only all your brand’s technical and functional features, but also its emotional elements.”

And sustainability sits at the top of consumers’ curiosity, running all the way from how well a brand treats its employees and suppliers to the energy efficiency of the factory. Having seen which way the wind is blowing, energy giant BP has made a long-term pledge to turn away from fossil fuels – its core business – in favour of renewable forms of energy. And secondly, the digital age produces a flood of useful data that brand builders can deploy to help engage buyers. That is why Toyota treats complaints as valuable sources of information rather than a nuisance.

‘A complaint is a gift,’ the automotive giant tells staff. Every single complaint is tracked through the system until customers get redress, but it is also pushed through to the appropriate department – for instance, engineering – so that the problem is fully addressed. Easily the most influential automotive group of the decade, Tesla has made electric vehicles desirable. And in mid-2020, Tesla became the most valuable car company in the world. While being revered for its zero-pollution vehicles, the brand also ranks highest on the cars’ appeal. Tesla owners see the brand as on a mission and majority owner Elon Musk as an engaging maverick who thumbs his nose at convention. Amazingly, the brand does not put a cent into advertising, compared with General Motor’s annual advertising budget of over $3bn.

Quality counts
But it is not always just the numbers that matter, says McKinsey in a series of interviews conducted in the middle of the pandemic. Companies should look for emotion as well as raw facts. “We tend to measure the quantity rather than the quality of something,” David Yin, vice-president of brand strategy and consumer experience at genealogy company Ancestry, told the management consultancy. “There are plenty of quality signals that come through digital that are vastly underutilised.”

That means the custodians of brands must be careful not to offend consumers who are vitally interested in a product’s social impact. “More and more customers expect their brands to do no harm,” adds Yin. “If you are actively doing harm in some way, you are pretty heavily punished by consumers nowadays. More companies need to be aware of that.”

Brazil’s Natura Cosmeticos is a shining example. Starting more than 50 years ago with a small shop and laboratory, it has leveraged the Amazon rain forest into a highly successful sustainable beauty business. One of the world’s most profitable cosmetic companies, this Brazilian firm sees itself as a warrior for sustainability as much as a beauty business. Although founded back in 1969, Natura Cosmeticos embraced sustainable policies early on and is now seen as a standard bearer for the preservation of the Amazon, from which it extracts bio-ingredients and shares the profits with local communities. Along the way Natura snapped up several like-minded brands: Australia’s Aesop, The Body Shop and, most recently, Avon. In 2019, the group posted revenues of $6.04bn.

Bespoke features
In this increasingly digital age, brands are founded on technology. One of the new wave of online retail platforms is fashion group Zalando, the Berlin-based e-commerce platform that sells 500,000 products covering 2,500 brands. Its bespoke software features a ‘My Zalando’ engine that mines sales data to provide customers with the latest style advice. Launched only in 2008, Zalando boasted 2019 revenues of nearly €7bn. Like other online retailers, it has prospered during the pandemic – 2020 third-quarter revenues rose by nearly 22 percent.

However, Zalando has a long way to go before it catches Amazon, the most valuable company in the world, with a capitalisation of $137bn and annual sales of $90bn and rising. Amazon’s stupendous success is built on an algorithm-rich platform that is the envy of bricks-and-mortar retailers. It is a comment on the rise of online retail that Amazon is worth more than the combined value of all North America’s main department stores.

Most of the big brands have built up their own technology rather than relying on off-the-shelf software. As well as being the world’s biggest coffee house chain with over 31,000 stores in 80 countries, Starbucks developed its software in-house. Known as an ‘apostle brand’ because of its impact and recognition, the Seattle-based chain now sells the bespoke technology to other companies, boosting revenues in the process. Interestingly, out of some 10,000 consumer companies worldwide with revenues of many millions of dollars, only 100 are considered apostle brands. The Shenzhen-based company has, in a few short years, turned itself into a brand rivalling Samsung and Apple in electronic devices. Primarily a manufacturer of backroom equipment of routers, switches and other high-tech telecommunications equipment, the employee-owned Huawei has come out of nowhere in the last decade. As a consumer brand, it is now the world’s third-largest manufacturer of smart phones by market share, with 10 percent of the global market. Like most great brands, Huawei is driven by a vision. Namely, ‘to enrich life through communication.’

Proactive predictions
Nike also took a big step into digital brand-building when, also in 2019, it bought Celect, another algorithm-rich platform developed by two professors from the Massachusetts Institute of Technology. Celect is so clever it can even sense the level of demand. “Its data scientists and engineers, who are now an integral part of the brand’s operations, are using the platform to predict when and where consumers are likely to buy certain styles.”

These insights come in handy in other ways. Nike plunders them to manage its inventory across many retail channels, something no human can possibly do. In a similar way, Spanish fashion retailer Zara uses advanced digital tools to manage its supply chain, distribution and inventory allocation across thousands of stores around the world. But Zara, a company established by a husband and wife in 1975, does not stop there. In addition to its own core technology, the chain works with a team of outside software providers whose job it is to boost sales through augmented reality. For instance, if customers like the latest clothing range on a mannequin, they only have to point the phone at it to make the purchase.

In an analysis of the digital practices of top retailers, Boston Consulting concludes: “Select the technologies that will enable the company’s core digital capabilities. Then develop them quickly and independently, continuing to purchase the rest.”

Strong brands
But some things do not change – strong brands are everything. “Retailers tell us that strong brands sell without promotion,” notes Boston Consulting. And strong brands arouse emotion, says Rebecca Messina, who has been a brand manager at Coca-Cola and Uber. “At their core I think brands are a feeling,” she told McKinsey. “They emote something that causes a kind of behaviour that’s irrational to some degree or we wouldn’t be wearing Rolexes and driving Porsches because we could buy cheaper versions of those products.”

The best brands are “sticky and memorable,” adds Yin. But they must also deliver. “Brands are fundamentally an expectation of the quality of an experience and it’s really important to start paying attention, as digital companies evolve, to that expectation of quality.”

And what people say about a brand could be the best technology of all. “Word of mouth is one of the most powerful places where brands are built,” explains Yin, citing how Fitbit caught on with consumers because they told others about it rather than through a PR campaign. A prime example is eBay, a company that fulfilled a largely untapped need – online auctioneering – but then grew rapidly because a global community adopted it. What we are continuing to see is that some of the most successful brands of the last decade, and beyond, are those where a lot of value is created outside the company, as well as within.