After a turbulent 2017, 2018 is shaping up to be yet another year of volatility for the forex industry. The World Finance Forex Awards 2018 celebrate the firms standing out in an ever-changing market 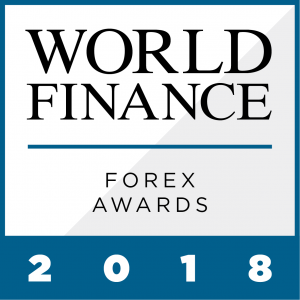 In the past two years, foreign exchange traders have been shaken from a multiyear lull in the forex market. From the second half of 2016, a series of shocks to the global economy spurred a period of significant volatility and uncertainty. And while uncertainty may spell disaster for a number of industries, it happens to be the sweet spot for the $5trn-a-day forex industry, as choppy markets allow eagle-eyed traders to turn a profit on big market movements.

The question remains whether the trends supporting the forex industry will continue, however. At the end of 2017, Dutch banking giant ING warned that “stiffer headwinds” would push against the sector in 2019 after traders grabbed at opportunities for profits in 2017 and enjoyed a “happy hour” in 2018.

As the industry changes in the coming months and years, only the best in the forex sector will continue to spot the most profitable prospects. The World Finance Forex Awards 2018 has identified the industry leaders poised to
make it to the top.

Swings and roundabouts
Volatility in the foreign exchange market crept higher throughout 2016 and 2017, propelled away from a period of relative stability by geopolitical shocks such as the Brexit vote in June 2016 and the election of Donald Trump as US president just five months later. Currency trades remained lively as a number of other key European elections played out.

By the end of 2018’s first quarter, Bank of America Merrill Lynch said forex activity had “awoken” after a period of hibernation, and Reuters reported forex trading volumes in the first quarter of this year rocketed to a record high at CLS, a major settler of trades.

Despite this strong start to the year, the currency market is beginning to calm down, shrugging off everything from Trump’s latest Twitter tirade to a possible trade war between the US and China. Price swings have narrowed, especially in the largest currencies. Even the Trump administration’s punitive sanctions against Russia – which sent the Kremlin’s currency, the rouble, tumbling and ramped up volatility in equities and other asset classes – did not significantly increase volatility in key currency pairs, such as the US dollar and the euro.

The dollar remains a key area of interest, however, having struggled last year after an optimistic ‘Trump bump’ quickly turned into a slump of disappointment when the US president failed to deliver on key plans. Factors including the Federal Reserve’s interest rate hikes and anxiety surrounding recent tax reform held the US dollar back from a potentially strong year as the US economy expanded in 2017. While the dollar enjoyed a moment in the sun in April and May, fully erasing its 2018 losses, a Bloomberg report said bearish bets on the currency still remain, making it one of the most crowded trades in financial markets.

Currency markets were also looking calmer in the UK, where the pound has staged a steady recovery against the US dollar since the shock vote to leave the European Union sent it tumbling in 2016. While a report by Bannockburn Global Forex said there was very little optimism surrounding the Brexit negotiations, markets were kind to sterling in 2017, so the currency avoided the collapse in demand some feared. However, with the UK’s March 2019 exit drawing closer and economic forecasts looking bleak, more volatility could be on the cards.

Technological step change
Artificial intelligence (AI) has turned one sector after another on its head in recent years as the robot revolution gets underway; foreign exchange markets are no exception. Machine learning tools are constantly being developed, with trading algorithms that can beat humans at their own game producing results quickly and more efficiently than even the best trader.

To prove the point, Japanese publishing company Nikkei this year put a robot head-to-head with the experts in its quarterly dollar-yen derby, in which readers and analysts try to predict a future exchange rate of the two currencies. AI entered the race for the first time ever, and its debut did not disappoint: Nikkei’s AI tool provided the most accurate forecast for the year-end exchange rate, beating around 400 readers and 10 analysts by sifting through a database of Nikkei articles and dozens of economic and financial indicators.

However, while the test proved that machines can produce the best results when the market is relatively calm, developers said humans remained superior in predicting forex movements when major disasters or geopolitical events were involved.

Not all organisations are taking advantage of burgeoning technologies, though. Deloitte’s 2016 report on the forex sector found 62 percent of corporates still relied on manual forecasting processes.

Another technological tool making a strong showing this year is blockchain. Distributed ledger technology has been touted as the answer to cheaper, faster and more transparent forex trades. The technology, which is best known for propping up cryptocurrencies such as bitcoin, is behind a new initiative by Santander to provide a cross-border payments system that will help the bank take on fintech specialists.

Bitcoin also stole headlines last year, as the biggest cryptocurrency by market capitalisation rocketed from a valuation of less than $1,000 at the beginning of the year to nearly $20,000 by December 2017. It was boosted by mainstream acceptance in the form of the new bitcoin futures and trading options from CME Group.

The notoriously volatile digital currency has since fallen back down to around $9,000, and many questions remain about what regulatory action will be taken against cryptocurrencies. However, some forex platforms have taken advantage of the crypto-craze by accepting bitcoin trading.

A new regulatory standard
European regulators tightened their grip around the forex industry at the start of the year with the implementation of MiFID II. The new rules require industry players big and small to provide clients with greater transparency.
The expansion of MiFID rules, which on first introduction in 2007 focused solely on equity markets, overhauled the trading landscape for all asset classes, including equities, fixed income, exchange-traded funds and foreign exchange. MiFID II has brought about a new level of transparency by requiring institutions to report more information about trades, such as price and volume.

On the other side of the Atlantic, Trump is planning to deregulate financial markets by rewriting the Dodd-Frank Act – banking rules that were imposed in 2010 following the global financial crisis. The Trump administration is planning to ease oversight of small and mid-sized banks, many of which were forced to close when they were unable to maintain new minimum capital levels. As the bill makes its way through the legislative process and signals point to the easing of capital requirements, small brokers are eyeing up the US again.

It’s a time of change for the world’s largest market in terms of trading volume, with traders monitoring ebbs and flows in volatility while grappling with a technological revolution and sweeping changes to regulatory standards. The panel of experts for the World Finance Forex Awards 2018 has identified the market leaders who are driving profits while managing the changing environment.