The high level of growth achieved by the global economy in recent years is expected to wane in 2019. As the slowdown brings new challenges for the forex industry, the 2019 World Finance Forex Awards honour the companies that are poised to rise to the top 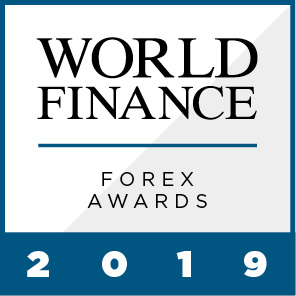 Since 2016, the foreign exchange market has been characterised by volatility. This instability did not hamper growth, however. Instead, investors piled into the growing $5trn-a-day industry as wild swings in currency values signalled an opportunity for steep profits. A great deal of change occurred in 2018 to keep the landscape lively, such as new regulations for traders across the European Union, an extension of US equity markets’ longest bull run in history, and volatile movements in emerging market currencies.

After the turbulence of the past few years, the forex industry will now have to adapt to a slowdown of global economic growth

After the turbulence of the past few years, the industry will now have to adapt to a slowdown of global economic growth. While markets will continue to be somewhat unpredictable, US stocks, which have spent the past few years ticking higher and higher, are expected to run out of steam in 2019.

Although this does not necessarily mean a recession is on the horizon, it does leave the forex market in an uncertain position. On the one hand, growth will be more difficult to achieve as economic expansion hits the brakes. On the other, as investors become more wary of equities, they may look to forex as an alternative investment product. The 2019 World Finance Forex Awards celebrate the firms that have continued to ride this wave of volatility to stay ahead of the competition.

Rain clouds ahead
In January, the World Bank raised the alarm that global markets would slow down as “darkening skies” hovered over the world’s economy. The coming deceleration is mainly due to trade tensions between the US and China and rising debt levels in emerging markets, it said. As such, the bank cut its global growth forecast for 2019 from three percent to 2.9 percent, as it warned that a slowdown in the US economy – the world’s biggest – raised the probability of a global recession to 50 percent.

Across the Atlantic Ocean, the European Central Bank (ECB) cautioned that weaker momentum in the eurozone would last longer than expected. The ECB’s dampened outlook follows lagging growth in 2018. Moreover, it came just over a month after it halted its €2.6trn ($2.95trn) quantitative easing programme, which ECB President Mario Draghi had said was the driver of Europe’s economic recovery.

Along with the World Bank, the US Bureau of Economic Analysis and many other expert institutions, the ECB also expects the global economy to slow down in 2019 before stabilising.

Businesses are beginning to take note. A study of more than 1,000 global CEOs by the think tank the Conference Board found that a recession was the top fear among business leaders in 2019, up from 19th place in the same survey the year before. This was despite the fact that a survey of economists by Reuters late last year predicted the risk of a US recession was low (35 percent, up from 30 percent the previous month).

A global slowdown, or indeed a recession, will require forex companies to carefully evaluate numerous data points to uncover where profits can be squeezed out. While the situation will present many challenges, it will also offer trading opportunities in this market.

Spectre of volatility
With an economic slowdown on the cards, some experts suspect the rally in the US dollar could come to an end this year. In its 2019 FX Outlook: Peak Dollar report, Dutch bank ING said it remained too early to call, but that the biggest question for the year was when global asset markets will be “released from the stranglehold of high US interest rates and the strong dollar”.

The dollar’s trajectory is typically driven by the decisions of the US Federal Reserve. Last year, the Fed hiked its benchmark interest rate four times, causing the dollar to spike – however, in 2019, it is not expected to announce any new rate hikes.

Further, over the first six months of this year, ING has predicted that the US dollar could see “marginal” highs against the euro and the Japanese yen. That said, over the course of 2019, the US currency is expected to edge lower.

“US rates should be coming off their highs by the end of the year and as US growth converges lower to the rest of the world, expect investors to rotate out of US asset markets,” ING said in its report. The dollar will also be influenced by macroeconomic trends and political events, including any developments between the US and its trading partners.

Elsewhere in the world, the UK is expected to continue to be plagued by uncertainty over Brexit. ING said 2019 is “unlikely to look pretty” for the UK as it continues to tussle with the EU over what an ideal post-Brexit relationship should look like. ING said in the report: “Expect the pound to continue to trade on volatility levels more common in emerging markets.”

For the rest of Europe, despite the fact that “sluggish growth” was blamed on a “relentless stream of ‘one-off factors’” rather than one big issue, ING said it struggled to see how any significant pick-up in activity would materialise in 2019.

More of the same
The Markets in Financial Instruments Directive II (MiFID II) came into force in January 2018 to provide investors with a new legislative framework of regulations. MiFID was first introduced in 2007, but in its original state it focused only on equity markets. Last year’s expansion required other asset classes, including forex traders, to offer more transparency to their clients, such as reporting on trade prices and volumes. Although foreign exchange market players hurried to meet the January 3 deadline for what was possibly the biggest regulatory adjustment in a decade, industry experts have said there is no more transparency in the market in 2019 than there was before MiFID II was implemented.

In fact, a Crédit Agricole survey on MiFID II and its impact on forex markets found that 88 percent of respondents had experienced “no visible benefits to date” following the enactment of MiFID II. Just eight percent said they had experienced increased transparency. What’s more, 79 percent said they had no plans to use the newly available data to interpret or monitor trends.

Despite this, concerns about a negative impact on market liquidity due to the far-reaching transparency requirements have so far not emerged. According to Crédit Agricole’s survey, 84 percent of respondents saw no negative or positive impact on liquidity following the implementation of the new rules. Meanwhile, 79 percent believed the proportion of volumes executed on eTrading venues had remained the same.

Over half of respondents – 65 percent – claimed to have had no issues with the “extensive reporting requirements” under MiFID II. But in another question, 52 percent of respondents agreed that there had been confusion or a lack of clarity around MiFID II and its impact on traders, with 31 percent citing “onerous documentation” as their biggest complaint.

So far, the new regulations appear to have caused little change in the forex market. In the year ahead, the biggest transformations will likely arise from the resolution of certain economic tensions, such as the US’ trade agreements, Brexit and the looming global slowdown. The 2019 World Finance Forex Awards recognise and congratulate the companies that continue to anticipate these changes and have paved the way for success in uncertain times.