During the lockdown periods that characterised much of last year, prospective retail traders decided to delve into the forex market. This explosion in digital footfall has prompted an accelerated upgrade to infrastructure, which can only be good for the market 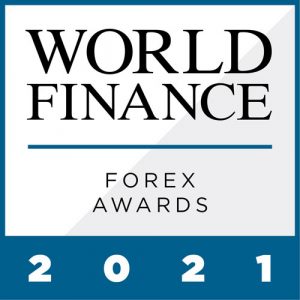 The world may have been forced to sit at home since March last year, with foreign travel all but halted, but perhaps paradoxically, foreign exchange markets have been booming. The FX and precious metals streaming price provider FXSpotStream said in May that volume figures in foreign exchange markets for the previous month over its network of 15 banks, which include such global giants as Bank of America, Barclays, BNP Paribas, Citi and Commerzbank, hit $48.7bn, up more than 43 percent compared to April 2020.

At least part of the explanation seems to be that because people have been sitting at home, they have been drawn to online dealing out of ‘lockdown boredom.’ Hargreaves Lansdown, the UK’s largest investment platform, revealed a 40 percent jump in net new business for the last half of 2020, adding 84,000 new users, as people stuck at home turned to retail trading platforms. The company’s chief executive, Chris Hill, said a rush of younger investors had pushed the average age of the company’s platform users down from 54 in 2012 to 47, with the average age of people taking out accounts for the first half of the financial year just 37.

The rise of mobile trading
In February, Trading 212, founded in Bulgaria in 2005, which today claims to be the UK’s number one trading and investing app by number of downloads, announced that it had become the most downloaded app overall in the UK, and it would be temporarily pausing new account openings because of the huge demand. Online forex trading platforms have opened up the market to retail investors, with nothing more required to start trading than a mobile phone and an internet connection – it is reckoned that more than a third of all retail FX traders use smartphones or tablets to conduct their business. The size of the market and the ease of making foreign exchange trades, with brokers happy to provide would-be traders with low costs of entry, mean that the number of global players in the FX market is huge.

From an era when forex trading was exclusively in the hands of Savile Row-suited investment bankers and brokers, we are now, in the third decade of the 21st century, looking at a world where technology has democratised the foreign exchange market, and traders in countries such as China and India are able to enter the market on an equal footing with operators on Wall Street or in the City of London.

Investment in infrastructure
The roll-out of 5G mobile network technology is also going to boost the prospects of small traders, with an increase to the speed of transactions, and a better and more quickly updated picture of the global market available on the screens of smartphones.

The pandemic resulted in a huge rise in internet traffic, with hundreds of millions at home, either working or watching movies streamed to their computers, phones and tablets, and the system buckled, with, it is said, average daily traffic volume equal to the weekly volume of the previous year.

Telecommunications companies learnt the lesson and are increasing investments in infrastructure, with developments such as a new optical fibre network based on graphene technology. This will mean an easier life for internet traders, with less risk of missing the right moment to close a position because your connection has suddenly gone down.

But the risks can still be high – and one study found that just 0.4 percent of retail forex traders achieved more than four back-to-back profitable quarters. This means that for every 1,000 traders, 996 will make losses at some point during any given year. The best brokers are those that explain the risks to would-be traders and provide them with the most sophisticated tools, including risk prediction software, automated trading programs, top-notch analytics and the like. This thorough education in the best strategies to adopt helps ensure their clients do not get out of their depth, not least by making sure their investments are properly protected.

They also have the server and data centre technology in place to ensure clients never lose out because of technological problems, for example, if one data centre is overloaded, a client’s trading platform automatically switches to a less busy one. Unfortunately, there are a number of firms around happy to exploit would-be traders, who have been told that involvement in the FX market is the way to make your fortune. With forex markets open 24 hours a day, there is always a deal to be made somewhere, and the sheer size of the market – $6.6trn in 2019, according to the Bank for International Settlements’ last triennial survey – means the temptation for those who enjoy a gamble is enormous.

The results, for those who do not do their homework when it comes to ensuring that they are dealing with someone trustworthy, and that the proper protections and safeguards are in place, can be disastrous. Joanna Bailey of Giambrone Law, which has offices across Europe, from Oporto to Munich, including Glasgow and London, said her firm has more than 3,000 case files related to alleged forex scams. Individual losses ranged from £10,000 to £4m with almost all investors believing their money was protected by the UK regulatory setup, only to discover, after having been hit with big losses, that their investment was made through an offshore company with no UK legal protection in place.

These sorts of rogue operators add to the problems faced by retail traders, who already have to overcome a multitude of problems trying to buck the market and make a profit, when it is estimated that 70–80 percent of retail traders lose money overall while trading forex and other leveraged contract-for-differences instruments. There is a very good chance, therefore, that a trader could lose their entire capital if they do not conduct proper risk management, and even end up owing more than they started with.

Small traders are also likely to come under increasing pressure as big banks, trying to cope with the competition for the fastest speeds and tightest prices in a world of electronic and algorithmic trading, look to outsource their foreign exchange businesses. Observers say this could increase big lenders’ dominance of global currency trading. There is already an increasing concentration in FX market share, with the five top banks taking a 41 percent slice in the first half of 2020, up from 37 percent in 2016.

London calling
However, one aspect of the global forex market that looks unlikely to change is the dominance of London, despite Brexit. Professor David McMillan of the University of Stirling said: “The UK has 43 percent of the global forex market, and this has increased by six percentage points in three years. In forex, London has several important advantages. The location and time zone are a midpoint between the US and Asia. It has scale in having such a significant number of international banks in one city, plus the network of supporting services.” With EU expertise scattered across cities such as Amsterdam, Frankfurt and Dublin, London also has the infrastructure required for state-of-the-art high-frequency trading, not least the transatlantic cabling landing stations and data centres. As a result, Professor McMillan said, London “will probably continue to dominate this market.”

A list of the companies awarded in the World Finance Forex awards 2021 can be seen below.