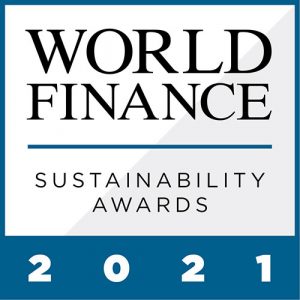 If the pandemic has taught us anything, it is that all kinds of organisations can collaborate to achieve near-miracles if the situation demands it. As the Bank of England’s Sarah Breeden, an authority on climate scenario analysis, pointed out in a speech in mid-May 2021, in a remarkable endeavour, scientists, academics and universities joined forces with pharmaceutical companies and governments to develop COVID-19 vaccines “at unprecedented speed.”

Back in March 2020, this task was seen as nigh on impossible, but it happened because the partners brought to it “urgency, innovation and collective action.” Now though, the same resourcefulness and urgency needs to be invested in the race to net-zero emissions by 2050 in what she describes as “a multi-decade marathon in which we need everyone to finish.”

And the financial sector finds itself right in the middle of this marathon, not as an observer but as a participant with almost immeasurable responsibilities. As Breeden explains, the world is relying on banks and insurers to manage the transition of high-emitting businesses to net-zero by providing not just finance but also risk-management solutions while also supporting new green companies and technologies that take the world in the right direction.

There’s only 30 years to go, but what might be called the Biden factor is accelerating the momentum towards the kind of sustainable financing that the state of the planet requires. Within the first 100 days in office, his administration approved a nearly $2trn spend on climate-virtuous actions in the next four years and recommitted the US to the Paris goals in a complete reversal of President Trump’s repudiation of them.

Washington is backing up this gigantic budget with some serious human firepower. The new president’s climate executive is Brian Deese, the director of the National Economic Council, who was one of the architects of the original Paris Agreement. And his ‘climate czar’ is John Kerry, the special presidential envoy for climate change who has made it his job to ginger up laggard nations.

Right on cue, the market for sustainable investment has held well through the pandemic and looks set to grow rapidly. ESG-focused assets significantly outperformed the market in the wake of the COVID-19 crisis, according to Bloomberg. Of the more than 2,800 ESG-themed funds that it tracks, the average year-to-date decline by March 13, 2020 – approximately the mid-point of the big pandemic-triggered sell-off – was 12.2 percent, less than half the decline of the S&P 500.

But that was in the early stages of the pandemic. Later data interpreted by FE Analytics, a research organisation, confirms that trend. The average ESG fund delivered a 10.1 percent total return during the latter half of 2020 while non-ESG assets averaged a total return of just 4.09 percent.

A sense of urgency
The message is clear. As the Biden administration, the EU, UK, Scandinavian and other enlightened governments embed net-zero goals into all their actions, ESG investment will gather momentum. “Companies will undoubtedly be subjected to an increasing set of non-financial reporting requirements – such as disclosing their ESG impact – which will in all likelihood adversely affect the ability of poorer performers to raise capital,” argues a thoughtful white paper, released in early 2021, by global asset manager Janus Henderson Investors.

Triggered by investor demand, the volume of ESG-type assets is growing. According to PwC, in the third quarter of 2020, 105 new ESG funds were launched, bringing the total to 333, a record. There’s no sign of the momentum slowing. By 2025, ESG funds are predicted to have a higher value of assets under management than their conventional counterparts. If that happens, it would represent a 28.8 percent compound annual growth from 2019.

Yet as private enterprise struggles free of the pandemic, there is a grave danger it could be deflected from planet-saving behaviours. That’s because there are so many irons in the fire of sustainability that the biggest threat may not get the total attention it requires. Namely climate change. Currently, the definition of sustainability is so broad that it comprises the integrity of supply chains, employee welfare, social responsibility, levels of remuneration, gender balance and enlightened governance as well as the all-important environmental considerations.

With the best of intentions, a variety of global organisations are contributing to this confusion. For instance, the World Health Organisation insists that businesses have a responsibility to eradicate depression and anxiety among their employees, which, it estimates, costs about $1trn in global productivity every year. But private enterprise cannot be held responsible for everything that is wrong with the world. After all, its primary responsibility is to turn a profit, which is nothing more nor less than the price of survival, as Peter Drucker, the founder of management theory, always pointed out.

If lenders get it right, they can make a huge contribution to net-zero while boosting employment, productivity and profits

Banks and insurers cannot afford to be distracted though. As Breeden explains, the financial sector needs to look a lot further ahead than they have been accustomed to doing. In practice, central banks will insist that it takes a much more proactive and thoughtful view of lending practices so that climate-damaging projects don’t attract funds.

The scale of the financial sector’s new-found role is enormous. By 2050, emissions from the biggest activities on earth – surface transport, heating of buildings, manufacturing, food production and electricity grids – must be almost completely eliminated. Simultaneously, the earth’s breathing power must be massively increased, for instance by planting more trees. This means that banks and insurers will be required to pour credit into projects that involve renewables, substitute fuels such as hydrogen and carbon capture among numerous others while steadily phasing out support for harmful activities.

If lenders get it right, they can make a huge contribution to net-zero while boosting employment, productivity and profits. However, the challenges are daunting. As Breeden notes, there will be uncertainty about which are the best green investments. “Markets will not allocate capital perfectly and, without certainty about policy and technological outcomes, there may be bumps in the road as they absorb news about our path,” she warns.

Committing to net-zero
The clear implication is that lenders can’t be just lenders, merely allocating capital in the expectation of a return. Fundamental to the task will be an understanding of science and technology so they can reach an informed assessment of the likely contribution of a particular project to the ultimate goal of net-zero. Also, it is inevitable that some projects, particularly those based on evolving technologies, will be difficult to evaluate.

Help is at hand though. In the UK and elsewhere, the financial sector is working closely with government organisations to understand the science and technology that will underpin the race to net-zero. As Bill Gates has said, some of the solutions will emerge from technologies we have not yet heard of.

After all, as recently as a decade ago few gave much credence to the emergence in sufficient scale of electrically powered vehicles, the production of biofuels, hydrogen-driven trucks and trains, or wind-powered ships. Yet all of these ‘green swan’ events are happening as the transport revolution gathers pace.

Enlightened shareholders are also contributing to this mission. As Hortense Bioy, director of sustainability research at Morningstar, points out, investors are pouring into assets that rate well on ESG measurements. According to Morningstar, nearly 60 percent of sustainable funds delivered higher returns than their conventional counterparts over the last decade. It’s sobering to reflect that sustainable investment, originally labelled socially responsible investment, was considered wacky even as late as the millennium.

Collective push
Prodded by shareholders, some of the world’s biggest companies have made a pledge to convert to climate sustainability. The RE100 initiative, a group of global companies pledged to be powered entirely by renewable electricity by 2050, is growing rapidly. Membership has rocketed from a little over 200 in 2019 to more than 300 in April 2021.

Countries are signing up too. No fewer than 110 countries have committed to net-zero. Some 60 central banks are on the case, working with climate scientists and global organisations such as the network for greening the financial system (NGFS) to make scenario planning work in the real world. The more engaged governments are wielding formidable weapons such as fiscal policy (taxes and subsidies) while supporting public and private research. Although not all governments are moving at the same speed, the leadership of the US, following the departure of climate-change denier Donald Trump, is expected to rally the laggards. As Breeden notes, some nations will need help. And here the financial sector, which is by default an international activity, will be called upon to keep governments honest.

Responsible central banks will expect lenders to develop their own climate scenario as part of “business-as-usual risk management,” in Breeden’s words, and embed climate risk management within day-to-day decision making. Thus there is the strong likelihood that the financial sector will provide some useful and practical insights into the global net-zero project. In short, agents of change. And the race has already started. “Time is running out,” says Breeden. “Perfection tomorrow cannot be the enemy of progress today.” A list of the companies awarded in the World Finance Sustainability awards 2021 can be seen below:

Waste Management
Ideas For Us (Mauritius)