After a successful 2017, the Islamic finance sector looks set to encounter significant challenges this year. The World Finance Islamic Finance Awards 2018 celebrate those finding growth opportunities in new markets despite this uncertain landscape 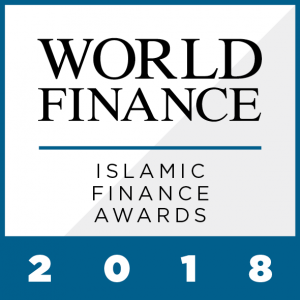 Heading into 2017, expectations surrounding the global economy were bleak. The fear was that the surprise political outcomes in the US and UK would send markets on a path fraught with unpredictable fluctuations. Ironically, the one thing that no one predicted occurred: relative stability.

With much of the world’s focus on the US and UK, significant results in Islamic finance were critically overlooked by many. Total sukuk issuance volume rose to $97.9bn in 2017, an increase of 45 percent from the previous year. According to S&P Global’s most recent Global Sukuk Market Outlook report, this performance has created good liquidity conditions in Gulf Cooperation Council (GCC) countries, where the majority of sukuk assets are held, as well as in emerging Islamic finance sectors elsewhere. While growth in sukuk issuance is expected to slow in 2018 as governments rein in their budgets, the next few years will be filled with promise and challenge in equal measure. Geopolitical instability and the persistently low price of oil will make long-term success a difficult goal that only the strongest players in the industry will be able to achieve.

The 2018 World Finance Islamic Finance Awards celebrate the most successful operators in the sector, both in the GCC and abroad. With as many risks as opportunities on the horizon, identifying the best in Islamic finance is now more pertinent than ever. The ethical finance model is in ever-growing demand, and the winners of this year’s awards have set themselves up to capitalise on significant interest from new and unlikely sources.

Mixed expectations
If current trends continue, Islamic finance is expected to become an even greater force in the world than it already is. According to the fifth edition of the Islamic Finance Development Report, released in December 2017, growth in Islamic finance has not come to a standstill despite a broad economic slowdown in GCC countries. The report, which was compiled by business intelligence company Thomson Reuters and the Islamic Corp for the Development of the Private Sector (ICD), indicated that as more investors seek sustainable and ethical investments, Islamic finance is receiving greater attention from a larger variety of sources. Based on the report’s findings, the global Islamic finance industry will reach a total global asset volume of at least $3.8trn by 2022, representing an annual growth rate of 9.5 percent.

“The data make it clear that the industry is continuing to grow and develop despite the slowdown,” said Mustafa Adil, Head of Islamic Finance at Thomson Reuters, at the release of the report. “It is evident that Islamic finance can serve as a strategic tool for policymakers to cope with the slowdown, especially in the Middle East. This can be seen in the many steps taken by governments and regulatory authorities, such as introducing new regulations for the Islamic finance sector, raising awareness of the industry among potential market players through hosting seminars, or building a roadmap to plot development of the overall industry.”

A critical point
Still, the consequences of the economic slowdown will not go entirely unfelt. The dramatic surge in sukuk bonds issued during 2017 is unlikely to be repeated in 2018, thanks, in part, to the persistently low price of oil. While the situation is nowhere near as dire as it was in 2016 when the price of oil crashed dramatically, the weakening that occurred has had a lingering effect on GCC countries.

The other challenges facing the region are the boycotts still surrounding Qatar. Launched in June 2017, the wide-reaching embargo by Saudi Arabia, the UAE, Egypt and Bahrain has affected businesses and institutions including Qatar Airways and the Al Jazeera news network. With the spat still ongoing and unlikely to be resolved any time soon, the closure of political and business channels will impact economic sentiment surrounding the region. It is impossible to predict how this will pan out, which is enough to worry any investor.

While Islamic finance has the potential to reach significant heights in the future, the next 18 months will be critical for businesses that operate in this space. The operators that will succeed are the ones with a broader vision than their competitors.

Going international
One area where Islamic finance has tremendous scope to grow is in regions beyond the GCC. The benefits of a country opening the door to Islamic finance can be clearly seen in the UK, which was the first western nation to issue a sovereign sukuk. It is now the West’s number one centre for Islamic finance, according to TheCityUK’s 2017 Global trends in Islamic finance and the UK market report. At the time of publication, the report stated that 65 sukuk, worth a total of $48bn, had been listed on the London Stock Exchange.

While the UK’s potential for Islamic finance is well known, Africa has also been highlighted as a location ripe with opportunity. S&P Global published an analyst note in August 2017, pointing out that Africa lagged well behind the rest of the world in terms of sukuk issuances despite presenting tremendous potential; a mere $2bn has been issued by only a small number of African governments.

The appeal of Islamic finance models in Africa exists on multiple levels, S&P Global posited. Much of Africa is in need of an infrastructure overhaul, and so the continent’s many development opportunities present a wealth of potentially lucrative investments. Given that sukuks need to be tied to tangible assets, these kinds of investments are a perfect fit for many of the projects that need to be undertaken. Additionally, these kinds of projects are appealing to investors. African investments offer a welcome opportunity to diversify portfolios significantly, making demand for private sector sukuk issuances in the region highly possible in the relatively near future.

However, there are challenges to be overcome before this can happen. S&P Global stated it only expects a few nations to take advantage of this opportunity due to the complexity of sukuk products. Often, there is not the structural, legal or taxation framework in place to facilitate a sukuk issuance, slowing down many potential investors’ entry into the market.

Despite these challenges, progress is being made: the ICD, which is the largest Sharia-compliant multilateral development bank in the world, has made significant efforts towards making Islamic financing models in Africa possible. The technical support of the ICD facilitated the sukuk issuances made between 2014 and 2015 in Senegal and Côte d’Ivoire, with more cooperation like this expected in the future. If the momentum to overcome these (admittedly large) technical hurdles remains, Africa could soon be nipping at the heels of London in terms of world-leading Islamic finance centres.

Between the challenges in the GCC and opportunities presented in Africa, the Islamic finance sector is in a difficult position, but one that can be successfully navigated by deft operators in order to unlock the industry’s great potential. With Islamic finance continuing a march of success in many markets and seeing greater competition, only the best
will remain successful. The World Finance Islamic Finance Awards 2018 recognise the businesses that will be ready to meet the tremendous opportunities that lie ahead with determination and focus.