In the midst of global economic uncertainty, there is a growing need for stability in the pensions market. The World Finance Pension Fund Awards celebrate those companies still thriving despite the odds 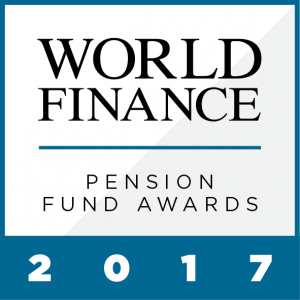 Economic uncertainty is always a challenge for businesses, and the pensions sector is certainly no exception. After several years of somewhat slow growth, the events of 2016 shook the industry to its core. Geopolitical tensions, creeping isolationism, market volatility and political upsets have forced the pensions sector to rapidly adjust to a new, unpredictable international business climate. With the industry still recovering from the 2008 global financial crisis, such market unrest is far from welcome.

In addition to this immediate economic turbulence, the pensions industry is also facing its own looming demographic crisis. Rapid advances in medicine, nutrition and sanitation are now seeing people live far longer, with average life expectancy reaching an incredible 85 years in some developed nations. Meanwhile, reduced birth rates and a decline in infant mortality have given rise to a rapidly ageing population in many of the world’s largest economies. With an ever-increasing number of retirees requiring state and private pensions, the pensions sector faces an immense challenge in the decades to come.

The World Finance Pension Fund Awards 2017 provide an insight into these shifting expectations in the pensions market and celebrate the industry’s most innovative players. While the future may present some problems for the sector, this year’s recipients continue to thrive by offering the best services and the most pertinent insights.

Growing demand
The world’s population is ageing rapidly. In 1950, people aged 60 and over made up just eight percent of the global population. That figure is now at 12 percent, and is expected to almost double to 22 percent by 2050.

With people around the world living for longer, there are consequently fewer working age citizens for every older person. This inevitably places a significant strain on the global pensions system, with international governments increasingly coming under pressure to ensure pensions remain financially sustainable and workable.

In countries with well-developed pensions systems, the poverty rate among retirees is often the same or lower than that of the general population. For example, pensioners in the UK are now financially better off than working age citizens, with the average pensioner household income overtaking the working age household income for the first time in 2017. However, a failure to adequately deal with the rapidly shifting demographics could result in a rise in old age poverty in even the world’s most developed nations. At present, state pensions tend to come from contributions made by taxpaying citizens, but as the population ages, there will simply be fewer taxpayers to support more retirees.

By 2050, some 40 percent of the population will be looking to claim pensions in various nations, including Japan, South Korea and Macau. While these countries currently boast well-developed pension funds, reforms must be made in order to adequately deal with population ageing. A failure to prepare for this demographic shift could result in rising poverty levels among the elderly, which would in turn place further pressure on healthcare systems and other public services.

While developed nations may be heading towards a future pensions crisis, many countries are still struggling to establish a workable pension system. In some Latin American, sub-Saharan African and Asian nations, pension schemes are almost non-existent or still at a nascent stage. In these regions, many citizens work in the informal economy, meaning they are not covered by social protections and do not pay taxes. As such, many developing nations struggle to provide a state pension for their elderly citizens, and are denied the crucial capital that can be generated from pension funds. The challenges to pension reform may be great, but the rewards will prove invaluable for many of the world’s developing nations.

A challenging year
On a more pressing scale, the pensions industry must now deal with the fallout from 2016’s various economic upsets. With a shock presidential victory for Donald Trump, the UK’s unprecedented decision to leave the European Union and an economic slowdown in China, the global economy has battled through a turbulent 12 months.

As the world adjusts to these new circumstances, economists have warned that inflation is likely to rise sharply in 2017, potentially reaching three percent in the UK and other European nations. Inflation rate changes have a profound effect on pension schemes, as high inflation can erode the value of retirement income.

Pensioners who purchase annuities are on a fixed income, which may not keep pace with rises in inflation. What’s more, cash savings and pension pots are hit hard by even low-level inflation, as the low interest rates on savings accounts simply cannot compete with rising inflation. For example, the value of £100 has more than halved over the past 20 years, thus wiping significant value from cash savings. Meanwhile, interest rates on global retirement incomes have been kept at near-record lows over the past decade in order to support the economy as it recovers from the 2008 financial crash. This means that people retiring today will ultimately receive just half the income of those who became pensioners in 2000.

In order to offset rising inflation in the US, the Federal Reserve has already taken the base interest rate to one percent, and has warned there will be more rate hikes to follow in 2017. With these high levels of inflation and low levels of interest on retirement incomes, 2017 could shape up to be a challenging year for the pensions industry.

Going digital
Like many financial services, the pensions industry is increasingly looking to digitalise its operations. As retirees become more tech-savvy, pension providers are attempting to introduce a new range of digital initiatives, particularly in their advisory services. According to accountancy giant EY: “2017 is set to be the year when so-called ‘robo-advice’ will make a real breakthrough.”

For many middle-income retirees looking to make the most of their pension pots, visiting an independent financial advisor can prove extremely costly. Due to a fear of exposure to future complaints, many advisors demand large fees in exchange for their services, often leaving pensioners with no choice but to make crucial retirement decisions by themselves.

In order to make quality financial advice more readily available, some pension providers are beginning to offer robo-advice services, which combine algorithms and automated online responses to give customers real-time counsel. Offering an effective and less costly alternative to a human advisor, intelligent robotics can help steer retirees towards financial products and pension plans that best suit their needs and savings goals. While such services are still something of a novelty, the pensions industry is set to embrace technological advances as we look to 2017 and beyond.

As the pensions sector prepares for the changes and challenges of the months ahead, the World Finance Pension Fund Awards celebrate the companies setting new standards worldwide. The winners of this year’s awards truly embody the future of the pensions industry, demonstrating adaptability, innovation and excellence in their services. For an insight into the industry’s top performers, take a look at our 2017 winners.