An unpredictable 2016 has reaffirmed the need for wealth managers to be flexible and consider multiple outcomes. The World Finance Wealth Management Awards commend the firms that are ahead of the curve 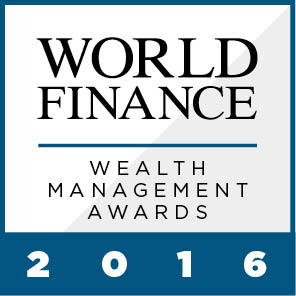 In the past 12 months, financial markets across the world have been plagued by uncertainty. Whether we have been facing seismic political activity, the threat (or freedoms) bequeathed by technology, or the changing demographics of the high net worth market, we currently find ourselves in a position few would have predicted this time last year.

Unfortunately, uncertainty does not sit well with investors or those within the wealth management sector. This is something recognised by Ken Fisher, Chairman of US wealth management firm Fisher Investments, which itself has $71bn in assets under management. He once wrote in Forbes: “Hundreds of investors ask me questions each year about the dilemmas they confront. Their worst problem? Uncertainty. They are traumatised and become emotional or confused to the state of inaction. Even worse, they try to solve a short-term problem in a way that hurts them financially in the long run.”

The ability to deal with uncertainty and the resulting nervous investors, therefore, are vital characteristics for any wealth management firm. Indeed, these are traits that World Finance’s 2016 Wealth Management Award winners have perfected, having shown an ability to seamlessly adjust to changes in the market, no matter how unpredictable. Amid the trials and tribulations of the past year, just some of which we examine here, these companies have seen opportunity, and put themselves and their clients in a better position as a result.

Political earthquakes
The financial markets suffered not one but two political earthquakes in 2016, both of which had – and will continue to have – massive implications for wealth management worldwide. These were, of course, Britain’s decision to leave the EU and Donald Trump defeating Hillary Clinton in the race to become the next US president.

Following June’s unexpected Brexit result, the stock market was plunged into chaos and the outlook, for many, seemed bleak. Markets then recovered somewhat, offering glimmers of hope for future growth, but a recent report has thrown the cat among the pigeons once more.

Credit Suisse described the UK as “the main loser” of the year in its Global Wealth Report 2016, revealing household wealth fell by $1.5trn as a direct consequence of the referendum result. “The impact of the Brexit vote is widely thought of in terms of GDP, but the impact on household wealth bears watching”, said Michael O’Sullivan, Chief Investment Officer of International Wealth Management at Credit Suisse. “Wealth per adult has already dropped by $33,000 to $289,000 since the end of June. In fact, in US dollar terms, 406,000 people in the UK are no longer millionaires.”

These revelations will do nothing to comfort investors – or Prime Minister Theresa May, for that matter, as she battles to initiate the two-year process to leave the EU. For now, with Brexit plans up in the air, markets in the UK will continue to be unsettled, which means wealth managers should prepare for more turbulence and must consider multiple outcomes.

“Trump was the outsider who represents uncertainty, which always creates volatility in the markets”, said CEO of deVere Group, Nigel Green, following the election. “Savvy investors will know and capitalise on the fact the shock result will, despite the recovery of the markets, still create some key buying opportunities due to Trump’s protectionist rhetoric during his campaigning.”

Green went on to explain how some sectors, such as mining and oil, would be set for a boon, assuming Trump follows through on his promises to limit environmental laws. In addition, potential tax cuts for high net worth individuals and corporations could help boost investment. And so, rather than celebrating into the night, the shrewd wealth manager should already have been planning their next step.

The rise and fall of robo-advisors
One thing that was predicted in 2016 was the continued rise of robo-advisors in the wealth management sector. These are firms that utilise client survey data and complex algorithms in order to provide asset allocations and customised financial services for clients. Early signs were positive for such companies: industry heavyweight BlackRock had set the pace in 2015 by acquiring digital-based FutureAdvisor, and Atlanta’s Invesco followed suit by acquiring automated Jemstep in January 2016. Allianz then purchased a stake in Italian robo-advisor MoneyFarm in September. Meanwhile, in the past two years, Vanguard, Fidelity and UBS have all began to roll out their own digital services inspired by the rise of robo-advisors.

Nonetheless, a large number of robo-advisors have struggled to make an impact this year, casting doubt on Citigroups’s 2015 estimate that they could manage assets of $5trn in the next decade. London-based Nutmeg, an online service designed to ‘democratise wealth management’, epitomises this struggle – it is still making a loss, despite receiving a further £30m ($38m) of investment in November 2016. “Disrupting an exclusive industry was always going to be a tough challenge, but it is one that we relish”, Nutmeg CEO Martin Stead said while announcing the latest round of investment.

Arguably, the fact investors have shown such faith in Nutmeg, regardless of its lack of joy thus far, is a positive for the robo-industry going forward. But not all UK firms can be as positive as Stead. Wealth manager SCM Direct estimated that an average robo account would need 11 years to break even. “UK robo-advisors are wired to lose money, and most will go bust before acquiring the sizeable assets under management to ensure their sustainability”, SCM claimed in a report entitled The Sense and Sensibilities of UK Robo Advice.

Changing the face of wealth
SCM’s findings fuel the debate as to whether these new firms are capable of penetrating the high net worth market at all. “We see the advent of robo-advice as an example of automation improving the productivity of traditional investment advisors, and not a situation where there is significant risk of job substitution”, Citigroup stated in its Digital Disruption report. “Higher net worth or more sophisticated investors will, in our view, always demand face-to-face advice.”

While this may be the case now, the make-up of the high net worth is changing, and wealth managers will need to adapt to the new demographics eventually. One hugely influential factor in this regard will be the retirement of Baby Boomers, who will likely transfer their wealth to their children. Deloitte identified this as one of its ‘10 disruptive trends in wealth management’ and said it will initiate the largest wealth transfer in history.

“Over the 55-year period from 2007-2061, $58.1trn is expected to move from one adult population to another”, Deloitte’s report revealed. “Historically, wealth transfers from one generation to the next have resulted in 90 percent of heirs changing advisors, presenting both an opportunity and a major threat for WM firms.” Assuming wealth does transfer in this way, the new breed of high net worth individuals may demand more than just face-to-face services, and so those to embrace technology and adjust their offering could benefit later on.

There has been a great number of obstacles for wealth managers to navigate in 2016, and with a shroud of uncertainty still looming over the global markets, there will evidently be further challenges to come in the next few years. Our Wealth Management Award winners are well placed to deal with unpredictability and can look forward into the unknown full of confidence.