Britain: broke and battered, or back for business? 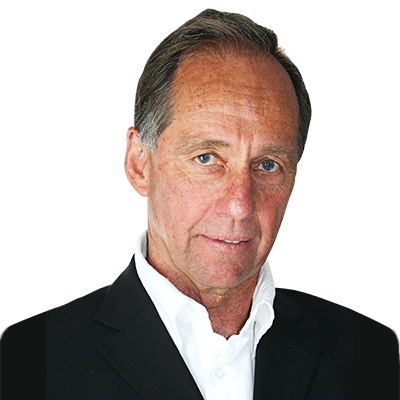 Vilified though they often are, foreign exchange traders do at least do their homework. And they like what they see in the sterling, one of the world’s oldest currencies. Between August 2013 and mid-January 2014, the British pound improved by eight percent against the dollar and by five percent against the euro as the fx-jockeys decided to back Britain.

And after a few false starts since the onset of the financial crisis, the sterling’s gains are now based on fundamentals rather than on a frenetic search for yield. “The difference between this particular recovery compared to previous ones is that it looks to be more broad-based,” explains Chris Towner, Director of HiFX, a London-based foreign exchange advisory service. “[The gains] don’t involve just the service sector but manufacturing and construction too.”

And he could have added a long-awaited surge in the retail sector. In an unexpected Christmas present for Chancellor of the Exchequer George Osborne, Britain’s shops recorded a 2.6 percent jump in sales during a Yuletide spending spree. Ultimately, retailers rang up the biggest annual gains in nine years in what economy-watchers described as a sign of consumer confidence.

The other numbers that traders like to study are also coming up on the plus side for the sterling. The unemployment rate has been falling steadily and, early in the New Year, dropped as low as 7.4 percent, meaning an extra 250,000 new jobs had been created during 2013. Just as pleasing to Her Majesty’s Treasury, which fears an abrupt return to growth may trigger a rise in prices across the board, the inflation rate is sinking. At the start of 2014, the consumer price index was heading towards the official target of two percent for the first time in four years.

Combined, these numbers prompt Towner to predict that “the pound should continue to benefit from the strengthening economic backdrop through 2014.”

Desperate measures
If the sterling does indeed bounce back, it will have been a long hard fight since the financial crisis. As the economy fell off a cliff in much the same way as it did in Europe and the US, the Bank of England adopted similarly desperate measures as the US Federal Reserve. It slashed the bank rate, the benchmark measure for the price of credit, to historically low levels – in fact from 5.75 percent in late 2007 to 0.5 percent in early 2009 – and turbo-charged the printing presses under what quickly became quaintly known as ‘quantitative easing’ or, an even better circumlocution, the ‘asset purchase programme’. Billions of new money was poured into the economy, with the IOUs now held by the Old Lady of Threadneedle Street.

Britain was ill-prepared for the crisis. Individually, Britons had gone on a debt-funded spending spree that broke all records – collectively they owed £1.2trn, more than the nation’s total GDP. And some of the biggest banks did their best to encourage it with 130-percent mortgages that fuelled a house-price bubble.

The government itself was heavily over-borrowed after years of deficits. But that was only reported debt – on top of the official debt had to be added pension and other obligations that added up to at least another £1trn. On top of all this, the UK had the world’s worst banking crisis after Wall Street. It has emerged since then that prime minister Gordon Brown considered ordering out the army to maintain law and order in the event of a general run on the City – heart of the financial sector. For the vulnerable state of the UK, most economists lay the blame squarely on the Labour government ousted in the wake of the crisis – and particularly on its wild spending on the public sector, often labelled as the non-productive element in the economy. In the vital year of 2008-09, the government was still pouring £630bn into the public sector, compared with £389bn just seven years earlier. For the first time in British wage history, civil servants earned more on average than those in the private sector. They also luxuriated in feather-bedded conditions, including pensions that were – and still are – far more generous than those prevailing in the business world.

And despite savage cuts by the new Conservative government, it will take years to roll back these gold-plated conditions. “The reality is that the UK public sector is grotesquely over-managed to the detriment of the national finances, but of the front-line workers and of the users of social services as well,” argued economist Dr Tim Morgan, in a devastating analysis of how bloated government had become.

But nor was the business world in a fit state to ride out the storm. The dirty secret of Britain’s commercial sector was its poor productivity, roughly 10 percent below Germany’s and a massive 20 percent below that of the US (see Fig. 1).

And while most of Europe’s leader nations long ago adopted measures to protect from foreign takeovers of their ‘champion companies’ – giant businesses that would help them work through the post-2008 rubble – Britain has for decades allowed nearly all its iconic companies to fall into other hands. The list includes Heathrow Airport – indeed, much of its aviation infrastructure – the entire automobile and railway manufacturing industries, and most of the energy companies.

“Britain is almost alone among major developed economies in that it has allowed its utilities, airports and other key strategic assets to become foreign-owned”, points out Dr Morgan.

Temporary triumph?
But does the recovery of the sterling presage a genuine economic recovery after many a false dawn? As the Bank of England’s Chief Economist Spencer Dale wondered out loud in a speech in December: “Why, after throwing everything bar the kitchen sink at the economy over the past few years, has it started to grow only now?”

Dale, who also holds the crucial role of Executive Director of Monetary Policy, attributes Britain’s fightback to two main factors. First, after a long drought, credit is finally flowing more easily to companies and households, a welcome event that Dale attributes partly to a stronger banking sector. And second, that elusive but vital element in any recovery – economic confidence – is higher. “It seems clear to me that uncertainty and fear greatly amplified the initial impact of the financial crisis,” he explained. “The good news is that the cloud of uncertainty has started to lift [and] can provide a powerful spur to recovery.” But things won’t be the same as they were. As the UK fights back from the brink, its chequered relationship with the crisis-hit EU is undergoing an agonised examination. The influential Confederation of British Industry (CBI) – the main lobby group for industry and the business world in general – has concluded that Europe no longer offers the promise it once did. After all, the 28-nation bloc narrowly escaped the collapse of the euro and the currency is still not completely out of the woods. At least half of the economies are weak, including some of the biggest, such as Italy, Spain and France, and it will take years of painful restructuring to restore to full working order.

Although the CBI doesn’t advocate a summary withdrawal from the bloc – “we should remain in a reformed EU”, argues Chief Executive John Cridland – the organisation has run out of patience with Brussels’ notorious talent for empire-building and red tape – the much-feared ‘regulatory creep’. Explains Cridland: “There is particular annoyance at the sense of a creeping extension of EU authority regulating on trivial issues sometimes counter to the wishes of the UK and its citizens.” And although many Britons individually reveal a growing impatience with Brussels’ relentless rule making, they remain direct beneficiaries. According to McKinsey, membership of the EU is worth approximately a net £1,200 to every UK household.

Similarly, while eight out of 10 members of the CBI have no intention of turning their backs on the EU, mainly because it still provides their bread and butter, they are looking beyond the land mass just over the channel to more exciting markets. In effect, Britain, which prides itself on being a great trading nation, has rested on its laurels and relied too much on the opportunities on its doorstep. As a major recent CBI study points out, less than three percent of UK’s total exports go to China and less than seven percent are sold in the four big BRIC nations (see Fig. 2).

Debt mountain
Britain is still mired in debt. By the estimates of consultancy Tullett Prebon, the UK government will, by the end of next year, bear the burden of some £3.15trn in debt. That’s a towering 180 percent of GDP. As Dr Morgan has warned, “the bill [for the crisis] hasn’t turned up yet.”

And although individual Britons have been paying back their credit cards, they still hold record levels of consumer debt and many are struggling to make ends meet. The Trades Union Congress estimates that the average worker has suffered a 6.3 percent fall in real terms in their pay packets in the last five years (see Fig. 3) – and the Bank of England agrees in general. That represents a loss of around £30 a week. And, as the Centre for Research in Social Policy, an economic think tank, points out, the cost of living is rising faster than average earnings.

“There’s a plethora of evidence pointing to the extent to which real wages have fallen in Britain since the crisis,” says Professor Kim Hoque of the Warwick Business School. He supports the idea of a “living wage” – higher than the minimum wage – that would allow the lowest-paid to enjoy an acceptable quality of life. On the bright side, the giant mortgage lenders heaved a sigh of relief in January when the housing market hit its highest point in six years. That means that a few thousand more mortgagees no longer owe more than their property is worth.

The turnaround
There’s still a lot to be done. As Dale points out, the scars are still deep: “Yes, our economy appears to have turned a corner. And yes, there are good reasons for optimism that the recovery will persist. But we can’t take it for granted. There’s still a long way to go.”

Britain’s biggest banks are only halfway through a process that will take them back to their roots by splitting higher-risk investment activities from the traditional deposit-taking role. “Banks are going to need to significantly change their business models,” explains Professor Andre Spicer of the Cass Business School. “They will need to move out of more risky and lucrative markets and become simpler, more conservative and more sustainable institutions.” Under the new model, the investment-banking arm will no longer be able to rely on the government safety net that pulled them through the crisis.

Nobody knows exactly how the Bank of England will extricate the UK from quantitative easing, although officials are working on it. And that’s just the official IOUs. It will take a lot of penny-pinching before the nation’s credit cards are restored to order.

Nor can anybody accurately quantify the effect of the possible secession of Scotland from the UK. In September, its citizens will vote in a referendum to stay or leave the UK, after an independence campaign vigorously espoused by First Minister Alex Salmond. With just a few months to go, it’s believed the vote will be close.

Like other European economies, Britain still has a long way to go. Perhaps the last word should be left to the central bank, which did so much to guide the nation through the Great Recession. “The damage and losses associated with the financial crisis and the years of frustration and disappointment that followed won’t be reversed simply by one or two quarters of strong growth,” predicts Dale.