India’s prime minister has unveiled a new $108bn plan to drastically improve the country’s inadequate road infrastructure. But are his plans too ambitious? 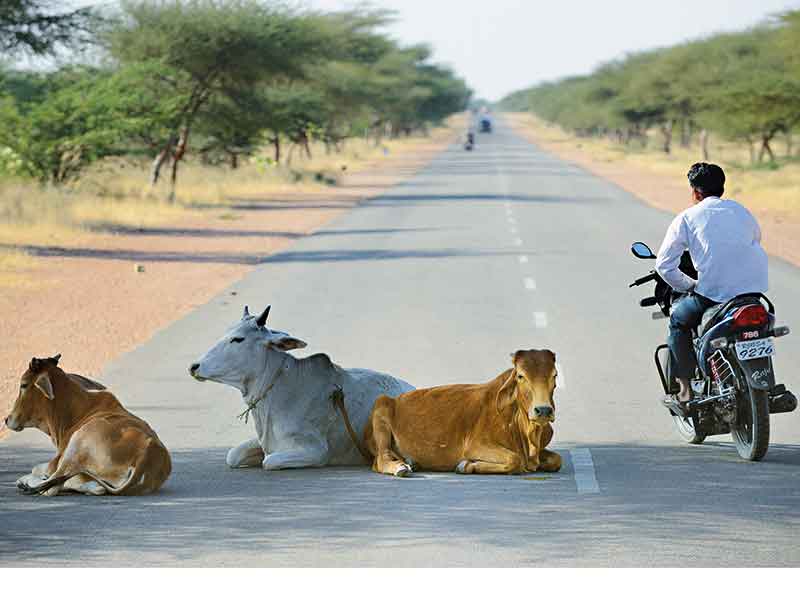 Though India is home to the world’s second-biggest road network, which sprawls 5.4 million km throughout the vast country, its roads are among the worst – and deadliest – on the planet. In the last decade alone, around 1.2 million people have died in road-related accidents, an amount that is estimated by India’s Ministry of Road Transport and Highways (MORTH) to cost the country as much as three percent of its GDP. Aside from such direct losses, India’s failing road network is also responsible for strangling the economy.

Perhaps unsurprisingly given his unremitting efforts to boost India’s economy, on October 24, Prime Minister Narendra Modi announced a new project that could forever change the face of the sector, bringing with it numerous economic opportunities. With an enormous $108bn price tag, over the next five years the Modi regime plans to build more than 83,667km of roads – a distance that would circle the globe twice.

Connecting the land
While the programme involves numerous new roads that will weave throughout India, the pearl of the project is the Bharatmala Pariyojana, an expansive highway that will cut across the country, connecting Rajasthan in the north-west and the state of Arunachal Pradesh in the north-east. Once completed, the highway will make India’s infamously treacherous terrain far more traversable for individuals, tourists, businesses and goods alike. The Bharatmala Pariyojana alone is expected to cost some INR 5.35trn ($82.9bn) while a further INR 1.57trn ($24.3bn) will be spent on constructing another 48,877km of roadways.

“Given the current pace of road building, the target is unrealistic,” said Vivek Kaul, author and economic commentator on India. “The government plans to build a total of 83,677 km of roads over five years – this implies building 16,735.4 km of roads on an average in each of the five years.” When considering the sector’s recent track record, it’s easy to see why many consider the plans to be a tad optimistic.

MORTH states that between 2014 and 2015 only 4,410km of national highways were built. The following period, 2015 to 2016, saw progress, with the construction of 6,061km of roads. Things have since improved considerably as, according to the Hindustan Times, the number of roads constructed between 2016 and 2017 leapt to 8,200km. But even so, Modi’s $108bn project requires an even greater acceleration.

Kaul elaborated: “If the government [is] to achieve the road-building target that it has set for itself over the next five years, it has to more than double the speed at which it built roads in the last financial year. And then maintain it for five years. This seems like a tall order,” he said. “Having said that, targets always need to be slightly stretched from what has been achieved in the past.”

Model funding
Only a day after coming into power in 2014, Modi promised to build 41km of roads every day – all too aware of the importance of transportation infrastructure in promoting business, manufacturing, tourism and employment levels. Yet, despite the government trying various models, the sector’s limited expansion is largely attributed to a lack of private funding.

Hesitation from private investors came to the forefront around 10 years ago when a rush into public-private partnerships (PPPs) for large-scale projects left many private companies with bigger financial risks than they could manage. Consequently, numerous projects came to a sudden halt, with as much as 10 percent of non-performing loans in India’s financial sector linked to failed infrastructure deals. Reports of corruption and ineptitude within India’s Border Roads Organisation have also scared off investors, particularly as the agency only managed to build 36 percent of the 61 roads planned between 1999 and 2012 – with many coming to a permanent impasse due to unworkable terrain.

The announcement made in October last year, however, is expected to drive up private investment considerably. One model that has been gaining traction in recent years is ‘engineering, procurement and construction’ (EPC), which incorporates construction work by private developers and funding by the government. According to a report by EY, Engineering Procurement & Construction (EPC) – Making India brick by brick, after several years of PPP models being favoured, more highway contracts are now being awarded on the EPC model.

In a bid to facilitate private funding further, 100 percent foreign direct investment is permitted into the road sector, unlike other areas, resulting in a growing number of foreign firms seeking to capitalise on its vast growth potential.

The state has also developed a new hybrid annuity model, in which it contributes to 40 percent of a project cost in the first five years, while private players cover the remaining 60 percent after the completion of the project. With such models in place and fast gaining popularity, plus the involvement of various government agencies, some argue that it might be possible for Modi’s 83,000km target to be met in just five years’ time.

Land needed
But while funding is its own issue entirely, land acquisition is yet another barrier to overcome. The failure to acquire land has been a long-standing problem in developing India’s road infrastructure. “Acquiring land to build roads will not be an easy task,” Kaul told World Finance. “Take the case of the Delhi-Mumbai Industrial Corridor, which was announced almost a decade back. While work has started on it, most of the corridor is still plagued by land acquisition issues.”

Unlike China, where road infrastructure has been developing at a rapid pace (85,000km of freeways were built between 1990 and 2011 alone, nine years ahead of target), there are far more hurdles in India, starting with its more litigious and democratic system. The government is far more sympathetic to farmers’ wishes than neighbouring Beijing, and building roads through the countryside is unpopular among rural communities.

Economic benefits
Improving India’s road network is a vital step in Modi’s aggressive economic development plans. “National highways and state highways, which connect the length and the breadth of the country, form only 4.7 percent of the surfaced roads. This figure obviously needs to be improved on if goods and people are to be moved at a faster pace from one part of the country to another,” said Kaul. “Also, it is important to connect the hinterland with the ports well, in order to ensure that a programme like Make in India takes off at a rapid pace.” He continued: “Over and above this, better roads always add to the ease of doing business, which India currently lacks and is trying to improve on. Also, better roads add to the overall quality of life of the citizens of a country.”

Aside from enabling both people and goods to move around the country at a much more expedient pace (it is estimated that, at present, the fastest anyone can travel on land – whether by car or train – is a mere 50mph), the essential construction of roads could also provide a much-needed boost for employment in the country. Given India’s vast population of 1.34 billion, securing employment for those of working age is no mean feat. According to the United Nations International Labour Organisation’s World Employment and Social Outlook 2017 report, the current unemployment rate in India is estimated to be 17.8 million – or 3.4 percent – and is expected to climb to 18 million in 2018.

“Around one million Indian youth[s] are entering the workforce every month; a substantial portion of the million are not skilled. Hence, road building is likely to generate many jobs for these youths. Just one of the programmes under the road-building programme, called the Bharatmala Pariyojana, is expected to create 14.2 crores [142 million] man-days of jobs, according to the government,” Kaul told World Finance.

Indeed, the road sector has one of the greatest employment – and economic – multiples in the country, making it one of the best areas for stimulus. The timing of Modi’s latest road project was ripe, as growth in India dropped from seven to 5.7 percent during the first half of 2017, marking the slowest pace in three years. What’s more, experts argue that recovery will be difficult as the nation continues to reel both from Modi’s shock demonetisation move and his sweeping tax reform in July 2017, which essentially turned the country into one market for the very first time.

As such major changes settle after an unavoidable disruption period, fixing India’s road sector is crucial if Modi is to be successful in his ambitions to kick-start India’s economy, and perhaps even return it to the status of the world’s fastest growing. Investing into the sector is also essential if India can hope to compete with neighbouring China.

Modi may have made some surprising decisions since coming into power, but few could argue his $108bn project to improve India’s roads is anything but overdue. Certainly, there are hurdles to overcome, and it is unlikely that the pace required to meet the 2022 target will always be met, but overshooting will at least apply greater pressure and help it be achieved sooner, rather than much, much later.

Ultimately, a country’s roads are imperative to its economy; they form the backbone of a state. Through them, prosperity can flow. As such, while other schemes have been questionable, it is the act of fixing India’s roads that can truly drive the country into new economic frontiers.