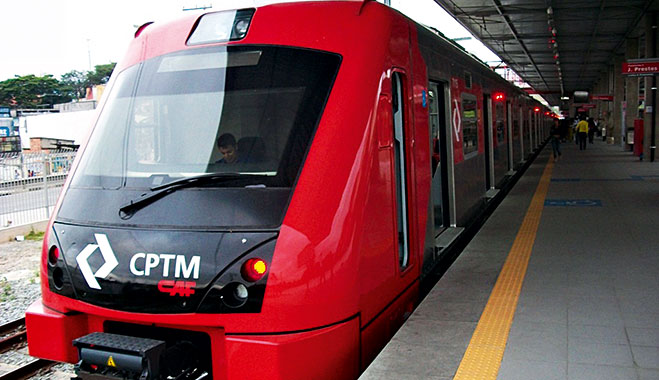 Despite the sophisticated legal framework currently in place, several Brazilian states and municipalities have been handling public private partnerships (PPPs) in a somewhat clumsy fashion. Addressing the matter of PPPs in Brazil with well thought out legal mechanisms to both securitise receivables and reduce tax impacts has become contentious, especially in the first phases of civil works in a PPP.

Lack of cohesive planning
Some recently released projects and those in the process of being approved by state and municipal governments within Brazil would have caused confusion among investors, and a resulting lack of interest from the private sector.

In that sense, one could argue that Brazil has a cultural issue rather than a structural or institutional one

Brazilian PPP laws – including some recent amendments dated from 2011 and 2012 – have useful, pragmatic and feasible legal mechanisms available to finance any long-term infrastructure concession. Government funds and budget limits have also been broadened. However, some investors still find this legal scenario incompatible with most on-going requests for proposals (RFP), as none utilise the most efficient statutory guarantee mechanisms for long-term debt finance.

In that sense, one could argue that Brazil has a cultural issue rather than a structural or institutional one. Perhaps the true difficulty lies with the Public Administration in accepting its share of risk regarding any project – avoiding due investment in market oriented policy for infrastructure industries.

One example of a legal mechanism that is ready and available to secure any PPP project and make it attractive to private capital is the advance payment of government considerations (as per section six, paragraph two of the Federal Law 11,079/2004, the Advance Payment Mechanism).

That is a kind of public funding associated with the deferral of income taxes throughout the concession term – where income taxes in connection with capital expenditure receivables are due along with equipment – property and plant depreciation and amortisation.

Another useful and safe mechanism is the possibility of state and municipalities to incorporate autonomous legal entities with the sole purpose of securing high liquidity assets as collateral for PPP projects (as per section eight, part V of Federal Law, 11,079/2004, Independent Guarantor Mechanism).

Well-constructed finance
If a project comprises of both mechanisms mentioned, all finance thereupon would, for instance, be easily structured, both from a Capital Expenditure (CAPEX) standpoint – which is the money spent on the improvement or purchase of fixed assets – and from an Operational Expenditure standpoint (OPEX), which is money a company spends on an ongoing, day-to-day basis, in order to run a business or system.

Therefore, if both CAPEX and OPEX are secured, interests would be lower, profits reasonable and public services would be available faster and more efficiently.

Considering that there is a direct correlation between OPEX and the value of the enterprise (when the OPEX decreases, while maintaining the same level of production and quality, the overall value of the enterprise increases) it’s questionable why Brazilian governments would even consider not applying such legal mechanisms which are so attractive to private capital – especially when the public sector greatly needs it.

We understand that the main reason for this apparent paradox is rather prosaic: public administration fears to take the risk. Governments prefer to use mechanisms that have no impact on their balance sheets, and let all finance risk with the private partner’s special purpose vehicle.

Governments prefer to use mechanisms that have no impact on their balance sheets, and let all finance risk with the private partner’s special purpose vehicle

For example, instead of incorporating an independent entity and capitalising it with high liquidity assets – the independent guarantor mechanism – most RFPs are limited to the receivables securitisation.

Usually these receivables are derived from the Federal Fund of Participation of States and Municipalities (FPE and FPM respectively), including monies that are not statutorily bound to any public service, as for example, import and export tax credits that are transferred from the federal government to state and municipal governments, as a compensation for tax exemptions.

By electing the FPE as the main source of security for PPP projects, governments seem to disregard the unconstitutionality and determination declared by the Brazilian Supreme Court (STF) to modify individual coefficients of each state receivable in the FPE.

If any or all projects used the advance payment mechanism or the independent guarantor mechanism, changes in the FPE coefficients would not threat the liquidity of securities provided thereupon – even if the resources anticipated or capitalised were to be paid in from the FPE.

Sharing the risk for greater gains
The concept is simple and old: project finance, either in PPPs or any other debt capital intensive project, depend on cash flow, hence fluctuations must be hedged. Both advance payment mechanism and the independent guarantor mechanism work this way – hedging the FPE securitisation.

Brazil has the legal tools necessary to attract private investment and deliver powerful infrastructure projects, and public administrators should make effective use of these existing mechanisms.

On the other hand, the private sector must take the lead and show the way, by helping and demonstrating why projects are more interesting and efficient when the public sector shares the risks with them.

Despite the hurdles associated with PPP projects, Brazil’s dynamism and forward-thinking characteristics have consistently provided investors with new opportunities to do business. That is also the case with respect to the recently enacted legislation regarding the pre-paid industry.Until the enactment of such new legislation, several electronic payment services, including pre-paid cards businesses, mobile payment solutions and digital currencies (or coins) were not subject to solid and specific laws or regulations in Brazil.

As from October 9, 2013, Federal Law 12.865/2013 put an end, to a certain extent, the legal controversy applicable to payment services in Brazil and formally recognised that all of those services and the legal entities responsible for their execution, including services rendered by the Brazilian payment card industry, are part of the Brazilian Payment System, as defined by the existing legislation.

As one may appreciate, Law 12.865/2013 established that the Central Bank of Brazil (BACEN) will have to shortly issue new rules to authorise, regulate and control the organisation and operation of payment businesses in Brazil based on the Brazilian Monetary Council (CMNs) principles and guidelines.

This is a unique opportunity to assist not only the private players within the pre-paid industry but also the regulators, and we trust that our company’s strong knowledge of the legal system applicable to the payment card industry, including its application regarding pre-paid cards, to be an asset and of utmost importance to help current players, as well as newcomers.