As part of its drive to diversify its oil-reliant economy, Saudi Arabia has begun investing in purpose-built economic cities. However, doubts remain about whether they can live up to the lofty aspirations of their architects 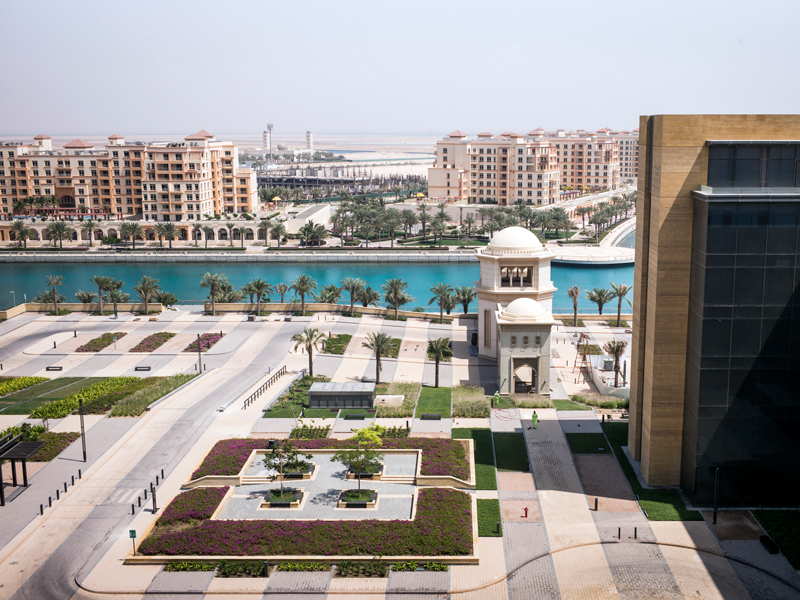 King Abdullah Economic City in Jeddah. Although the Saudi Government are covering some of the development costs, the majority of the funding for these cities will come from private investors
Infrastructure | Project finance
Author: Fernando Moncada Rivera

Former US senator Daniel Patrick Moynihan is quoted as saying that if you want to build a great city, you should create a great university and wait 200 years. Saudi Arabia is taking a different approach.

The kingdom is in the process of building five ‘economic cities’ (ECs), designed as engines to steer Saudi Arabia away from oil dependency. The first of these, King Abdullah Economic City (KAEC), broke ground in 2006. The most recent, a gargantuan project called NEOM, was announced at the end of last year. Unlike typical cities that grow organically, these cities are purpose-built with an end goal in mind, and are developed through complex public/private partnerships.

The process of getting a business licence in the kingdom is notoriously complex, with red tape, bureaucracy and corruption paralysing entrepreneurship

Though the Saudi Government has put resources towards the development of the ECs, each city is mostly privately funded through its own consortium of companies, spearheaded by one ‘master developer’. KAEC, the flagship city, has received more funding than the other ECs, while NEOM is the only city that will be wholly owned by the Saudi Public Investment Fund. The difference between the ECs and normal cities is perhaps best demonstrated by the fact that KAEC will be run by a CEO instead of a mayor, and is the first ever publicly traded city.

The cities are meant to carve out regulatory, economic and cultural oases within the kingdom where the economy and, more importantly, the private sector would flourish. They are being built from nothing, with each centred on specific industrial clusters that will serve as growth engines. These are immensely ambitious projects that, in effect, look to force economic growth.

The cities’ progress, however, has not materialised as originally envisioned. Doubts remain over the government’s ability to hit its targets and the nature of the cities’ day-to-day operations once completed.

Running out of time
Saudi Arabia finds itself at a crucial moment in its history. Commercial quantities of oil were discovered five years after the kingdom’s founding and have been the source of its economic and political power ever since. It has become increasingly apparent, however, that this will not be the case forever.

There has been scepticism about the actual size of the oil reserves, and speculation about how much time is left before they run out. Some estimates say Saudi oil fields have as little as 70 years before running dry. This has injected a sense of urgency into the country’s need to find alternative economic drivers.

“This is the million-dollar question… Can these [cities] fund and build themselves into significance fast enough? Saudis are feeling a lot of pressure. They don’t have time,” Sarah Moser, director of the urban studies programme at McGill University, told World Finance. “Oil’s going to run out in my lifetime, and [Saudi Arabia] will be a net oil importer in my lifetime. They’re only building these cities because they’re terrified. They know under the surface that things have to change very fast.”

The black fountain of wealth that has single-handedly kept the kingdom somewhere in or around the upper quartile of the world’s GDPs has come at the expense of the rest of the economy. Historically, there has been no need to devote significant resources to developing the private sector when the government could enjoy the fruits of the world’s largest oil-exporting operation. There has been little incentive to bring women – half the nation’s brainpower – into the economy when political leaders could just as easily cater to conservative religious support while falling back on oil revenues.

In the final quarter of 2014, oil prices began to collapse due to a global production glut. The result for Saudi Arabia, which depends on oil income for around 70 percent of its budget, was the biggest deficit in the country’s history. This further highlighted the risk of depending on one commodity as an economic buttress, and was a driving force behind Vision 2030 – the government’s long-term plan to diversify the kingdom’s economy, announced by Crown Prince Mohammed bin Salman back in 2016.

Weak private sector
A major roadblock to the success of the ECs is low Saudi participation in the country’s private sector. Saudis have been reluctant to enter the private sector for a variety of reasons, including significantly lower pay and working standards compared with those of the public sector. This has resulted in a skills gap that will be difficult to close in the short to medium term, as only a minority of Saudi nationals have experience working in the kind of competitive ecosystem the ECs want to foster.

Estimates suggest that the kingdom’s population will grow by around 20 percent by 2030, but Saudi Arabia’s current economic model, in which the state provides the majority of jobs for Saudi nationals, is unsustainable in the face of that growth. Ultimately, the kingdom needs to develop a private sector that is vibrant and attractive enough to draw in Saudi labour.

That said, Saudi Arabia ranked 92nd on the World Bank’s 2018 Ease of Doing Business Index, a far cry from the fertile investment ground it aspires to be. The process of getting a business licence in the kingdom is notoriously complex, with red tape, bureaucracy and corruption paralysing entrepreneurship. Despite steps taken in recent years to improve business conditions, such as streamlining the business registration process, strengthening protection for minority investors and putting systems in place to better enforce contracts, the kingdom still falls short.

Delays and bottlenecks
There are numerous challenges in bringing the ECs to completion by their target dates. Global economic slowdowns could stem the flow of private investment, and dips in the price of oil can harm Saudi state investment funds’ ability to provide capital. This is what happened in 2014, when the drop in oil prices saw a 77 percent decrease in the value of construction contracts awarded in the kingdom compared with 2013. In the past, contractors have also found it difficult to source labour and materials, thereby reducing their operational capacity. These delays can in turn discourage investment due to unclear returns.

In addition, the original targets for the cities were overly optimistic and demand from businesses and residents was overestimated, according to industry experts. The types of residents the cities targeted – namely, affluent Saudi nationals – have been discouraged from moving to some of the ECs because of their geographic separation from other major urban areas. Additionally, the initial emphasis for some cities was on developing the residential areas, meaning it has taken a significant amount of time for industrial and commercial entities to set up shop.

In the case of KAEC, its plan to create one million jobs will be entirely dependent on the propensity of businesses to invest and operate in the city, but it has not seen the volume of investment required. “It seems that [businesses] are interested to some extent. A lot of companies have purchased land, but there’s this perpetual [chicken-and-egg] situation where, even if a company is interested, they often buy the land and sign a memo and then they’ll just wait,” explained Moser.

She gave the example of FedEx, which bought land in KAEC but has yet to set up business in the city, citing the lack of a critical mass of customers. This in turn has had a knock-on effect on other businesses that are hesitant to set up shop in KAEC in the absence of the service FedEx provides, creating a cycle of businesses waiting for each other to enter the fray.

Problems despite success
Once completed and fully operational, there may still be problems that set the ECs apart from regular cities. The fact that the owners of the cities may not necessarily live there and may have interests that diverge from those of the residents could be a major source of tension. The cities will also cater to middle and upper-class residents, leaving the potential for sharp economic stratification within the cities, let alone between the cities and the rest of the country.

Moreover, the ECs differ from regular cities in that they are built with productive citizens in mind – residents who can actively contribute to the economy. “One has to wonder, if you become disabled or you retire, what happens if you’re not a productive citizen anymore. Will they kick you out? It’s really unclear what’s going to happen, and it’s going to take several decades to figure out,” said Moser.

Unlike most other countries, which derive the bulk of their government revenue from taxes, Saudi Arabia does not impose income taxes on its population and only extracts modest business taxes, opting instead to fill its coffers with oil-derived wealth. To break from oil in any significant way, the government will have to begin taxing its people directly – a move likely to cause backlash among its citizenry.

That being said, there is unequivocal potential in these megaprojects to generate wealth in ways not possible in the wider kingdom. What’s more, the ECs operate under a different legal system from the rest of Saudi Arabia, and many of the legal and social norms in the kingdom are not enforced within the borders of the cities. Within KAEC, for instance, there is no gender segregation and women are not forced to wear abaya, the long black robes that are a requirement in the rest of the country. Religious and Saudi police are not permitted to enter the city, which is instead patrolled exclusively by private security. As such, the cities have the potential to catalyse change throughout the country as people are given the chance to experience a different way of life.

It is difficult to imagine, however, how Saudi Arabia will justify not recreating the cities’ economic model in the rest of the country if they are successful. “I think that [building the cities] is a cynical move, in a way, by the Saudi elite, because it’s sort of an acknowledgment that their existing cities are in a state of paralysis and it will be difficult or impossible to change them,” said Moser.

The type of diversified and prosperous economy Saudi Arabia strives for may be fundamentally incompatible with the country’s political system. The cities are trying to create a culture and an environment that mimics that of western economic hubs, but the results – even if successful – are unlikely to be adopted across the kingdom, as the prerequisite concession of control would likely pose a threat too large to bear.