In an industry rife with electronic disruption and fierce competition, the World Finance Brokerage Awards 2017 reward the players that are thriving under immense and unfamiliar pressure 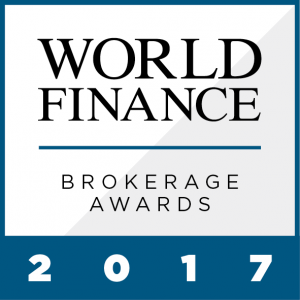 The broking industry was once a safe, established and lucrative sector. In all its forms, people came to rely upon brokers as experts to escort them through the most complex and specialised markets. As trusty guides through the seas of chaos, brokers were the sole source of knowledge for anyone – from the average armchair investor to the largest international companies – wishing to carve a path to riches.

However, with online broking tools now in reach of almost anyone, this knowledge is no longer enough for many clients. It is all too easy for people and businesses, even if they possess only the smallest understanding of markets, to conduct their own trading entirely from their smartphone. With the ease of access these services offer, and considering the wealth of information that is easily available online, traditional brokers suddenly seem very old world. When it is now so easy to do yourself, brokers may be questioning whether their traditional role is worth the price of admission.

The role of the broker in the future may be very different from what it is now. For the brokers of tomorrow to survive, they will have to offer insight and expertise that is far greater than what can be found in the money pages of the average newspaper. They will have to rethink their relationship with their clients, while offering services that mix the convenience of apps with the expertise of a traditional financial expert.

With incredibly powerful tools now available, and more emerging every day, brokerages have an opportunity to act with more information and insight than ever before

The World Finance Brokerage Awards 2017 have sought to identify the brokerage firms that offer the best services, the most advanced tools and the most unique insights. In the current financially uncertain environment, a trusted advisor may be more valuable than ever before.

Switched on
While the internet has been a global force since the 1990s, it has only been in the past decade or so that online services have become a focus rather than a supplement. As the barrier for entry with smartphones has fallen even lower, while trust in the services they provide has risen, this do-it-yourself mentality has also made the move to investment. Instead of turning to a personalised brokerage service for advice and assistance, a few quick taps on a phone can get a person equipped with the traditional blue chips the average advisor might recommend as the cornerstone of a portfolio.

Catering to this class of investor are myriad online services, offering full-fledged financial trading tools and the highest levels of convenience at a low price. They have the ease of use that is up to par with the best online companies, and they have services available for anyone on any size budget. However, the tremendous competition between the biggest online players has since escalated into a price war between individual companies. Already in 2017, US-based Fidelity announced a cut in its commission to $4.95, with rival Charles Schwab cutting its own to match, and TD Ameritrade and E*Trade Financial each cutting theirs to $6.95. In this incredibly tough environment, only the best and most competitive services will survive.

In a race to the bottom such as this, the traditional, personal broker might be concerned their time and expertise is becoming considerably less valuable. However, with the political turmoil of the past year – and, indeed, the coming one – a dose of traditional expertise may be exactly what the market needs.

A numbers game
On a more ambitious scale, algorithmic trading has also emerged as an alternative to the traditional role of an advisor. In terms of the raw number of trades, algorithms are unparalleled in how quickly they can respond to the tiniest fluctuation in the market before identifying a potential chance to make a profit. With a volume of information at their disposal that no human could hope to comprehend, the average stockbroker has truly inhuman competition on his or her hands.

But the mathematics behind these systems is not flawless. Famously, in 2012, Knight Capital connected its algorithm to the New York Stock Exchange to power its automatic trading system. Very quickly, the program started posting rapidly escalating losses. After 45 minutes, Knight Capital was down $440m. While mistakes like this are the exception rather than the rule, it’s difficult to imagine a human stockbroker suffering a similarly bad streak.

While these new systems are undoubtedly an exciting development in finance, there is ample room for the traditional stockbroker in the modern marketplace. Rather than a destructive force, opportunities for greater amounts of data analytics should be seen as an opportunity. With incredibly powerful tools now available, and more emerging every day, brokerages have a tremendous opportunity to act with more information and insight than ever before.

Looking at the data of the past may be the best idea when the global markets are performing as expected, but the past year has proved to be anything but ordinary. Between the election of Donald Trump and the UK’s vote to leave the European Union, global markets were sent on a rollercoaster ride of uncertainty without a recent parallel. A conclusive definition of how Brexit will manifest will likely take years, and Trump has already shown that he is willing to surprise us all and push the legal limits of what he can do as President of the United States. When it comes to global markets, the events themselves are often not as damaging as the state of uncertainty that will take hold in the following months.

The best stockbrokers are able to see through this storm of uncertainty to identify industries and opportunities that the average investor may be overlooking. Escaping the world’s most famous exchanges, with the markets of other countries looking more appealing, may be how brokers can differentiate their businesses for the future.

Steady in a storm
As technology grows more advanced, long-term clients who appreciate the value that an expert guide can bring will always appreciate experienced and talented brokers. For discerning clients keen to keep a sharp eye on their portfolio, a modern brokerage can be an insightful touchpoint and make all the difference when it comes to making confident decisions about the future. Particularly in a time where the role of the brokerage is changing so rapidly, brokers are working hard to prove that their services are needed and relevant.

However, the greatest challenges are yet to come. Industry regulations also make the future uncertain, and navigating what is likely to be a more restricted future is only going to prove an additional challenge. Given this, identifying the leading brokerages is an important step that encourages the entire industry to strive towards even stronger returns in a time of unparalleled uncertainty.

The World Finance Brokerage Awards 2017 have scoured the industry to find the firms that are not just successful today, but are prepared to face the challenges of the future as well. In such a dynamic and broad market, the World Finance awards team, together with our readers, has found the companies that embody the future of brokerages and the industry at large.