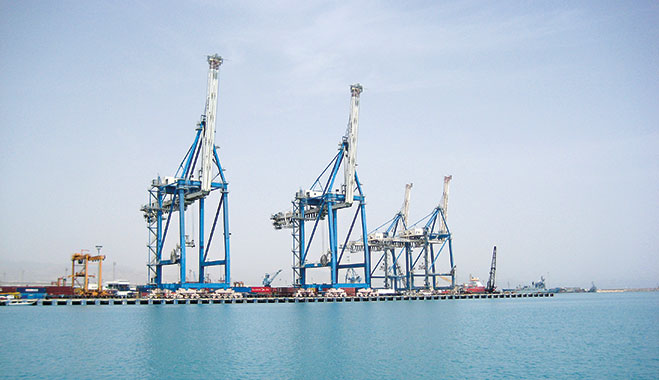 Limassol Port is Cyprus' main port for trade. A multimillion-euro project now aims to transform it into the most efficient and modern port in the southern Mediterranean
Infrastructure | Project finance

Limassol Port, which is both Cyprus’ principal port and the most eastern port of the European Union, is favourably located among three continents, enjoying a highly strategic location in the Mediterranean Sea. In 2014, a multimillion-euro project began with the steadfast purpose to transform Limassol Port into the most efficient, competitive, modern and safe port in the southern Mediterranean. The project’s subsequent commercialisation process was envisaged to be transformational for Cyprus, both in terms of realising its EU targets and achieving modernisation within the transport industry (thereby making the island a critical logistics hub in the region).

In order to reach these objectives, the country’s council of ministers, together with a legislative vote by the House of Parliament, assigned the Ministry of Transport, Communications and Works of the Republic of Cyprus the duty of commercialising the port’s activities. A major component of this strategy entailed accomplishing the reform agenda agreed upon for Cyprus’ support mechanism with the Troika.

“The key objectives of the project have always been to maximise value to the government, while at the same time modernising the port’s operations, as well as enhancing the operational efficiency and the services offered”, said Alecos Michaelides, Permanent Secretary of the Ministry of Transport, Communications and Works. “Attracting investment was another key priority of the government – perhaps the most important consideration was that of achieving long-term growth and job creation.”

Working together
After almost two years of intensive work and a competitive, demonstrably transparent and international tender (which attracted the interest of reputable port operators from across the globe), the commercialisation of the activities of Limassol Port was successfully concluded. The completion of this process saw the selection of the port’s operators and the finalisation of its concession agreements. Finally, approval was given by the Cypriot Parliament, which involved a contract-signing ceremony that took place at the Presidential Palace in the presence of both government officials and the press on 25 April this year.

Limassol Port is divided into various lots, each with different partners that were brought on board by the Cypriot Government. Eurogate Container Terminal Limassol, P&O Maritime Cyprus and DPWorld Limassol were each awarded a different lot, together with consortia of companies, including EuroGate International, Interorient Navigation Company and East Med Holdings, DP World and G.A.P Vassilopoulos.

“These consortia represent partnerships between strong, acclaimed international operators and local companies that will work together with the Cyprus Port Authority, in its new role as the Independent Regulator, to develop the activities and the assets of the Port. These contracts have essentially dawned a new era of development for Limassol Port”, Michaelides said.

The Transaction and Services Concession was designed by N M Rothschild & Sons in close cooperation with legal advisors Pinsent Masons, together with support from their local partners and co-ordination by the ministry. Moreover, the core advisory team was supported by KPMG, which carried out market research, insurance advisors and virtual data room providers. The total cost of the project, including advisory fees, was approximately €4.4m, in addition to the cost of the ministry’s own resources, namely that of the project team, internal administration and management over the course of two years.

Michaelides told World Finance: “The process from inception to completion included a wide range of activities that required expert technical, financial, legal and commercial input. For example, among others, the comprehensive investigation of global port sector trends and transaction history, a thorough market-sounding exercise, the design of an effective negotiation strategy, due diligence reporting, risk identification and management, investor marketing teasers, as well as the tender documents themselves – the latter of which, as commented upon by external sources, are an excellent reflection on the project and on the government as well. It is on the basis of these documents and the peripheral process and activities that the Ministry of Transport, Communications and Works of the Republic of Cyprus is proud to have been given the Privatisation Deal of the Year 2016 award by World Finance.”

The tendering process
The tender itself was conducted in two stages. It was first published in the EU’s OJEU Notice, the Cypriot e-procurement system and the international press, where it attracted major interest and media coverage. After the evaluation of the expressions of interest, which formed stage one, the pre-qualified parties were invited to tender by issue of the invitation to tender as part of stage two. Pre-qualification was made on the basis of personal, technical and financial criteria. The tender submissions (Volumes A and B) were evaluated on commercial and technical aspects on a pass or fail basis.

The process was concluded by ranking the successful tenderers in decreasing order of their financial offers; the tenderer with the highest offer was announced as the preferred tenderer and assigned one for each lot, while the tenderer with the second highest offer was declared as the reserve bidder. The contracts were then finalised after meetings with the preferred tenderers, during which the concession agreements were customised and their tender submissions were contractualised.

“As per the concession agreements, the state retains ownership of the port, while the operators capitalise on their experience and know-how to ensure its future development through the expansion of commercial activities and the implementation of best operational practice”, Michaelides said. The financial structure of the agreements consisted of an upfront fee, a minimum annual fixed fee and a revenue share.

The estimated economic benefit to the state in proceeds and investments during the tenor of the agreements is approximately €1.9bn, based on the business plans of the Operators. “Although the amount exceeds the initial expectations of the government, the beneficial consequences to the Cypriot economy from the increased activity of the Limassol Port cannot be overstated”, Michaelides said.

Of particular significance is that the project has effectively contributed towards the reform agenda for Cyprus within the timeframes agreed with the Troika, which has resulted in the withdrawal of the country from the support mechanism it was granted during thefinancial crisis.

“We expect the transfer of the port’s activities to the new operators will be completed sometime in January 2017, which also marks the end of the transition period”, said Michaelides. In parallel, the efforts to upgrade the Cyprus Ports Authority’s regulatory framework and transform it into a modern, independent regulatory body continue apace. The concession period for the Container Terminal is 25 years, while it is 15 years and 25 years for the Marine Services and the Multipurpose Terminal respectively.

“The journey towards the successful completion of the project involved an intricate process of asset definition and assignment, in addition to asset and services delineation. Also crucial was the introduction of the law amendments and new regulations, together with extensive public consultation and close cooperation with a wide range of government bodies, EU directorates and stakeholders”, Michaelides said.

“The original timeline that we set out was met, which I think can be attributed to the close monitoring, effective project management, personal dedication and the professional work of the project team. I will also add that strong political will and support was pivotal in achieving the ambitious targets that we set out. In fact, the whole project has been characterised by excellent cooperation among all team members, both on the side of the ministry and of the advisory teams.”

Reimagining Cyprus
The successful commercialisation of the Limassol Port is indicative of the renewed dynamism of the Cypriot economy and the recovery of the country’s investment extroversion. The importance of this project in particular has proven to be invaluable as it contributes significantly in establishing Cyprus as a modern and safe investment destination, in a part of the Mediterranean where investment risk continues to grow. Michaelides said: “The agreements are not only a source of revenue, but they also upgrade Cyprus’ role in the south-eastern Mediterranean by promoting it as an important regional centre of investment and maritime commerce in the area.”

A great deal has been achieved since privatisation of the port was first announced in 2015. Not only has Limassol Port instigated a rise in investment and maritime activities to the country, it has also breathed new life in the area. And more is expected to come, with plans including the creation of an oil and gas offshore supply base and terminal, in conjunction with the terminals already delineated.

This development is envisaged to firmly consolidate the new era of the port as a critical transport and logistics hub in the Mediterranean. As such, the Limassol Port has successfully created a new image for the area and carved out a new spot for Cyprus in the region and as a nucleus for international investment.

Location
Limassol Port in the Republic of Cyprus

Project manager
The Ministry of Transport Communications and Works