Low prices are the new normal in the global energy sector. As oil and gas firms continue to adapt, World Finance celebrates the companies that have been quick to seize new opportunities 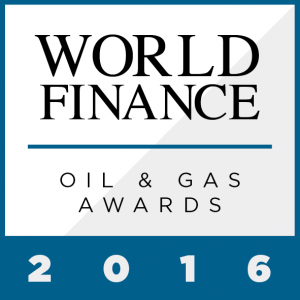 The past year has been a momentous one for the oil and gas industry. Ever since the price of oil started to slide from historic highs in 2014, commentators have been asserting that the commodity has finally bottomed out.

After touching below $30 a barrel – a 70 percent decline from pre-slump highs – at the start of the year, the price of oil did see some recovery. However, Brent crude has scarcely been able to rise much above $50 a barrel. When – if ever – oil will rebound to pre-2014 levels is anyone’s guess.

Major producers such as Saudi Arabia and Iraq are still pumping out the commodity at record levels, and much-hyped OPEC talks looking to make agreements on slashing production levels have consistently burned out. What is certain, however, is that this seemingly new – or perhaps endless – low for oil is shaking up the entire global energy industry.

While many rigs have closed and firms have gone bust, US shale is still roaring ahead

Americanising oil
After two years of depressed prices, shale oil in the US finally started to feel the pinch in 2016. While American unemployment rates have largely fallen over the last year, it saw upticks at the start of 2016 in states dominated by the shale oil industry: Texas, Oklahoma and North Dakota all saw unemployment claims rise by 25 percent in January 2016 compared to a year earlier. Much of this can be put down to the oil industry shedding jobs, as low prices have squeezed many producers out of the market.

However, while many rigs have closed and firms have gone bust, US shale – for both oil and gas – is still roaring ahead. Those firms that have been forced out of the market were the ones that were only able to survive in the era of low interest rates and pre-2014 high prices. Stronger firms are still shaking up the global oil and gas market. Shale – as is now well known – has pushed the US away from being a major energy importer, instead putting it in the position where it not only produces energy for domestic demands, but also exports it.

This was signified at the end of 2015, when the US lifted its restriction on the export of crude oil. According to the EIA: “In the first five months of 2016, US crude oil exports averaged 501,000 barrels per day – 43,000 barrels per day (nine percent) more than the full-year 2015 average.” The destination of these exports has also seen huge changes: prior to the restrictions being lifted in December 2015, the majority of exported crude went to Canada. However, as the EIA noted: “In March 2016, total crude oil exports to countries other than Canada exceeded those to Canada for the first time since April 2000.”

Shale gas production has also seen the US export more of its liquid natural gas. February 2016 saw the US ship its first large export, destined for Brazil. Cheniere Energy, the US firm that carried out the shipment, said this represented a turning point for gas exports from the US, with energy company predicting “the US will be one of the biggest three suppliers of [liquefied natural gas] by 2020”.

Capital cutbacks
The collapse in oil prices has had major ramifications for business investment in the oil and gas industry. Low prices have meant high cost investments are no longer seen as profitable or possible. Projects have been cut left, right and centre, either because they no longer seem viable or as an attempt to rein in excessive spending.

Since the beginning of crude’s price slip, nearly $400bn-worth of projects have been delayed, pushed back or cancelled in the oil industry. According to a 2016 study by the energy consulting firm Wood Mackenzie, oil companies have put 68 major projects on hold. This means, according to estimates, roughly 27 billion barrels of oil will not be produced as originally planned. Since June 2015, the amount of investment spending that has been deferred due to the price crunch has almost doubled.

When it comes to gas, the slump in oil has been producing cuts in capital spending. In 2014 and early 2015, China’s large natural gas shale fields were an exciting prospect to many. The country was recognised as having the largest shale natural gas reserves in the world, and its growing energy demands meant the fuel’s development and use was a lucrative prospect. International energy firms flooded into the country, in the hope of developing the field, primarily located in the Sichuan basin.

However, once the dip in revenue from collapsed oil prices became more evident, this interest soon waned. Since 2015, many international energy firms have pulled out, delayed or shelved plans to invest in the country’s vast shale gas fields. As Bloomberg reported: “China missed its annual shale gas target of 6.5 billion cubic metres last year, and earlier reduced its 2020 production goal to about a third of its original estimate.” In the meantime, the country’s shale boom remains on the rocks.

Going forwards, once energy firms have readjusted to wherever oil prices stabilise, the large funds needed for investing in China’s shale gas potential should be forthcoming. The country’s proven shale reserves – the largest in the world – aren’t going anywhere, and the world’s insatiable demand for energy is likewise destined to stay put.

Interest in Iran
One of the most watched trends in the oil sector in 2016 has been the lifting of sanctions on Iran. The Islamic Republic is now tipped to make a major splash in the oil market as it absorbed back into the global economy. According to the Economist Intelligence Unit, Iran will start exporting up to 700,000 barrels a day by the end of 2016.

However, it will take a number of years before the country is able to return to pre-sanctions levels of production and exporting. A number of stumbling blocks still exist: financial firms are still reluctant to get involved in Iran, potentially hurting its oil sector, while banks in Europe and the US are treading carefully after several high-profile firms received fines for previously flouting sanctions against Iran. A number of sanctions remain in place by the US, restricting the ability of banks to do business with those labelled as sponsors of terrorist groups such as Hezbollah – and Iran’s opaque business structure makes doing business with those classified as such a distinct possibility. These factors will also hamper Iran’s ability to broker shipping deals for oil exports.

At the same time, Iran’s oil facilities are in need of upgrades. The quickest way to achieve this would be through foreign investment from energy firms. However, concerns over the climate for business in Iran could to deter this, along with Iran’s complex rules on foreign ownership of assets.

The new norm
The world oil and gas industry is now adapting to a new normal: low prices. This has shaken up the sector, with the price squeeze seemingly set to continue. While a decade ago talk was of ‘peak oil’ and hydrocarbon demand outstripping supply, today the opposite is the case. World demand is steadily growing, and newly discovered fields and new extraction techniques mean the world is producing more gas and oil than ever before.
The new regime of low prices in 2016 has forced weaker producers out of the market and shelved less viable projects, creating a meaner, leaner and more efficient oil and gas industry. World Finance takes a look at those players who are contributing to this exciting new market in the World Finance Oil and Gas Awards 2016.