Project Finance Deals of the Year 2016

The project finance sector has seen the creation of some truly innovative ventures this year. Here are some of the other projects and developments that have excelled globally in 2016 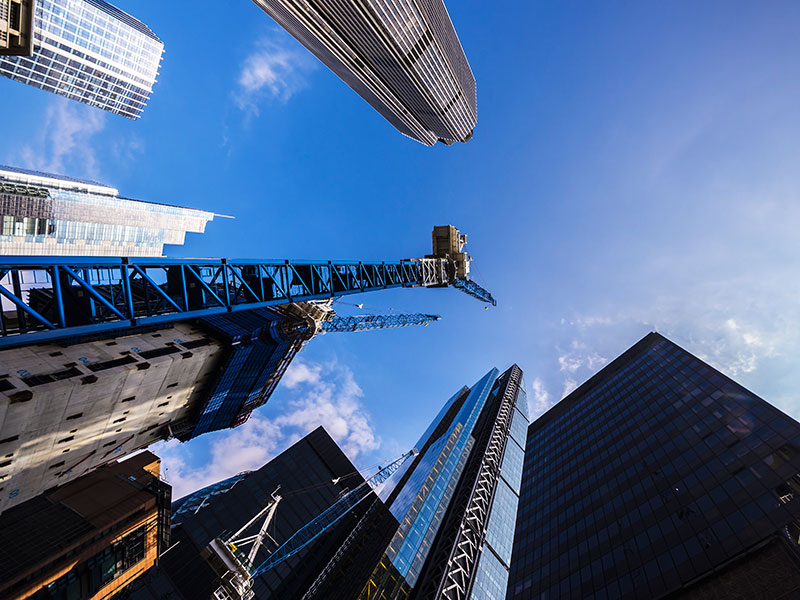 Skyscrapers under construction. 2016 has been an exceptional year for infrastructure projects across the globe
Infrastructure | Project finance

IPP Deal of the Year

To date, Emvelo has contributed 550MW of CSP projects to the REIPPP. Ilanga CSP 1’s lenders are Nedbank, Standard Bank, Investec, Absa Bank, Industrial Development Corporation, Development Bank of Southern Africa, Public Investment Corporation, and Vantage. Norton Rose Fulbright is acting as the legal advisor for the project’s sponsors, while Baker & McKenzie will be acting for the lenders. Fieldstone Africa and Arista were the project’s financial advisors.

Airport Deal of the Year

The Istanbul New Airport project is one of the largest public-private-partnership-modelled airport projects in the world, both by capacity and by project cost.
The joint venture consortium of Cengiz-Limak-Kolin-Mapa-Kalyon Joint Venture Group won a 25-year lease agreement with its bid of more than €22bn, representing the largest project finance deal in the history of Turkey.

The airport will be situated on 77 million sq metres of land, and the main terminal area will cover approximately 1.2 million sq m of space upon completion in 2030, making it the largest terminal in the world to date. With six runways and a final annual capacity of 150 million passengers, the project will be the greatest contributor to Istanbul’s global hub vision, with the majority of the airport’s traffic comprising of transfer and stopover passengers.

Greenfield Deal of the Year

Seabras-1 is the first direct sub-sea fibre-optic cable route between the US and Brazil, and was the first sub-sea network project to be backed and financed by an export credit agency (ECA).

The project offers high-capacity and low-latency telecommunications between the business centres of New York and Sao Paulo. Of Seabras-1’s $500m financing package, $267m of credit facilities were underwritten by Natixis – the majority of which has been backed by COFACE, the French ECA – while the project’s facilities have been syndicated to Commerzbank, Santander and Intesa Sanpaolo, in addition to Natixis.

Sponsor of the Year

Acıbadem Saglık Hizmetleri ve Ticaret As (Acıbadem) is a world-leading Turkish healthcare institution, operating across 21 hospitals and 18 outpatient centres. Acıbadem has a wide geographical coverage, operating in 12 cities across Turkey, Macedonia and Bulgaria.

Acıbadem is part of IHH Healthcare Berhad, the second largest private healthcare network in the world, and is pleased to announce the successful completion of its syndication loan facility, which was executed in June 2015. Having initially launched the facility at a cost of $450m, Acıbadem elected to increase the size of the facility to the equivalent of $500m. During syndication, Turkiye Garanti Bankasi, BNP Paribas Fortis and ING committed as mandated lead arrangers, while HSBC, Intesa Sanpaolo Istanbul and Sumitomo Mitsui Banking Corporation Europe committed as lead arrangers. Lastly, Bank of America Merrill Lynch acted as the project’s initial mandated lead arranger, sole bookrunner and facility agent.

Wind Deal of the Year

As part of the single largest financing deal in the Turkish wind-energy power-plant industry, four independent projects and companies have been merged into one special purpose equity. This move allowed them to benefit from economies of scale during the investment by combining the cash flows and securities.

Merchant risk, forex and interest risk have been properly addressed through the implementation of flexible mechanisms, which led to further cost-saving opportunities during project execution. This funding structure could set a benchmark for the sector and for Borusan EnBW, an investment company with strong parents and ambitious growth targets. Throughout this project, ECAs covered $211m in buyer’s credit with a 16-year repayment plan.

Oil & Gas Deal of the Year

The pre-salt oil reservoirs in Brazil are among the world’s largest recent discoveries. SBM Offshore, a leading global provider of floating production storage and offloading units, is an important contributor to the success of the Cidade de Saquarema FPSO project, as it will produce around 40 percent of the pre-salt production on behalf of Petrobras upon the completion of the project.

SBM Offshore, along with sponsors Mitsubishi Corporation, NYK and QGOG Constellation, closed a record $1.55bn project financing to fund the construction of the venture in July 2015. The financing was coordinated by ING Bank and includes significant support from the ECAs of Italy, Japan, the Netherlands and the UK.

Project Bond Deal of the Year

The Peruvian Ministry of Transport and Communications’ Red Dorsal project – otherwise known as the National Optical Fibre Backbone Network – aims to meet the demand for broadband and fibre optic services throughout Peru. Project financing was accomplished through the Section 4(a)2 securitisation of irrevocable and unconditional payment obligations of the Government of Peru.

The bond is the first of its kind in Peru to have a delayed draw funding structure in US dollars. The delayed payment structure strongly reduces the negative carry for the concessionaire, while the bond structure mitigates construction, completion and operating risks for the investors. The bond was placed with large institutional investors in Peru and the US.

MLA of the Year

Bank Muscat is the mandated lead arranger of Project Duqm. This deal involved providing $117.8m in greenfield project financing, which equated to 60 percent of the $196m cost of the permanent accommodation for contractors (PAC) project. The deal is structured on a limited recourse basis, with completion support for cost overruns being provided by the main sponsor, Renaissance.

This PAC will be the largest such project in Oman and will provide a full suite of accommodation, recreation and catering facilities to more than 16,000 people in the Duqm Special Economic Zone (DSEZ). The project achieved one of the longest innings for a project finance transaction in Oman, especially in the newly
developed DSEZ.