During a tumultuous year for the insurance sector, where digital disruption and an increased inclination towards risk have proliferated, the players who have adopted an agile and innovative approach have continued to excel 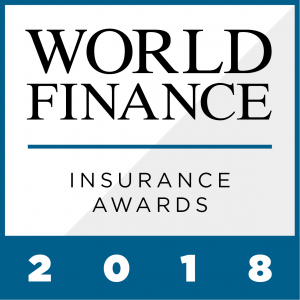 From small-scale insurance policies on personal technological goods to vast national guarantees that protect nations from natural disasters, insurance plays a role in the lives of everyone. This has been the case since 3000 BC, when Chinese and Babylonian sailing merchants would seek out wealthy lenders to underwrite their goods in case they were lost when crossing treacherous waters. While modern-day policies are far more sophisticated, the underlying principles of the insurance sector have remained constant since its inception.
In its simplest form, an insurance policy is a guarantee against unforeseen circumstances that is designed to protect against financial loss. As the definition of ‘unforeseen circumstances’ has expanded to encompass things like cyberattacks and mass data breaches, insurers have had to adapt to meet the challenges posed by the modern world. This protective attitude must then be weighed against actions that can increase revenue and drive the industry forward – a fine balance to strike. With this in mind, World Finance has selected those firms that succeeded in maintaining this delicate equilibrium for the 2018 edition of the Global Insurance Awards.

Macro concerns
At an institutional level, the past year has principally been characterised by an increased willingness by insurers to expose themselves to risk, as evidenced by BlackRock’s Global Insurance Report 2018. By surveying 372 senior executives in the insurance and reinsurance industries across 27 countries, BlackRock learned that almost half of insurers plan to increase portfolio risk exposure over the next 12 to 24 months, compared with just nine percent in 2017.

In a strange twist, an increase in macro issues facing insurers has actually reduced the overall perception of risk, with companies now inclined to see this consistent level of risk as the new normal. Global trade tensions, geopolitical instability and the risk of currency inflation are all issues that have been rumbling on for some time; it appears their longevity has led insurers to be more sanguine about the overall environment. With this in mind, insurers have moved away from the climate of constant concern into a more risk-inclined space.

Think green
One macro concern that has featured heavily in insurers’ minds over the past year is the environment, which remains a significant concern on a national and multinational level. The largest insured loss year to date was 2017, which saw three Atlantic hurricanes classed as category four or higher, the Puebla earthquake in Mexico and wildfires that ripped through California, collectively accounting for over $135bn in losses. The total for 2018 could be set to overtake 2017 although, at the time of printing, calculations for the deadly California wildfires that took place over the course of November are yet to be finalised.

Environmental, social and corporate governance (ESG) policy has been high on the insurance industry’s priority list this year, with 83 percent of BlackRock respondents considering it imperative to have one in place. This is symptomatic of a wider corporate shift towards social responsibility as insurers recognise the significance of safeguarding the planet, as well as their public image, by being more environmentally conscious.

Companies must overcome a number of challenges before ESG policies can be implemented, including a general lack of expertise in modelling ESG variables, given their relatively recent introduction into the marketplace. Changing geopolitical factors also make it difficult for insurers to ascertain a clear picture of the return on investment for these policies.

Many insurers have called for better clarity and global consistency regarding ESG policies. In Europe, the European Commission has responded to these demands by suggesting rule changes that would explicitly require the integration of sustainability risks into investment decisions or advisory processes. The changes are currently under consideration by key EU financial supervisory bodies.

In the black
Financially, the domestic insurance industry entered 2018 on strong footing after positive premium growth in the previous year. According to the OECD’s Insurance Markets in Figures report, life and non-life premiums of domestic insurance increased in 40 out of 43 countries surveyed in 2017; these countries include all members of the OECD and the Association of Insurance Supervisors of Latin America, as well as India and Russia, among others.

Global insurance growth has remained in the black this year. Experts, however, are divided as to whether this profitability will continue. The Swiss Re Institute has predicted that global premiums will rise up to three percent annually in real terms, driven by economic momentum in Asian markets, where premiums are forecast to increase at three times the global rate. Others, including PwC, are advising insurers to exercise caution as the introduction of new regulatory frameworks has the potential to stall the market by making processes more complex and time-consuming.

Meanwhile, the global industry continues to prepare for the introduction of the International Financial Reporting Standard (IFRS) 9 and 17. IFRS 9 measures how an entity should classify and measure financial assets, and is likely to increase volatility in quotidian profits and losses sheets for most insurers. The regulation technically came into force on January 1, 2018, but many qualifying insurers have opted to take advantage of the policy’s deferral option to January 1, 2021. IFRS 17 requires insurance providers to provide high-quality financial information that is globally comparable and consistent. The directive is designed to increase transparency in the industry and is set to come into force on January 1, 2021.

On its toes
With regards to key industry players, the insurance behemoths continue to be disrupted by the rise of ‘insurtech’ firms – insurance companies employing digital technologies – challenging multinationals for a percentage of their market share. These technologies include the Internet of Things, robotic process automation, advanced consumer analytics, artificial intelligence and blockchain. Smaller start-up firms have the advantage of being highly agile in terms of their business approach. As such, they are able to adopt and implement new technologies more quickly and efficiently than larger firms. Confidence in these firms’ transformative abilities is reflected in investor interest, with the insurtech sector experiencing a 36.5 percent uplift in investment annually between 2014 and 2017.

Innovation is also an effective tool for companies to better engage with consumers. According to Capgemini’s World Insurance Report: Past, Present and Future, digital technology is a “game changer” with the “potential to redefine insurers’ ability to manage customers’ evolving preferences via seamless, real-time and direct communication”. While many companies have boosted their technological capabilities over the past 12 months, the constantly evolving nature of the industry means the most successful players are those that remain nimble and responsive to developments by becoming digitally agile.

As ever, the firms that keenly evaluate risks and make intelligent investment choices while remaining engaged with their customers are most likely to come out on top. The World Finance Global Insurance awards celebrate those industry leaders that commit to maintaining the highest standards of efficiency and transparency while forging a path for others to follow.