With the Islamic finance sector experiencing slow growth in 2018, this year promises more of the same. As the market’s rapid development moderates, the 2019 World Finance Islamic Finance Awards celebrate the companies still taking advantage of its abundant opportunities 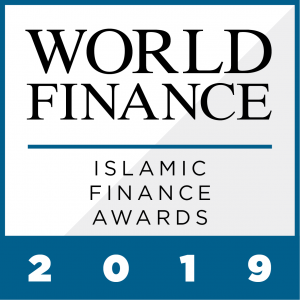 The growth achieved by the Islamic finance sector over the past couple of decades has been striking. In 2017, Sharia-compliant assets reached a total value of $2.44trn, up from $200bn in 2003, according to Thomson Reuters’ 2018 Islamic Finance Development Report. Currently, around 1,400 Islamic finance institutions operate across 80 countries.

In the GCC, fintech has spurred a dynamic transformation of regional markets’ financial offerings

In the banking sector, Islamic lenders have outperformed conventional banks over the past decade, according to the IMF. Moreover, during the decade between 2003 and 2013, the IMF said sukuk bond issuances rose 20-fold to hit $120bn.

In the coming years, the industry is only expected to keep growing. Sharia-compliant financial assets are forecast to reach $3.8trn by 2023, averaging annual growth of 10 percent, Thomson Reuters said. But despite this, on a global scale the industry is still small, representing just one percent of global financial assets. Most of these are only located in the seven Gulf Cooperation Council (GCC) countries, as well as Iran and Malaysia.

This small concentration represents potential for growth in new and current markets. The 2019 World Finance Islamic Finance Awards recognise the sector’s greatest success stories from around the world and identify those that are set to show resilience in the coming years.

Digital influence
The proliferation of fintech across financial sectors has not gone unnoticed by leaders of the Islamic finance industry. In the GCC, fintech has spurred a dynamic transformation of regional markets’ financial offerings. Countries from Bahrain to the UAE have created incubators and accelerators to help get innovative tech start-ups up and running. The emergence of several digital Islamic banks is also revamping the sector by extending Islamic finance’s reach into areas beyond the GCC, including Europe and Africa.

But this technology is also important in GCC countries, and more widely in the Middle East and North Africa region. Financial inclusion is an issue for many countries in the area, with a large proportion of adults not holding a bank account. However, digital-only financial institutions can take advantage of the region’s high smartphone penetration to give these unbanked people access to apps or websites that allow them to transfer money, crowdfund and pay for goods anytime and anywhere.

According to IFN Fintech, there are more than 100 Islamic fintech companies based around the world, from Malaysia to the UK. These include companies that offer Islamic financial robo-advisors and alternative asset marketplaces. Technology could go even further to help those without traditional bank accounts by offering biometric tests, such as eye and fingerprint scans, or voice and facial recognition. Paired with blockchain’s distributed ledger technology, these tools could address the issue of identity verification and protection among unbanked populations.

However, in its Islamic Finance Outlook 2019 Edition report, S&P Global Ratings said that in the medium term, fintech could also lead to some disruptions in the Islamic finance market. S&P said fintech posed “a potential threat to some business lines such as money transfer, especially in the GCC region where expatriates send more than $100bn every year back home”. But in the long run, the agency concluded that fintech will “unlock new avenues for growth and enhance the security of transactions” in the Islamic finance sector.

Standard regulation
Yet another benefit of the digitalisation of the Islamic finance industry is a burgeoning regulation technology, or regtech, sector. S&P said regulations standardising Sharia interpretation and legal documentation could simplify sukuk issuance, calling it a measure that could “unlock the full potential of Islamic finance”. While Islamic finance is known to ban interest payments and monetary speculation, business practices can vary from market to market across the Middle East, Africa and South-East Asia.

The recent Dana Gas debacle helped bring the issue of standardisation into the spotlight. The dispute between the UAE-based energy company and bondholders erupted after Dana Gas said it would not repay a $700m sukuk because it was no longer compliant with Sharia law. In the closely watched case, Dana ended up agreeing to a restructuring deal.

S&P believes standardisation would help the industry gain more widespread appeal among investors, saying: “Investors tend to shy away from the uncertainty they are not able to quantify.” The IMF also hopes to improve regulation in the industry by incorporating Islamic finance into its financial sector assessments as of 2019. “The IMF wants to encourage more consistency in applying Islamic finance rules, having previously warned over the complexity of some Sharia-compliant products that could stifle growth and add to financial instability.” The Islamic finance market could contribute to financial inclusion, deepen financial markets and develop new funding sources, the group said.

Beyond the GCC
The Islamic finance sector received a major boost in 2017 thanks to the development of jumbo sukuk issuances in some GCC countries. Since then, the sukuk market has cooled amid slowing economic growth in core regions. Last year, economic expansion was lower than expected in the area due to low oil prices, global trade disputes and turbulent political situations. Growth is likely to remain slow in 2019 – S&P, for example, only predicted a “mild” economic recovery in the GCC after a sluggish 2018.

But there remain significant opportunities elsewhere in the world. While Islamic finance assets account for over 15 percent of total financial assets in countries such as Saudi Arabia, Kuwait, Qatar and Malaysia, Thomson Reuters found that Cyprus, Nigeria and Australia showed the most rapid growth in 2017.

Africa is a particularly interesting region for Islamic banking. As of 2010, sub-Saharan Africa was home to a Muslim population of around 250 million people. The Pew Research Centre has predicted that figure will more than double to reach nearly 670 million by 2050. The number of Muslim people in North Africa and the Middle East, meanwhile, is expected to rise from 300 million in 2010 to more than 550 million in 2050.

The Islamic Financial Services Board has calculated that the market in sub-Saharan Africa was worth $30bn in 2017. Sukuk have been issued in countries including South Africa, Nigeria and Togo, while the multilateral lender Africa Finance Corporation issued the first sukuk by an African government-backed group in 2017. Meanwhile, Islamic ‘windows’ have opened at banks in countries including Egypt and Kenya. With opportunities across the continent, Africa has garnered the title of Islamic finance’s new frontier.

Beyond Africa, the UK presents a huge prospect for the Islamic finance market. The country became the first western nation to issue a sovereign sukuk in 2014, and now it is the biggest centre for Sharia-compliant finance in the West. There are five licensed, fully Sharia-compliant banks in the UK, and more than 20 additional banks offer some form of Islamic banking. So far, 65 sukuk worth £35bn ($44.9bn) have been issued on the London Stock Exchange, according to TheCityUK. Even so, experts at the group say there is still plenty of room for growth in the UK, as the majority of Muslims in the country are unaware of Islamic finance or unclear about what it means.

With these dynamic prospects for growth, the Islamic finance sector will continue to flourish in the years ahead, bringing financial inclusion to new areas and boosting prospects for a number of regions. The 2019 World Finance Islamic Finance Awards highlight the companies that have helped take the sector to new heights, and those that are poised to pave the way to new markets and opportunities.