Although Islamic banking continues to show solid growth, there has been some turbulence. The World Finance Islamic Finance Awards 2020 showcase the firms looking to the future by broadening their appeal 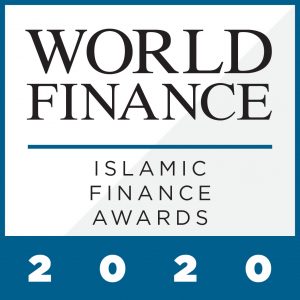 It may have started life as a niche arm of the banking sector, but Islamic finance has grown to such an extent that institutions the world over – even those outside of Muslim-majority countries – have had to take notice. Islamic finance is predicted to grow five percent throughout 2020, according to S&P Global Ratings, despite some downward pressure being applied due to poor economic conditions in core markets.

In the year to come, the sector is expected to continue its growth, expanding to new frontiers and embracing developments in the industry. The establishment of international bodies like the Accounting and Auditing Organisation for Islamic Financial Institutions will further improve trust in the industry, even as it remains committed to innovation.

The recent slowing rate of growth comes as a concern to some operators, which will have to identify ways to return the industry to the peak levels of growth witnessed a few years ago. The 2020 World Finance Islamic Finance Awards recognise the organisations that are already making inroads in this area, showing resilience when times are tough and laying the groundwork for future success.

Riding the wave
As with many other areas of the banking sector, fintech is set to have a substantial impact on Islamic finance in 2020. In particular, blockchain could provide huge benefits in terms of sukuk issuance. Currently, there are three main challenges related to sukuk, or Sharia-compliant bonds. These concern the traceability of underlying assets, cash flows and investors.

Africa, with its sizeable Muslim population, provides huge growth potential that is only now being explored

Blockchain solves these issues by boosting security and reducing the risk of identity theft. In October of last year, microfinance cooperative BMT Bina Ummah became the first organisation to issue a sukuk on a public blockchain. Other financial institutions have followed suit, benefitting from the transparency that is characteristic of blockchain-based transactions.

The fintech wave could also help bring Islamic finance to a larger market. The widespread use of smartphones has helped to bring a sizeable range of financial services to individuals who would previously have been classified as underbanked or unbanked. In fact, according to PricewaterhouseCoopers, 46 percent of consumers now use digital channels exclusively for their banking needs. Islamic finance needs to find a way of exploiting this trend.

In some parts of the Muslim world, religious concerns can prevent individuals from opening a bank account – this reason was cited by 34 percent of adults in Afghanistan and 27 percent in Iraq and Tunisia, a Thomson Reuters study found. Fintech firms should view this as a huge opportunity and set about launching Sharia-compliant digital wallets that offer individuals a number of services, from microcredit to money transfers, even if they do not present the full array of options that accompany traditional bank accounts.

Furthermore, fintech services could provide advice and education in areas surrounding Islamic finance. Research conducted by Gatehouse Bank last year found that many Muslims still rely on religious scholars for financial advice and more than 60 percent remain sceptical about how compliant with Sharia law some financial products really are. Digital communication provides a way for financial firms to connect with these individuals, allowing them to offer advice and reassurance.

Going to market
One of the major headaches for businesses specialising in Islamic finance is economic slowdowns in their core markets. In many respects, the last year has not proved to be a favourable one, with both the Turkish and Iranian economies faring particularly badly. Other major markets for Islamic finance, including the Gulf states, remain subject to economic turbulence that is dependent on fluctuations in the oil market.

ESG concerns are having a significant impact across the financial world, and Islamic finance promises to be no exception

It is vital, therefore, that Islamic finance products and services make reaching new customers a priority. For example, Africa, with its sizeable Muslim population, provides huge growth potential that is only now being explored. Despite the fact that Islamic finance emerged on the continent back in 2013, it accounts for just 0.5 percent of the world’s sukuk.

“Islamic [banks’] performance in large African banking systems such as South Africa and Nigeria should remain robust over the next 12 to 18 months,” Akin Majekodunmi, Vice President and Senior Credit Officer at Moody’s, explained in a report late last year. “And Africa’s large Muslim population, which is predominantly unbanked or underserved, will continue to provide a solid foundation [on] which Islamic banking assets, and thus earnings, can grow rapidly.”

One way in which financial organisations can assist with the spread of Islamic finance is by improving standardisation. Currently, different jurisdictions have their own criteria for what counts as Sharia-compliant finance, which confuses matters for investors and other bank clients. Fortunately, efforts are underway to create a more standardised environment: the UAE has established the Higher Sharia Authority, which met for the first time in February 2018 and seeks to develop a clear and transparent framework around Sharia products while working with other global bodies to pursue uniformity. Along similar lines, Malaysia is aiming to standardise its Sharia contracts.

Acting ethically
Environmental, social and governance (ESG) concerns are having a significant impact across the financial world, and Islamic finance promises to be no exception. As firms seek to align themselves with a more sustainable and socially responsible corporate world, Islamic finance has an opportunity to take a leading role. In fact, Sharia-compliant finance and ESG principles should sit alongside one another relatively comfortably.

“Islamic finance’s goal to protect life aligns with sustainable finance principles, which emphasise environmental and social protection,” read an S&P Global report last year. “These include… refraining from developing or financing operations that could harm the environment or the health or wellbeing of humankind. Green sukuk is an example of instruments that can be used to finance environmentally friendly projects.”

In terms of governance, Islamic finance is often subject to greater scrutiny than typical products, usually from Sharia boards. Recent data from Refinitiv suggests a direct correlation between ESG criteria and Islamic finance, with Sharia-compliant companies scoring three percent higher in terms of governance. They also performed better according to environmental and social criteria – by 7.3 percent and seven percent respectively.

Once again, pushing their ESG credentials to the fore should help Islamic finance products to reach a broader audience. Many financial institutions are already showcasing the shared principles between the two financial frameworks, and further emphasis in this area will only help matters.

As the Islamic finance market looks to return to the levels of growth it was delivering a few years ago, it should explore its past and future. The sector has a rich history of placing ethical concerns above profit and it should continue to tap into this ideology, but it must also look to technological developments that will help it reach more customers. The World Finance Islamic Finance Awards 2020 highlight the organisations that are continuing to move the industry forward without losing sight of its beginnings.

Business Leadership and Outstanding Contribution to Islamic Finance
Musa Shihadeh, Chairman of the Board of Directors at Jordan Islamic Bank

Sovereign Sukuk Deal of the Year
Oman Ministry of Finance