With an ageing population being recorded in most parts of the world, the importance of saving for retirement has taken on greater significance. The World Finance Pension Fund Awards 2020 identify the companies that are helping individuals create saving plans that are right for them 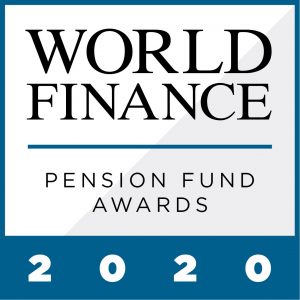 The world’s population is rapidly getting older. Medical advances are prolonging life expectancy, while changing economic and social conditions are causing many to postpone having children until later in life. By 2050, the number of people aged 60 and over is predicted to total two billion, a huge rise compared with the 900 million registered in 2015.

For pension funds, this provides a huge opportunity, but one that will surely ramp up competition. In a market where the demand for pension products and services has never been higher, it will be up to individual companies to stand out from their competitors by embracing different ways of working and keeping track of new technologies.

Businesses that can make the most of the opportunities being created by shifting global demographics will flourish. The World Finance Pension Fund Awards 2020 shine a light on the organisations that are exploring ways to offer products and services that allow their customers to enjoy a fulfilling life long into old age.

Reliable returns
Pension funds do not always have the best reputation. This is not because they are viewed as risky or ethically dubious – quite the opposite. Rightly or wrongly, pension funds are sometimes seen as boring, failing to capture the imagination of investors in the same way that venture capital or real estate might. Nevertheless, pension funds provide a vital service and, more often than not, solid returns.

Across the globe, the way state pensions are administered has been rethought to cope with the ageing populace

It was something of a surprise, therefore, to read of several major pension funds causing agitation earlier this year, after criticising the culture of ‘short-termism’ pursued by firms and asset managers. In an open letter, business leaders from the California State Teachers’ Retirement System, USS Investment Management and the Japanese Government Pension Investment Fund hit out at individuals who continue to question the importance of sustainability in the investment world.

“As asset owners, our ultimate responsibility is to provide for the post-retirement financial security of millions of families across multiple generations,” the letter reads. “Since our commitment to providing financial stability spans decades, we do not have the luxury of limiting our efforts to maximising investment returns merely over the next few years. If we were to focus purely on short-term returns, we would be ignoring potentially catastrophic systemic risks to our portfolios.”

The letter is part of a growing trend within the pension fund space that takes environmental, social and governance (ESG) issues very seriously. This is not only driven by concerns about reputational risk; it also reflects the opinions of a growing number of pension fund contributors. According to research undertaken by the UK’s Department for International Development, 68 percent of respondents believe their investments should be driven by ESG considerations, while 57 percent want to learn more about how their pension savings impact others and the planet.

The old and the new
Although pension funds may not initially come to mind when talking about innovations in the finance industry, this particular sector has been quick to embrace digital technologies. Automatic enrolment solutions have made it easier than ever for employers to fulfil their pension obligations to members of staff and regulators.

In addition, many pension funds are increasingly utilising machine learning to improve engagement and deliver greater levels of personalisation. The huge quantity of personal data that is now available to financial advisors can provide customers with a more bespoke pension plan – one that takes into account their current financial situation, future goals and ultimate saving aim.

In addition to raising the retirement age, governments and businesses should look at creating more employment opportunities for older individuals

Artificial intelligence is also being employed by fund managers to deliver better returns. For example, Japan’s Government Pension Investment Fund has begun using Sony’s deep learning systems to track and analyse its portfolios. Although the technology is only being employed on a trial basis, a number of interesting trends have already been identified, particularly when asset managers start to drift from their usual investment parameters.

Along a similar vein, pension funds are using artificial intelligence (AI) to improve communication. AI chatbots can offer advice and information to savers through reliable and efficient digital portals, helping to prevent disengagement.

As pension funds increasingly turn to data as a method of gaining a competitive advantage, they are also likely to find themselves targeted by cyberattacks. This data offers lucrative returns for criminals and it will be up to each fund to ensure they have the appropriate safeguards in place. Just last year, the Oklahoma Law Enforcement Retirement System was the victim of a cyberattack that resulted in the loss of $4.2m.

Technology offers huge benefits for pension funds and their customers, but it should always be deployed carefully. Phishing, malware and remote access attacks are just a few of the methods that cyberattackers are likely to employ. It is important that fund managers are prepared for them.

Making adjustments
Across the globe, the way state pensions are administered has been rethought to cope with the ageing populace. This was felt most prominently in Brazil, where a long-debated breakthrough in pension policy was finally made last year. Attempts to reform the pension system in the country have been under discussion for two decades but have always proved politically unfeasible. Doing nothing, however, was set to become economically impossible too – in 2017, the Brazilian Government was forced into a budget deficit of $61.3bn in order to meet its pension obligations.

It was with some relief, therefore, that President Jair Bolsonaro announced the Brazilian Senate had approved his proposed changes to the country’s pension system in October. The retirement age would be raised to 65 for men and 62 for women – a change that is estimated to save the Brazilian state almost $200bn over the next decade. As the benefits of a state pension diminish, private pension funds based in the country may find that their customer base widens.

Across various other countries, there have been calls to increase the state pension age, with differing reactions. Although there is an acceptance that longer life expectancy will inevitably put a strain on social welfare schemes, telling people that they must work further into their old age is a sure-fire vote-loser among the elderly. In addition to raising the retirement age, governments and businesses should look at creating more employment opportunities for older individuals: many people retire not out of choice, but because the job market can be unwelcoming.

Pension funds also have a role to play in helping countries cope with their ageing populations. Currently, the market for private pensions remains underdeveloped – it accounts for just six percent of total pension expenditure across the eurozone. Rectifying this would help reduce pension shortfalls in the future, lessening the social burden placed on governments.

As the pension sector reacts to demographic and technological change, funds will have to adapt in order to deliver the best levels of service for their customers. The World Finance Pension Fund Awards 2020 recognise the organisations that are already achieving this, setting new standards as the industry moves forward.