As in all markets, it seems that sustainability is on an unalterable rise and pension funds are no different. They will see a transformation in the coming years, but the work must begin now if climate goals are to be met 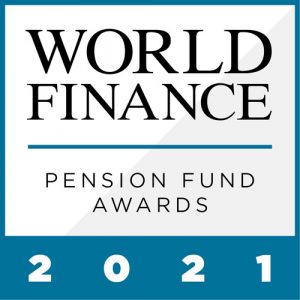 Global institutional pension fund assets in the 22 largest major markets (the P22) continued to climb in 2020 despite the impact of the pandemic, rising 11 percent to $52.5trn at year-end, according to the latest figures in the Thinking Ahead Institute’s global pension assets study. This growth in pension funds was underpinned by ongoing multi-decade themes, such as the shift from equities to alternatives and the rise of defined contribution (DC) pension assets, which now represent the dominant global pensions model.

The seven largest markets for pension assets (the P7) – Australia, Canada, Japan, the Netherlands, Switzerland, the UK and the US – account for 92 percent of the P22, unchanged from the previous year. The US is the largest pension market, representing 62 percent of the pension assets worldwide, followed by Japan and the UK, with 6.9 percent and 6.8 percent respectively. At the end of 2020, the study found that there was a significant rise in the ratio of pension assets to average GDP, up 11.2 percent to 80 percent, marking the largest year-on-year rise since the study began in 1998. The shift to alternative assets continues, with two decades of change in pension fund asset allocation globally.

In 2020, over a quarter of P7 pension fund assets (26 percent) were allocated to private markets and other alternatives, compared with seven percent of assets in 2000. This large shift is due to the expense of equities, down to 43 percent from 60 percent in the period, while bond allocations declined marginally to 29 percent from 31 percent. In P7, defined contribution (DC) assets are now estimated to represent almost 53 percent of total pension assets compared with 35 percent in 2000. Over the past 10 years, DC assets have grown at 8.2 percent yearly, while defined benefit (DB) assets have grown at a slower pace of 4.3 percent.

DC and DB pension assets see their highest proportion in Australia (86 percent), while in the UK the proportion stands at 81 percent, with a dominance of DB pension assets. Marisa Hall, co-head of the Thinking Ahead Institute, said that one of the main challenges for pension funds is the effective stewardship of their assets. “It is clear that the unstoppable ‘ESG train’ is picking up pace and in some cases is being turbo-charged by climate change and the accelerating path to net zero. It is this focus on sustainability that will truly shape the pensions industry in the coming decades.”

“A significant reallocation of capital is expected as the investment world undergoes a paradigm shift in extending its traditional two-dimensional focus on risk and return to one of risk, return and impact,” she added. Better-funded and better-hedged defined benefit (DB) pension schemes, and their sponsoring employers, may have had the opportunity in the last 12 months to buy out benefits, or otherwise take pensions cost and risk off the table. This may have been possible on more beneficial terms than usual owing to the abnormal economic circumstances.

Less well-funded and less well-hedged DB schemes are likely to have seen a hit to their funding position. Where the sponsoring employer’s business has also been adversely affected by lockdown restrictions, employer pension contributions may have been unaffordable for a period and DRCs may have been suspended. DB scheme trustees have had to balance the need for support for the scheme against the need for a sustainable sponsoring employer, where the scheme is not self-sufficient.

John Towner, head of new business at Legal & General Retirement Institutional, said that over the past two years, companies have transferred record amounts of their pension obligations to insurance companies, enabling them to secure the promises they have made to their employees while freeing up internal resources to focus on their core businesses. “With the markets moving as they did in response to the pandemic, we saw increasing numbers of pension plans looking to take advantage of favourable pricing opportunities. This involved engaging directly and collaboratively with insurers such as Legal & General. Working together, we were able to deliver great pricing to pension plans not only in the UK but also in the US,” Towner said.

New challenges
Across DB pension schemes as a whole, there seems to have been increasing use of contingent assets, such as group company guarantees and escrow accounts. Cybersecurity has involved a heightened risk for DB and DC pension schemes in the last 12 months, given an increase in attempted pension scams over the lockdown period. Also, climate change, and the need to take account of the risks and opportunities afforded by climate change, is becoming increasingly important for both DB and DC pension schemes, particularly for the largest schemes. Trustees are giving closer scrutiny to their investment portfolios for the impact on carbon emissions.

However, while an increasing number of companies are aligning their business activities with the UK’s target of reaching net-zero emissions by 2050, pension investments are lagging and significant figures in climate activism have urged that pension funds must set a target of net-zero emissions for their investments if the UK is to meet its climate goals.

As the UK prepares to host the UN climate talks, COP26, in Glasgow this November, several prominent climate campaigners have called for pensions companies to sign up to green investment principles.

Pandemic reaction
The pension protection fund (PPF), a statutory fund in the UK, revealed that on March 31, 2020 its reserves decreased to £5.1bn, reflecting the impact of the markets’ reaction to the pandemic on the PPF’s return-seeking assets. Investments return 5.2 percent – the same as in 2018/2019 – despite market turbulence caused by the COVID-19 pandemic, and assets grew from £32.1bn to £36.1bn. However, Lisa McCrory, the chief financial officer of PPF, said that the PPF expects the macroeconomic situation to be tough for the foreseeable future, after having seen a good recovery in the current financial year. According to the latest data released by the Office for National Statistics, employee contributions to private-sector defined contribution (DC) schemes in the UK grew by 12 percent between Q2 and Q3 2020.

The study found that the market value of pension funds increased by less than one percent from June 30 and September 30, 2020. In the same period, gross assets excluding derivatives of private-sector DC schemes rose by nine percent, whereas DC schemes invested almost entirely via pooled investment vehicles (PIV). Gross assets excluding derivatives of private-sector defined benefit and hybrid (DBH) schemes were £2trn at the end of the third quarter, whose 57 percent were direct investments, 37 percent were via PIV and the rest were in the form of insurance policies.

Increasing metal allocation
Not many pension funds invested in base metals in the past and now they are looking to shift to a five to seven percent allocation towards the industry. According to a recent study conducted by NTree International and its sister brand Metal Digital, over the next 12 months, 64 percent of UK pension funds expect to go overweight in their allocation to gold, while 42 percent expect to overweight silver.

Around 18 percent of pension firms said they should hold around three to five percent in precious metals, and 66 percent between five to seven percent. For industrial metals, 44 percent said their exposure should be three to five percent, 24 percent said between five and seven percent and 24 percent said seven to nine percent. Founder of Ntree Timothy Harvey said he spoke to 150 EU pension companies with an AUM of $213bn and only two percent of respondents said they thought gold would fall this year, whereas 85 percent of respondents thought nickel would rise and 80 percent thought copper would see gains.

A list of the companies awarded in the World Finance Pension Fund awards 2021 can be seen below.

US
Teacher Retirement System of Texas