Over the past year, the global pensions market has been defined by a reduction of assets and the gaze of regulators. Amid this hostile environment, the World Finance Pension Fund Awards 2019 recognise the businesses that are providing a template for the industry’s future 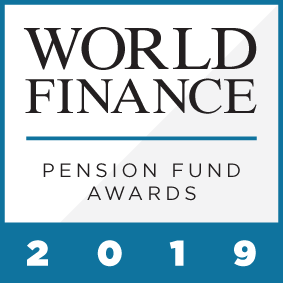 Across the relatively sleepy pensions sector, a storm is brewing. The industry is a behemoth of the global economy, particularly in terms of assets managed, and commands a tremendous amount of force. However, given the conservative approach many people take to their retirement savings, it lacks the drama and adventure that is commonplace in the private banking and venture capital sectors. A little bit of risk is fine – even necessary – but when it comes to retirement, there are very few people willing to bet on the proverbial two in the bush over the one in the hand.

This aversion to risk, accompanied by a lack of innovation, has led to several critical challenges across the sector. Looking to end people’s malaise as well as boost returns to members, regulators in some regions are stepping in to take control. It might have been easy to slip under the radar before, but underperforming funds will soon have nowhere to hide. The measures that may be put in place would add an unprecedented level of scrutiny and make it impossible to operate at any level that is less than excellent.

Defined benefit pensions may be gradually disappearing, but this does not necessarily mean that their replacement is up to the task

The World Finance Pension Fund Awards 2019 celebrate the leaders who will shape the dramatic overhaul the sector will soon endure. The firms receiving awards this year have demonstrated an ability to adapt to any market conditions, and are positioned to be trendsetters for the foreseeable future.

Cashed up
In terms of financial performance, 2018 was a year to forget. Last year, the world’s seven largest pension markets – Australia, Canada, Japan, the Netherlands, Switzerland, the UK and the US, which collectively control 91 percent of global assets under management – saw their third-worst year of the last 20, according to the Willis Towers Watson Thinking Ahead Institute’s Global Pension Assets Study report. While the five-year trend of 2.9 percent growth per annum and 10-year trend of 6.5 percent per annum are perhaps more indicative of the pension sector’s true performance, the results seen in the past 12 months should still prompt concerns.

The pension industry’s two unquestionable strengths are its necessity and size, and Willis Towers Watson’s report makes this particularly clear. The 22 major pension markets examined in the study have a sum total of $40.173trn in assets under management. Altogether, this accounts for 60 percent of the same 22 countries’ combined GDP. Since defined contribution (DC) schemes have started being implemented, member coverage, contributions and, subsequently, assets under management have steadily increased since the 1980s.

Defined benefit pensions may be gradually disappearing, but this does not necessarily mean that their replacement is up to the task. Willis Towers Watson’s report warns that “DC is still weakly designed, untidily executed and poorly appreciated; it will take better design and engagement models to create meaningful contributions to retirement security.” This level of underdevelopment is part of what has led global regulators to take a close look at the sector. After all, a public with insufficient access to retirement savings suddenly becomes an expensive cost for any government to manage. Fully aware of this problem, governments are beginning to act.

Australian underperformance
In 2018, Australia’s financial sector received a rude wake-up call. Following a slew of media reports detailing the sector’s culture of greed and profit at any cost, the government launched a royal commission in 2017 into misconduct in the banking, superannuation and financial services industry. The final report was released at the beginning of 2019 and illustrated a sector that is ineffective, inefficient and, in some cases, downright malicious. While much of the criticism was levied at banks, the pensions sector ended up being tarred by the same brush. Adding to that was a report from the Australian Productivity Commission revealing that a multitude of pension products were underperforming. Any good faith in the sector quickly dried up.

The Productivity Commission’s report was particularly important as it proposed a new model designed to name and shame underperforming funds. Under the commission’s proposal, superannuation products would have to earn a ‘right to remain’ by passing outcome tests every year. Funds that were persistent underperformers would be shut down, and the best performers would become the default funds offered to employees. Under these changes, there would be nowhere for underperforming funds to hide.

The language used in the report was pointed. “While there may be an element of ‘rough justice’ for funds, this is unambiguously preferable to the ‘rough justice’ the system has frequently meted out to millions of members – whose interests trustees are required by law to prioritise,” it said.

With compulsory enrolment still a relatively new feature, the UK is a good model for how modern pension markets are changing

Following the victory of the Liberal National Party in the 2019 Australian election, Treasurer Josh Frydenberg said he was “positively disposed to a review of the retirement income system as recommended by the Productivity Commission”. While the exact extent to which the Productivity Commission’s recommendations will be implemented is not yet known, the sector appears to be guaranteed a shake-up. The rest of the world will be looking at Australia to see the repercussions and assess whether similar changes could be implemented in their respective markets.

Global opportunities
To understand exactly what the future for global pension markets might look like, it is worth paying attention to the UK. With compulsory enrolment still a relatively new feature, the UK is a good model for how modern pension markets are changing. Speaking at the end of 2018, James Tufts, UK Life and Pensions Leader at EY, said that the country’s industry will need to navigate mergers, demergers, joint ventures, disruptive value-chain plays and the macroeconomic and political climate, all while engaging customers, pleasing shareholders and satisfying the regulator.

“Not an easy task, particularly considering the Brexit headwinds and an unsustainable savings and protection gap, but one that it has to succeed at,” he continued. “The industry, at over £1.5trn [$1.9trn] of [assets under management] and over £150bn [$190bn] of annual premium income, is a vital one – but it will need to transform in order to flourish, with technology and data at the heart of the changes.”
One area of improvement is cybersecurity, an issue taken up by the Treasury Select Committee. In 2018, an inquiry into a spate of IT failures in the sector was announced. “As insurers, wealth and asset managers complete their digital transformations, they can expect the same level of scrutiny,” Tufts said in 2018.

The sector’s future will also be defined by the companies that are seen as a safe, though exceptional, pair of hands. “The real challenge for 2019 and beyond is how to safely and sustainably achieve the level of transformative, digitally led change required to compete and win in today’s market, [while] delivering on the regulatory agenda,” Tufts said, according to the EY website. “The task is a tricky one, but the reward for success is market leadership and playing a key role in delivering on the industry’s social purpose.”

The global pensions sector should spend the next year looking to both Australia and the UK to see what the future of the industry might be. With the myriad challenges the future will bring, winners will be sorted from losers. The World Finance Pension Fund Awards 2019 identify the companies to watch and highlight those that are setting higher standards around the world.