Why we missed the storm

In November 2008, Queen Elizabeth II asked why no one saw the financial crisis coming. In the years following, many economists have attempted to answer her question, but few have come up with more than mere excuses 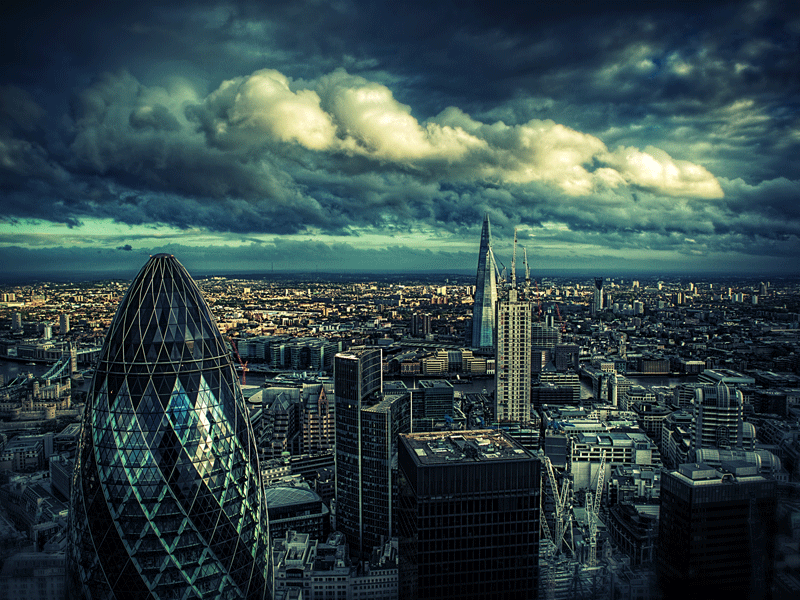 It has been 10 years since, on a visit to the London School of Economics (LSE), Queen Elizabeth II asked her hosts: “Why did no one see it coming?” She was referring to the financial storm of 2007/8.

As someone who works in applied mathematics, I know how hard it is to make accurate predictions – I even wrote a book, The Future of Everything, which discussed the topic in the context of weather, health and economic forecasting. But when predictions go badly wrong, the experience often offers information that can be used to update and improve forecasting models. To analyse how that process is (still) unfolding in economics, I present excuses given by economists over the last decade, translated for clarity into their meteorological equivalent.

And now, the weather
Former Federal Reserve Chairman Alan Greenspan said in a 2008 testimony: “The data inputted into the risk management models generally covered only the past two decades, a period of euphoria.” Here we have a weather forecaster saying they did not see the storm coming because it had been sunny for so long.

Glenn Stevens, Governor of the Reserve Bank of Australia, in 2008: “I do not know anyone who predicted this course of events. This should give us cause to reflect on how hard a job it is to make genuinely useful forecasts.” Weather forecaster: “None of my mates saw it coming either.”

Nobel laureate Robert Lucas in 2009: “Simulations were not presented as assurance that no crisis would occur, but as a forecast of what could be expected conditional on a crisis not occurring.” Here, the weather forecast was explicitly based on no storms happening.

Economist Ben Bernanke in a 2009 commencement address: “Like weather forecasters, economic forecasters must deal with a system that is extraordinarily complex, that is subject to random shocks, and about which our data and understanding will always be imperfect… Mathematicians have discussed the so-called butterfly effect.” The storm was caused by a random shock – or a butterfly.

Future Nobel laureate Tom Sargent in a 2010 interview: “It is just wrong to say that this financial crisis caught modern macroeconomists by surprise.” (Presumably, the non-modern ones were dead.) This is equivalent to weather forecasters saying they were unsurprised by the storm they failed to warn of.

A US Federal Reserve report from 2010: Mainstream macroeconomic models “are very poor in forecasting, but so are all other approaches”. Astrologers are no good either.

Economist John Cochrane in 2011: “It is fun to say that we did not see the crisis coming, but the central empirical prediction of the efficient markets hypothesis is precisely that nobody can tell where markets are going.” Nobel-prize-winning weather forecaster: “It is fun to say we didn’t predict the storm, but at least our prediction that we couldn’t predict it was spot on.”

The Bank of England’s Sujit Kapadia to Queen Elizabeth on her return visit to the LSE in 2012: “People thought markets were efficient, people thought regulation wasn’t necessary… People didn’t realise just how interconnected the system had become.” Weather forecaster: “People screwed up.”

Nobel laureate Paul Krugman at an event titled ‘the Genius of Economics’ in 2015: the crisis “came as a shock to me as to almost everyone”. The few people who did predict it “also saw five crises that didn’t happen coming, so it doesn’t quite count… There’s always going to be something out there that you miss”. Weather genius accuses those who did see it coming of always predicting a storm.

Lord Nick Macpherson, former head of the UK Treasury, in 2016: “I see myself as one of a number of people… who failed to see the crisis coming, who failed to spot the build-up of risk. This was a monumental collective intellectual error.” Weather lord: “We all screwed up.”

Christopher Auld from the University of Victoria in 2017: criticism that relegates the field to “failed ‘weather’ forecasting is not just misguided, it is anti-intellectual and dangerous”. Weather intellectual calling the idea they may have screwed up a monumental intellectual error.

Six eminent UK economists responding to “dangerous” and “ill-informed expert bashing” of their profession in 2017: “Like most economists, we do not try to forecast the date of the next financial crisis, or any other such event. We are not astrologers, nor priests to the market gods.” Six weather priests: “We never claimed to be able to predict the exact hour that your house would blow down, or any other such event afflicted on us at the whim of the weather gods.”

Andrew Haldane, Chief Economist at the Bank of England, in 2017: “Michael Fish getting up: ‘Someone’s called me, there’s no hurricane coming but it will be windy in Spain.’ It is very similar to the sort of reports central banks issued pre-crisis, that there is no hurricane coming but it might be very windy in sub-prime.” (This is a reference to a missed weather forecast by the UK’s Met Office in 1987.) Michael Fish responding on Twitter: forecast was “better than the Bank of England’s”.

Paul Krugman again, responding directly to the Queen’s question in 2018: “My bottom line is that the failure of nearly all macroeconomists, even of the saltwater [Krugman’s] camp, to predict the 2008 crisis was similar in type to the Met Office failure in 1987 – a failure of observation rather than a fundamental failure of concept. Neither the financial crisis nor the Great Recession that followed required a rethinking of basic ideas.” No translation required.

Time for a new paradigm
Of course, it is not completely fair to compare economics with weather forecasting. Recessions are not storms that come out of nowhere, but are things that we actively participate in and are affected by factors like faulty risk models. Economists are also entangled financially with the system they are studying.

Viewed this way, economists’ responsibilities are more like those of engineers or doctors – instead of predicting exactly when the system will crash, they should warn of risks, incorporate design features to help avoid failure, know how to address problems when they occur, and be alert for conflicts of interest, ethical violations and other forms of professional negligence. Failings in these areas, rather than any particular forecast, are the real reason so many are calling for a genuinely new paradigm in economics – and also why the Queen’s question has had so many different answers over the years.