In response to the economy-crippling stagflationary era of the 1970s, the two percent inflation target was adopted by many central banks as a means of preserving purchasing power. But what are the implications of raising this target? 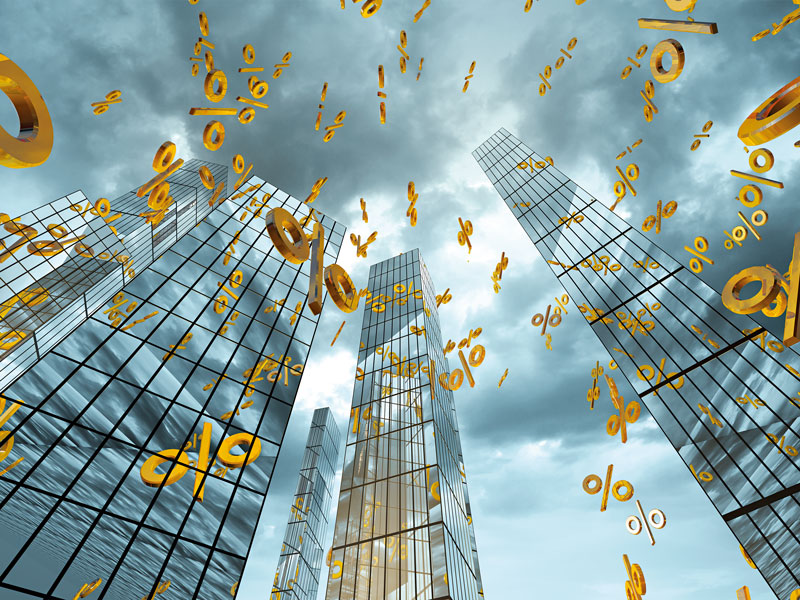 Inflation is starting to cast a shadow across developed economies as they emerge from the COVID-19 pandemic. It has jolted central bankers and policymakers out of their comfort zone with the totemic two percent target suddenly slipping away from them. Since the global financial crisis, gentle inflation has been seen as the friend of stable, growing economies. Now, it is looking to break the shackles central banks thought they had firmly affixed to it.

Some economists and analysts see higher inflation as a benign influence in economies with high levels of debt but that ignores its corrosive effect on savings and those on fixed incomes, such as pensions. Others are warning of the threat of stagflation, and a return of the economic blight of the 1970s, when a grim combination of low growth and inflation rates of 20 percent crippled the UK and other western economies. The two percent inflation target adopted by the Federal Reserve, Bank of England, European Central Bank and others emerged out of that era of high inflation and was then cemented into policy in the wake of the 2009 global financial crisis.

“It was a bit of an accident,” says David Morrison, senior market analyst at UK-regulated online trading platform Trade Nation. “It came in when we were coming off the back of very high inflation in the late 1980s when inflation was still in double figures. It started with the New Zealand central bank and by the mid-90s most central banks were moving towards it, although the Federal Reserve didn’t officially embrace it until 2012.”

A delicate balance
According to the OECD, normally cautious in its inflation forecasts, the US and the UK are unlikely to see inflation fall back to that two percent target until well into 2023, although it predicts other economies might withstand inflationary pressures better (see Fig 1). This will mean a constant stream of headlines about inflation exceeding the two percent target, but most economists believe central banks will live with those rather than change the target. It is a delicate balancing act. Raising the target would not be without its benefits, but the risks outweigh those, says Martin Beck, senior economic adviser to the EY Item Club.

“A higher inflation target, if achieved, would imply nominal interest rates being higher than otherwise. This would give central banks more room to cut rates when a shock hits. So there’s certainly some theoretical benefits from raising the inflation target. The problem is how it could be achieved. Most major central banks have undershot their targets over the last decade and the risk is that loosening policy sufficiently to achieve the higher target would cause inflation to overshoot and spiral upwards.”

Inflation is not just about numbers, debate over a few percentage points and the likely impact on interest rates. It is also about expectations, and that is a danger gnawing away at policymakers, says Beck. “A higher inflation target would also increase the chances that the public would start to pay more attention to inflation, and so it would bear more on pay demands.

One of the triggers for rising inflation in the 1960s and 1970s was the fading of ‘money illusion.’ As inflation began to creep up, workers became more aware that growth in pay was being eroded by rising prices and sought to offset that with larger pay demands.”

“Expectations are everything. Going out to deliberately push inflation up by raising the two percent target is an extremely dangerous thing to do. It can easily get out of control,” says Morrison.

Tempering trust
Keeping a lid on people’s expectations – and fears – about rising prices is one of the reasons why central bankers and politicians keep stressing their belief that the current inflationary pressures are only transitory. This was the theme adopted by the Governor of the Bank of England, Andrew Bailey, in his pre-budget letter to the Chancellor of the Exchequer, Rishi Sunak, in which he blamed the exceptional volatility of post-Covid economic activity on the hikes in energy and fuel prices and supply chain strains pushing up transport costs.

Bailey is also cautious about being manoeuvred into a situation where the bank raises interest rates but inflation does not respond. This is a seminal moment for central banks and one of the central tenets of monetary policy in the 21st century. If they raise interest rates and the impact they have on demand is minimal, people will start to lose faith in their ability to control inflation. This concern is very real, says Kieran Cleere, head of sales trading for the market risk solutions team at Silicon Valley Bank.

“At its core the monetary policy lever is a demand tool. Central banks will be asking themselves the very same questions as the markets at large: what has been the catalyst for the broad-based price increases? Where supply bottlenecks are driving prices not only is increasing rates unlikely to have a material impact but, on the contrary, it risks throttling a nascent, if faltering, recovery. If supply constraints are driving prices the question has to be whether the monetary Aladdins are the right people to put the fiscal genie back in the bottle?”

The alternatives for the central banks are to talk tough, hoping that they are not called into action before they can be effective. “History tells us that inflationary expectations and central bank credibility are the key to inflation dynamics”, says Vladimir Potapov, CEO of VTB Capital Investments.

He believes that talk alone might not be enough and that central banks might have to take the plunge and raise interest rates. “The famous economist John Cochrane says that fighting inflation is like deterring an enemy. If you just say you have the tools that’s not very scary. If you tell the enemy what the tools are, show that they all are in shiny working order, and demonstrate that you have the will to use them no matter the pain inflicted on yourself, deterrence is much more likely.

So, central banks should demonstrate that they are ready to act and we believe that is what most central banks are doing right now.” Emerging market central banks are already starting to move in this direction with Singapore announcing its first serious tightening of monetary policy for over three years in mid-October. The major central banks are now expected to follow with incremental increases over the next few months.

Most believe significant moves by the major central banks are unlikely, partially because the pressure on prices is being driven by supply factors and partially because the impact on households and businesses of any precipitous rise in interest rates could be detrimental. This is very much the view of the EY Item Club, says Beck. “Higher interest rates would do nothing to resolve supply problems or bring energy prices down but would add to the pressure on household finances from higher prices and welfare cuts.”

He doubts the Bank’s Monetary Policy Committee (MPC) would want to risk damaging the recovery by raising rates too far, too soon. Inflation may be looking as if it has few friends but those holding large amounts of debt – governments, businesses and households – have often benefited from the diminution of their debt burden in real terms in the past, especially if they can cope with the burden of the higher interest payments that usually accompany higher inflation.

Inflation acceptance
Cleere thinks governments will be quietly relaxed about modestly higher levels of inflation, calling their response nuanced. “Going forward the servicing and paying down of debt burdens will be front and centre of treasury minds around the globe as economies re-establish a normality. Given the scale of stimulus provided, tax increases alone cannot rein in debt without fear of crushing economic activity. For this reason, a tacit approval of inflation is going to inform part of any future approach to deleveraging nations.”

Indebted businesses might not be so sanguine if their interest payments start to rise, warns Morrison: “Even in the junk bond market, spreads have come right down and poor business have been able to borrow the money. Once those spreads start widening then we are heading for trouble.” Failing businesses would do nothing to ease the supply side pressures, many of which are global, but would be a serious drag on economic growth. This is a gloomy prospect but one canvassed as a very real threat by several leading economists, including Professor Nouriel Roubini from the Stern School of Business at New York University. In a recent article (in The Guardian) he dismissed the role of inflation in reducing debt as holding more dangers than potential benefits.

“As a variety of persistent negative supply shocks hit the global economy, we may end up with far worse than mild stagflation or overheating: a full stagflation with much lower growth and higher inflation. The temptation to reduce the real value of large nominal fixed-rate debt ratios would lead central banks to accommodate inflation, rather than fight it and risk an economic and market crash.

“But today’s debt ratios (both private and public) are substantially higher than they were in the stagflationary 1970s. Public and private agents with too much debt and much lower income will face insolvency once inflation risk premia push real interest rates higher, setting the stage for stagflationary debt crises.” For most of this century inflation sat benignly on the economic sidelines clutching its two percent target. It looked to be everyone’s friend. It is rapidly losing those friends as it casts aside its former constraints.