Top 5 economic risk factors that must be considered

Whether it’s unemployment or cyber-security, every country has weaknesses in its economy, which if exploited, could drive it into recession 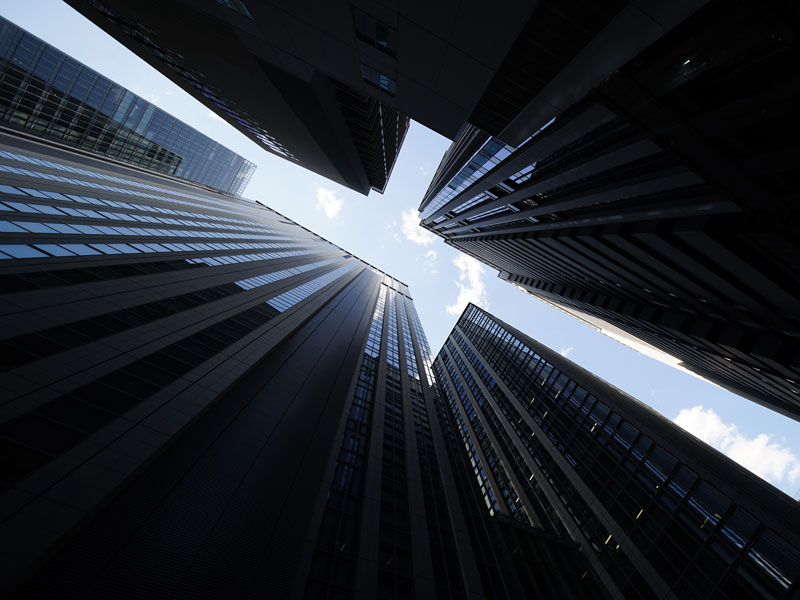 The majority of the risks that threaten global economies have existed for centuries, while newer concerns, like cyber attacks, continue to emerge and develop with each passing year
Markets | Top 5
Author: Sophie Perryer

No matter how resilient a country’s economy may be, there will always be risk factors that threaten to derail growth and could even plunge it into recession. Some of these risks, such as decline in national industry, have existed for centuries, whereas others, like cyber-attacks, are much newer phenomena. Some are easier to prepare for, through policy, infrastructure or technology, while others could strike with little warning, leaving severe and long-lasting marks.

As every country’s economy is different, some will be hit harder than others by various risks

As every country’s economy is different, some will be hit harder than others by various risks depending on the state of their industries and institutions. The best way of ascertaining which are the most significant threats, as well as how a country is preparing itself, is by conversing with decision makers across government, business and civil society. By being aware of the possible risk factors, and preparing as best they can, countries give themselves the greatest chance of bouncing back when a threat does come to fruition.

1 – Unemployment or underemployment
Joblessness is by far the greatest risk factor worldwide, and is named as the top potential cause for economic crisis in 31 countries by the World Economic Forum (WEF). Even short periods of unemployment can have severe implications for an individual’s standards of living, particularly if they were previously in a low-paying job and as such have no savings to fall back on. Similarly, several weeks without work can drive a family beneath the breadline, particularly in some African countries for which extreme poverty is already a significant issue.

For governments in these countries, as well as in more developed European nations, high levels of unemployment mean that benefits spending must be increased, putting further pressure on the national budget. Prolonged periods of unemployment can also lead to an erosion of skills, which in turn makes it more difficult for those without jobs to re-enter the workforce, thereby negatively impacting productivity and the country’s ability to pull itself out of economic trouble.

2 – Cyber-attacks
The explosion in scale and prevalence of cyber-attacks over the past 20 years means they are now the second most significant economic risk factor. The WEF estimates that data breaches, ransomware attacks and various other kinds of cyber incidents are the greatest threat to the economy of 19 countries, including the US, the UK, and much of Western Europe. As hackers’ techniques become increasingly advanced, companies are forced to shell out an ever-growing proportion of their profits to protect themselves online, which can impact business expansion. Not only that, when a cyber-attack does occur, it can cost thousands to rebuild computer systems and information databases, not to mention trust relationships with customers after such an incident.

If hackers gain access to governmental systems or the electricity grid, this can be even more disruptive. The WEF estimates that a six-hour winter blackout in mainland France could result in damages totalling over €1.5bn ($1.68bn), and that’s in a country that has the economic resilience to withstand a shock like that – nations with fragile finances could suffer far more deeply. There’s also the question of whose responsibility it is to bail out customers if they face monetary loss as a result of a cyber attack, as if a government is unable to offer any aid in doing so, the burden will fall on the private sector.

3 – Energy price shock
For countries such as Saudi Arabia, Qatar, Oman and Bahrain, whose economies are heavily reliant upon oil and natural gas revenues, a dramatic decline in energy prices poses a significant threat. The WEF estimates that 15 countries, including unlikely contenders such as Australia, are most likely to face an economic crisis as a result of an energy price shock, as was seen globally in 2015. In January 2016, the price of crude oil fell below $30 a barrel, compounded by a global oversupply and a shift away from fossil fuels. Countries such as Kuwait saw GDP contractions of up to three percent that year as a result, and some only emerged from recession in 2018.

The crisis emphasised the need for economic diversification, particularly in OPEC countries, but progress has been slow so far, which explains why an energy price shock remains a major risk. Not only would national industry be affected if prices were to drop or lift suddenly, but suppliers may be forced to reflect changes in the prices that customers pay for energy. This would drive down purchasing power, increase poverty and may cause a country to fall into recession.

4 – Failure of national governance
A vital part of a government’s role is to ensure that the existing law of the land is upheld, and introduce measures to improve living conditions for every single citizen. However, if this responsibility is not met, either as a result of corruption or ineffective policies, it poses a significant risk to the economy and to society. The WEF estimates that a failure of national governance poses the greatest threat of economic breakdown to 11 countries, including Panama, Greece, Ecuador and Brazil. Several of these nations, particularly Brazil and Ecuador, have significant issues with corruption to contend with, and current governments must work to unpick money laundering, bribery, fraud and various other issues that are deeply embedded in those societies. Previous governments in countries such as Greece have also overspent massively on a national level, creating a devil-may-care culture with regards to the budget, which now poses a serious threat to the economy.

It’s not just the responsibility of politicians to tackle government issues, though – businesses, civil society and the general public all have a role to play. Companies operating in countries with poor governance face higher costs, so it is in their interests to comply with national regulations and campaign for others that would protect their businesses. Similarly, consumers are more likely to be defrauded or scammed as a result of improper governance, while the legal system will groan under the weight of a pile of fraud cases in countries where regulation and compliance is inadequate.

5 – Fiscal crises
Fiscal crises tend to be the greatest economic risk factor in countries for which economic growth is erratic and could be derailed by any number of national or global fiscal events. This is certainly the case in the 11 countries named by WEF as the most likely to face economic breakdown as a result of a financial crisis, which include Turkey, Azerbaijan, Argentina and Russia. The 2008 crash is a key example, as it derailed the economic progress of developing countries, plunging many into deep recessions. Turkey in particular saw consistent GDP growth of above five percent in the early 2000s, until the impact of the financial crisis saw its economy contract by 4.7 percent in 2009.

Fiscal crises are highly unpredictable and it can be challenging for governments to know how to plan for them; however, reducing the national deficit, building a budget surplus, and encouraging business growth, productivity and employment is a good place to start. By preparing at a national level, governments can avoid excessive national and personal borrowing and debt when a crisis does hit, which has long-reaching economic effects and can derail recovery.