Starling Bank has enjoyed a meteoric rise since its start in 2014. Now, there are plans for the digital challenger bank to branch out into mortgages perhaps in anticipation of an IPO in the next year or two, as Ruth Kibble discovers 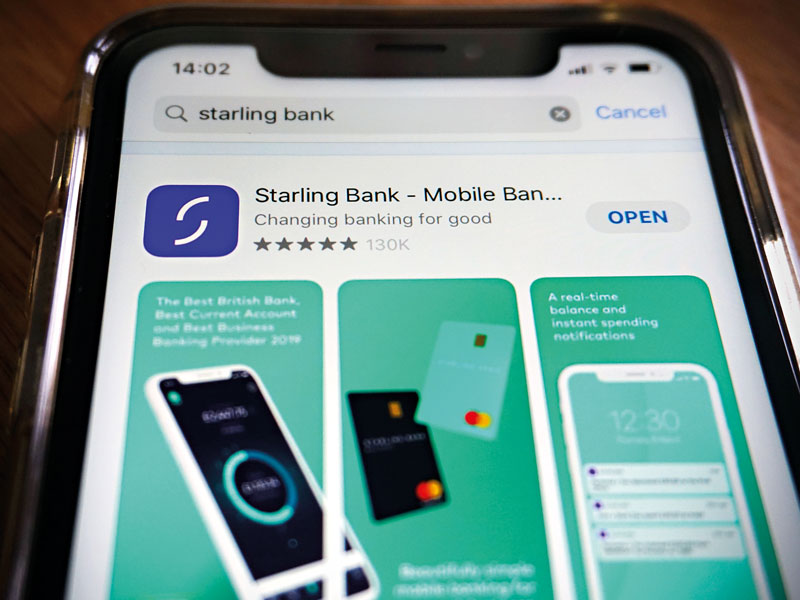 Starling Bank completed its first acquisition earlier in the summer, giving a strong indication that the fintech soon plans to offer domestic mortgages. Surprisingly though, the purchase was of buy-to-let specialist Fleet Mortgages. If Starling is planning to be the first entirely digital bank to offer mortgages and loans in the UK, why go for a more niche acquisition first – were they just dipping a toe in the water or is there more to it than that?

Starling’s recent 600 percent increased revenue report and doubling of customer numbers demonstrate how firmly it has established itself in the UK’s mainstream money consciousness. Now, it has acquired a mortgage lender and suggested moving into the mortgage lending space. If the bank’s mortgage offerings are as progressive and user-friendly as its app, they will surely see unprecedented uptake. It would also make Starling the first wholly digital mortgage lender, placing them ahead of other digital rivals Monzo and Revolut, and more in line with the traditional high street banks it seeks to better.

If the bank’s mortgage offerings are as progressive and user-friendly as its app, they will surely see unprecedented uptake

Fleet Mortgages’ customer base is professional or semi-professional buy-to-let landlords. Perhaps knowing that the BTL market has become increasingly onerous for landlords in recent years, Starling wishes to offer a simple digital product that makes life easier. Perhaps it knows that its own core customers – adults who lead digital lives – are likely to have multiple streams of income, some of which may come from property.

Whatever the reason, Starling itself has confirmed that the move is part of a wider plan at the bank to expand lending through a mix of strategic forward-flow arrangements, organic lending and targeted M&A activity.

A strategic manoeuvre
Anne Boden, CEO of Starling, said: “The acquisition of Fleet Mortgages is the start of our move into mortgages as an asset class and builds on a number of forward-flow arrangements that we’re doing with leading non-bank lenders.” Moreover, the acquisition of lending facilities and the development of its own capacity to lend on mortgages and take a share of the UK domestic mortgage market will build Starling’s balance sheet and stand it in even better stead for its much-anticipated possible IPO in the next year or two. This had once been rumoured for late 2021, but with the pandemic stalling everyone’s plans, the bank has remained steadfast in its commitment to do banking better, and Boden will not be rushed. No public date for flotation has yet been announced by the bank, but its acquisition activities and expansion of offering such as BaaS for Europe and joint accounts all suggest that the organisation is taking its time to optimise its position before it goes for any flotation.

This goes for both the disruptor tech that made it famous as well as the need for ‘traditional’ banking provisions; ‘Banking. But better,’ as the firm’s strapline goes. Starling’s IPO success will come from three things: first and foremost its tech. It has clearly positioned itself as a technology company and has built its own world-class technology from scratch. This is an incredibly complex and difficult thing to do and having developed this technology and become the market leader, it is rightly proud of its achievements as a disruptor and challenger. Secondly, in positioning itself as a real bank, not just an app (Starling gained its banking licence in 2014), it gains legitimacy and captures the idea of a traditionally reliable business that will make money for investors. Third, it has enormous appeal to customers due not only to its ease of use and impressive technology, but also due to its ethical credentials. Banking as an industry has somewhat fallen out of favour with young investors at least, and several banks have fallen under fire in recent times due to their investing in industries that in turn fund arms production, climate breakdown, and human trafficking. Traditional funds and individual investors alike are more and more concerned with companies’ business practices and ESG credentials when investing, and Starling has aligned itself with this public mood in its ethics statement.

This should serve to increase confidence further still that any IPO when it does happen will lead to success for the bank. From its beginnings as a disruptor bank, to its slew of ‘best British bank’ awards, TV ads encouraging customers to ‘break free’ from traditional banking, and a brand new sponsorship deal with the UEFA Women’s Euros 2022, Starling is clearly resolute in its goal of ‘Banking. But better.’ A continued focus on M&A activity and optimising its position while growing its ranks of happy customers could be a winning combination. No wonder industry insiders are keen to know when they can muscle in and get a piece of the action.