Healing the economic scars of the pandemic

The great recovery begins after 18 months during which global economies have been tested to breaking point, but for those countries burdened with state-owned enterprises, the task will involve much-needed reform as a first step, writes Selwyn Parker 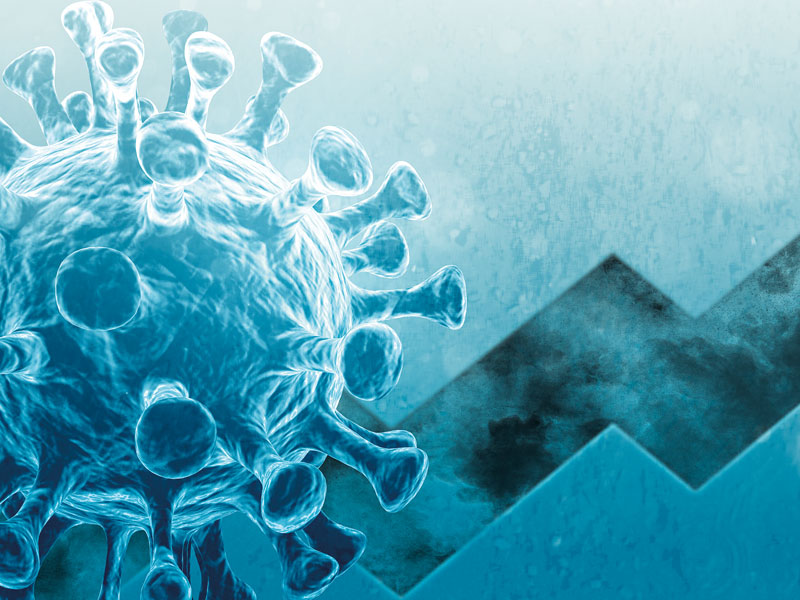 The global finance industry may have survived the pandemic more or less intact, but now it finds itself in the forefront of a long recovery as gaping economic scars heal. And the wounds are deepest in those regions that were struggling even before the pandemic for what the International Monetary Fund describes as “strong, sustainable, job-rich and inclusive growth.” By general consent, the hardest-hit were the Middle East, North Africa and central Asia, most of which are burdened by large, relatively inefficient state-owned enterprises (SOEs) that were idled throughout the pandemic, draining state coffers and raising compelling issues for governments. Some countries in these regions have hundreds of SOEs while at least one, Azerbaijan, with a population of 10.25 million, has several thousand.

As global output collapsed by roughly three times more than during the financial crisis of 2008 (as well as in a much shorter period), the banks also found themselves supporting millions of privately owned companies, notably those in smaller tourism-dependent economies. As these regions fight back from the economic ravages of the pandemic, the finance industry has a huge window of opportunity. These institutions will be expected to back sovereign loans as governments raise money to restore their nations to a more secure footing while also providing finance for privately owned firms that, it is hoped, will emerge from the wreckage to take over the SOEs’ role and do it better. As an IMF study released in September points out, the recovery provides a golden opportunity to reform SOE-dominated economies. “These organisations are used for a wide range of purposes, including supplying basic goods and services, advancing strategic interests, addressing market inefficiencies, and meeting social objectives,” the IMF explains. “They are also involved in a wide range of activities that are often carried out by private firms in other regions – and they often act as the employer of first and last resort.”

An absence of information
In short, many of these sprawling organisations suffer from bloated staff numbers, endemic inefficiencies, poor corporate governance and confused functions, causing considerable damage to public finances. Overall, argues the IMF, the absence of proper information about non-financial SOEs, which is most of these organisations, means it is difficult to know whether “they contribute to economic development or impose a drag on the economy.”

But reform can start now. Starting with a forensic examination by each country of the role, functioning and cost of its SOEs, a consensus of economic organisations such as the IMF, European Bank for Reconstruction and Development, World Bank and OECD recommend a wholesale spring clean of these unwieldy organisations. ‘Know what you own,’ is their collective advice.

As individual functions of SOEs are hopefully hived off to private enterprise, banks will be in a better position than government to provide start-up credit. And, given the vast sums of public money unconditionally sunk into support for SOEs, the banking industry will also be better placed to manage them out of debt. Thus the industry faces nothing less than a societal mission in these regions. By rescuing SOEs and funding privately owned alternatives, the scars are forecast to heal more quickly. “Without resolute measures to address a growing divide between advanced and emerging economies, COVID-19 will continue to claim lives and destroy jobs, inflicting lasting damage to investment, productivity and growth in the most vulnerable countries,” fears IMF economic counsellor Gita Gopinath.

The most vulnerable countries are those with the least resilient economies. The numbers tell the story. The average fiscal deficit in the most advanced economies – generally, those that can tap cheap credit – rocketed to 9.9 percent, to 7.1 percent for emerging ones and to 5.2 percent for low-income nations. Yet, the most indebted countries will bounce back the soonest. Indeed they already are.

As a governor of the US Fed, Lael Brainard, rejoiced recently; “The economy is reopening, consumer spending is strong, and hundreds of thousands of workers are finding jobs in the hard-hit leisure and hospitality sector each month.” But the US can tap the cheapest credit and boasts the highly resilient, private sector-dominated economy that SOE-burdened countries lack. That’s why India, Malaysia, Taiwan and Thailand all announced an extra fiscal stimulus towards the end of 2021 that must be paid back eventually.

More vulnerable countries have been given lifelines. The IMF handed emergency funding of $117bn to 85 countries and another $50bn is speeding up lagging vaccination programmes, the essential first step to economic recovery. The Next Generation European Fund is boosting struggling EU member states with a further €750bn. And in August, $275bn out of the IMF’s general allocation of $650bn in Special Drawing Rights, the largest in history, was earmarked for emerging and developing countries. In the long run though, there is only so much that these lifelines can do without root-and-branch reform of many thousands of SOEs.