The global housing crisis has continued to deepen this year, with cities being most affected, and the pandemic has only worsened this crisis, writes Natalie Keffler 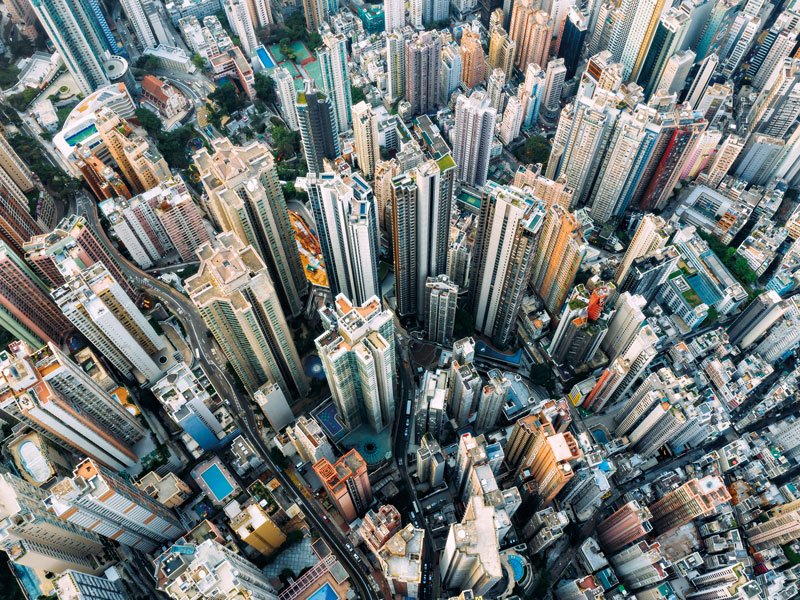 It was revealed, in a survey carried out by the Lincoln Institute of Land Policy (LILP) in 2019, that 90 percent of the 200 cities around the globe that were polled were considered to be unaffordable to live in, based on average house price in relation to median income. The impact of COVID-19 has only worsened the housing crisis, and government stimulus packages designed to fend off economic disaster are unsustainable in the long term. The data from the LILP shows that although household debt might boost economic growth and employment in the short term, households are eventually forced to rein in spending to repay these loans.

This then results in debt damaging the economy in the long run, and therefore, affordable housing is ultimately beneficial for both homeowners and the economy.

The last half of 2020, and the first half of 2021, have both seen housing prices across the world dramatically increase; in America, prices rose by 11 percent during the period, the fastest pace in 15 years, while in New Zealand, house prices were up by 22 percent. As a result, many countries, including Italy and the US, implemented measures to protect mortgage holders against the risk of losing their homes. The reasoning behind this was because mortgages can go lower while wages are not rising, and many are becoming unemployed due to the pandemic.

The rise in house prices also coincides with the increased demand for more housing, as a result of a growing population and a shift in demographics. This demand for housing has been particularly present within city centres, where there are good transport links, and a surplus of public services.

Richard Florida, founder of the Creative Class Group, told World Finance that part of the reason for the housing crisis is because “housing has been financialised and turned into an investment vehicle, which has caused an oversupply of luxury housing and a lack of affordable housing.” Florida added to this that “home ownership has created challenges for our cities by restricting the supply of housing and creating a system that incentivises those that make an investment.”

The decline in home ownership as a result of unaffordable housing has led to the economic benefits of home ownership being questioned even further. In rich countries in particular, home ownership has previously been glorified as the ultimate goal. However, it now seems that it is a dysfunctional concept at times, and has led to gaping inequalities, as Florida talks about, as well as inflaming generational and geographical divides.

The foundation of the problem
Prior to the pandemic, lack of affordable housing was already a major issue. A growth in luxury tower blocks in cities across the world contributed to this, with this increase being partially aimed at the rise of foreign investors. This consequently contributed to a shortage in housing for the low and middle-income people in these cities. Vancouver has been viewed in recent decades as a place abroad for the wealthy Chinese to keep their assets. This has led to an increase in how upmarket certain areas of the city are, which has subsequently decreased how affordable the city is to locals.

Hong Kong is another unaffordable city, having retained the title as having the world’s least affordable housing market for an 11th consecutive year in 2020, with the average price for a home a staggering 20.8 times the annual household income (see Fig 1). Although there is a public housing scheme to try and combat this issue, it unfortunately offers little compensation to tackle this sizeable disparity, with a current waiting time of five and a half years.

Hong Kong’s home ownership scheme (HOS) does not improve on this, as the chance of being successful with this government initiative is only 1.63 percent. Tokyo is one of the few cities to have kept up with the increasing housing demand for all classes, but this can largely be explained by its deregulated housing policies, which mean that in this city there are no rent controls, and fewer restrictions on height and density. Japan has consistently been building nearly one million new homes and apartments each year for the last decade. Shortage of houses
In the US, house prices have increased by nearly 40 percent since 2000, making the median home in 200 US cities $1m. Home ownership has become unattainable for the vast majority of the population. This difficulty is also highlighted through the National Low Income Housing coalition, who found that a renter working 40 hours a week and earning minimum wage cannot afford a two-bedroom apartment in the US. One of the reasons for the shortage of new houses is due to the exclusionary zoning laws, with some areas of the US having neighbourhood bans on new developments. There are also rules to establish minimum lot sizes, or requirements to include a certain number of parking spots per development.

Most recently, corporate relocations during the pandemic have contributed to dramatic surges in a demand for housing for particular reasons. At the end of 2020, Elon Musk announced that Tesla was moving to Texas, which consequently led to a boom in the Texas housing market. The rise in the cost of construction materials has also contributed to a shortage of new houses globally. The cost of home building materials has increased as a result of higher tariffs emerging from the ongoing trade war, with increased tariffs being placed on imported steel, aluminium and other building materials.

According to the Bureau of Labour, the cost of raw materials in the US has risen as high as 20.2 percent since the financial crisis. The lack of construction occurring during the pandemic has also contributed to this pre-existing issue, with output falling in April 2020 by 40 percent in the UK, and by 30 percent in the US. It will continue to take time before global residential construction reaches pre-COVID-19 volumes.

Tackling the housing crisis after COVID
Post-COVID, there is the hope that globally we can move forward on the critical housing targets of the UN’s Sustainable Development Goals (SDG). Goal 11 is to ‘make cities and human settlements inclusive, safe, resilient and sustainable,’ and new housing projects should bear this in mind when starting new construction projects, particularly in cities. In addition, more consideration for the wellbeing of citizens must be given over the desire to make a hefty profit.

Some cities across the world have been working on affordable housing plans for the last couple of years to combat the housing crisis, and hopefully these new ways of solving the housing crisis can be learnt from, and put into effect on a global scale. In Australia, the state government of Sydney launched a partnership with the private sector and community housing groups in 2018 to develop and renovate 23,000 social housing units in different neighbourhoods.

In addition, Melbourne founded the Melbourne apartment project in 2018 to encourage home ownership, with 34 apartments built via this scheme. Six were sold at the market rate, which then enabled the other 28 to be subsidised through a deferred second mortgage model, in order to reduce the necessary deposit and repayments.

In India, they have found a cheaper construction material; glass fibre reinforced gypsum (GFRG) panels, which use a minimal amount of concrete and steel, and therefore the cost of the material is greatly reduced. This means that the houses made from this material in the future will be more affordable. In Austin, Texas, the company ICON has gone one step further to find more efficient and less costly ways to build houses, through developing 3D printing robotics that are capable of printing 2,000 square foot houses.

The global housing crisis is much bigger than just housing, due to the enduring issues of availability of transport and the nearby location of public services. The shortage of land must also be solved, due to limited land supply increasing demand and therefore also price. While it is important for a solution to be found to fix the current disparity between house prices and wages, it is also important to consider other solutions to unaffordable housing in cities. This includes repurposing vacant properties, and improving transport links to increase the amount of land around a city that people are happy to live in.