Following the price shock that the industry sustained a few years ago, the oil and gas sector has now largely recovered. The leading companies are those that have continued to invest in the future even when times were tough 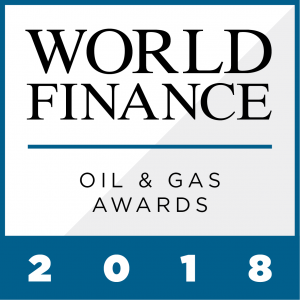 In 2014, the oil sector received a huge shock. After a few years of prices hovering around or above $100 per barrel, a combination of falling demand and new production methods resulted in a monumental price crash. Continuing declines saw the price fall to just $35 a barrel in early 2016. Due to factors linking crude oil and natural gas markets, the two fuels have historically exhibited a price relationship. As such, natural gas also experienced a fall in price over the period.

Today, optimism has returned to the oil and gas sector. Prices, although not at historically high levels, are largely stable. In 2018, oil mostly remained between $60 and $70 a barrel, while natural gas prices climbed steadily during the second half of the year. Higher prices reflect a multitude of factors. The decision by the Organisation of the Petroleum Exporting Countries (OPEC) and other major oil producers such as Russia not to increase supply had an impact, as did rising geopolitical tensions. US President Donald Trump’s decision to re-impose economic sanctions on Iran, as well as the ongoing crisis in Venezuela, has raised concerns over both countries’ ability to maintain their current export levels.

Price rises are good news for producers, obviously, but they do not mean oil and gas firms have nothing to worry about. Challenges remain aplenty, not least of all the worldwide movement away from fossil fuels and towards renewable energy sources. The World Finance Oil and Gas Awards 2018 recognise the companies that are not only aware of these challenges, but are overcoming them by forging a long-term strategy in an industry fraught with volatility.

Up and down
One of the biggest changes the oil and gas industry had to contend with in recent years is the development of hydraulic fracturing, or ‘fracking’. The process, during which high-pressure fluid is injected into the ground to release subterranean oil or gas, has had a major impact on the energy sector, particularly in the US.

Although the US has always been a major player in the petrochemical sphere, the use of fracking has caused production volumes to be ramped up. In 2011, the country became a net exporter of refined petroleum products, and forecasts indicate it will overtake Saudi Arabia as the world’s top oil exporter in 2019. America’s oil exports have boosted supply at a time when demand is falling. The IMF has predicted that global growth is set for a slowdown, indicating that oil consumption is about to take a hit too.

While prices experienced suppression in 2018, some factors have helped prop up the sector, especially supply-side issues in Iran and Venezuela. This has contributed to an unpredictable market, a situation not helped by the erratic behaviour of the US president: in November, Trump used his Twitter account to express his thoughts on OPEC’s proposed cuts to supply. Prices fell in response.

Greasing the wheel
Market volatility is, to some extent, part and parcel of operating in the oil and gas trade. However, there are steps businesses can take to limit the impact sudden price movements will have on their finances. The most strategic oil and gas producers have invested in productivity improvements and new technologies even when prices remained some way below their highest levels. Digitalisation has been a key concern for these firms, whether in the form of digital twins, drones or data analytics. Some companies are even making investments in green energy as a way of future-proofing their operations.

Not all businesses have taken a long-term approach, however. Understandably, many oil and gas companies were reluctant to invest while prices – and revenues – were low. Away from the US shale market, investment in conventional oil and gas supplies has fallen significantly over the last few years. As a result, the International Energy Agency’s World Energy Outlook 2018 notes that an additional 2.5 million barrels of oil per day must be produced annually just to keep output level.

Maintenance has also been affected by lower prices. Some companies saw maintenance as a noncritical cost in 2018 and chose to defer it until prices increased. This resulted in many rigs suffering from outdated infrastructure. Similarly, employee numbers have been reduced. Between 2014 and 2016, one major oil producer cut staff numbers by as much as 16 percent.

However, businesses that have adopted a short-term outlook could see their approach come back to haunt them. Increasing production now that prices have recovered will not be easy, particularly with failing assets and a limited number of employees. It is not as simple as turning the tap back on.

Digging deep
Even considering recent price increases, many oil and gas companies are well aware that they face significant long-term challenges. Consumers are demanding their governments and energy companies take the health of the planet more seriously and a move to a low-carbon world seems inevitable. It is a question of when, not if, businesses move away from fossil fuels.

This does not mean traditional oil and gas firms do not have a role to play in the planet’s future energy make-up. The transition to renewables will certainly be a gradual process, but one that businesses need to react to immediately. Investing in smart drilling technology will be necessary, as will incorporating real-time analytics and best-in-class smart sensors.

If demand does fall because green technologies are being embraced on a larger scale, oil and gas firms will have little choice but to become more productive and efficient to survive. Investment in new technologies will allow them to achieve this.

Some in the oil and gas industry are beginning to explore alternative uses for their products in anticipation of renewables fully replacing combustible fuels. Oil and gas, for example, can be used in the creation of other petrochemical products, so they are unlikely to disappear even if their utility as a fuel source is diminished.

The most forward-looking fossil fuel firms are investing in renewable energy. Often, the engineering expertise possessed by major oil and gas companies translates well into renewable technologies. Nevertheless, businesses that are used to the high-risk, high-return world of oil and gas should not run headfirst into the renewable energy market: businesses would do well to ensure they take the necessary time to acquaint themselves with the renewable market before making investments.

Long-term environmental challenges persist even when firms have finished drilling for oil or gas. Decommissioning rigs that have come to the end of their lifespan is a sensitive issue, with environmental considerations often coming into conflict with safety concerns. Globally, there are more than 600 rigs that must be decommissioned by 2021, and this figure may rise if supply-side challenges become more pronounced.

The future may hold challenges for the oil and gas industry, but they are not insurmountable. In recent years, agile businesses have proven themselves capable of withstanding a price crash and growing demands from environmentally conscious consumers. The best among them have turned their biggest challenges into new opportunities, investing with the future in mind. These are the businesses that have been recognised by the World Finance Oil and Gas Awards 2018.