Irkutsk Oil Company has grown markedly since its founding less than 20 years ago. Now, it has a new project in its sights that will drive significant economic development in East Siberia 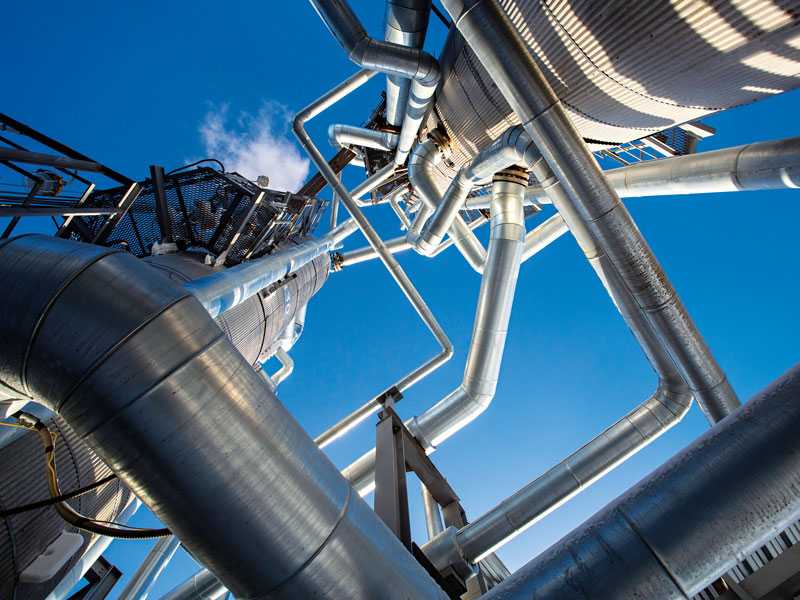 Since it was founded in 2000, INK has increased its oil production from 30,000 tons per year to nine million at the end of 2018
Featured | Markets
Author: Yuriy Rubin, CFO, Irkutsk Oil Company

Irkutsk Oil Company (INK) was established on November 27, 2000. At the time, the company owned only three fields – Yaraktinsky, Markovsky and Danilovsky, with total annual oil production of just 30,000 tons per year. Delivery of oil to consumers over muddy roads was a major drain on revenue. To switch to year-round production, the company set about constructing a pre-fabricated aboveground pipeline – a unique undertaking considering the severe winter operating conditions in East Siberia. Later, the company built production wells, oil and gas treatment units and several other infrastructure facilities.

Today, INK is a successful operator of oil fields in the East Siberia and Yakutia regions, and has invested RUB 80bn ($1.25bn) in the construction of gas processing plants and a gas chemical complex in the north of the Irkutsk region, in and around the city of Ust-Kut. This covered around 17 percent of the total cost of the project, which is scheduled for completion in 2023.

For the first time in the history of East Siberia, a gas industry is being developed in remote territories, featuring sophisticated engineering solutions based on advanced technology

The project is an impressive one: for the first time in the history of East Siberia, a gas industry is being developed in remote territories, featuring sophisticated engineering solutions based on advanced technology. According to Russian petrochemical analysis firm Rupec, the construction of INK’s gas complex ranks among the most significant projects in the gas, chemical and petrochemical industries of Russia and the Commonwealth of Independent States.

On the up
When the company was first established, its early oil fields were poorly explored. The first production well quickly filled with water and many sceptics doubted whether the Yaraktinsky region held any more than a disappointing three million tons of oil reserves. However, time has proved them wrong. In those early days, finance was scarce, but each employee worked towards the company’s long-term success. Now, INK is among the world’s leading oil and gas companies.

Over the course of a decade, the company was able to reach the next stage of its development. In 2010, it built its Markovskoye oil custody transfer unit to export oil into the East Siberia–Pacific Ocean (ESPO) pipeline. By mid-January 2011, the company began shipping hydrocarbons to the Kozmino port oil terminal via ESPO, and by the end of that year, INK exported more than one million tons of oil into the pipeline. Global partnerships have also supported the company’s growth: since 2007, INK has been engaged in active cooperation with Japan’s Oil, Gas and Metals National Corporation. Currently, two Japanese-Russian joint ventures are successfully operating in the Irkutsk and Krasnoyarsk regions. INK has been able to increase its production each year and, as of the end of 2018, production reached nine million tons. The company actively develops and implements innovative solutions, affecting core and auxiliary activities. The Yaraktinsky oil field has become a core asset, accounting for two thirds of total production. However, nothing lasts forever: as the oil aspect of INK’s activity begins to slow, the gas part is ramping up. Before long, oil production from Yaraktinsky may be on the decline, but just as soon, INK’s new gas project will be fully deployed.

In the pipeline
The new gas project is already underway. It all began in 2009 when the company started construction on a processing complex in the Yaraktinsky field for the reinjection of dry stripped gas and associated gas into formation – known as the cycling process – while producing gas condensate. The ambitious project has earned the support of the European Bank for Reconstruction and Development, which has a minority stake in INK’s holding company and provided a loan so the group could begin work on the project.

The cycling process was launched in 2010 – the first of its kind in Russia. It provided the company with an opportunity to dispose of unused associated gas and became the predecessor of a larger gas project that launched in 2014. INK then began the staged implementation of the gas project, including the creation of a production, treatment and processing system for the gas liquids produced by the company.

The first stage was accomplished in 2018. At that point, the company had completed construction of the Yaraktinsky gas processing plant, as well as a liquefied petroleum gas uploading facility in Ust-Kut and a unique multiphase pipeline for the transport of natural gas liquids. The pipeline will transport feedstock with up to 40 percent ethane content. In addition, for the first time in the Russian petrochemical industry, the company has begun to use new custom-built railway tank cars to ship its gas mixture to consumers.

At the second stage, three additional gas-processing plants will be erected in the Yaraktinsky and Markovsky fields, with a total capacity of 18 million cubic millimetres a day. The plants will feature innovative technology, enabling them to recover up to 98 percent of the ethane contained in feedstock. Furthermore, construction of a gas fractionation plant is currently underway near Ust-Kut. The plant will produce up to 900 kilotons of high-quality ethane per year for the future gas chemical complex.

The gas project will peak in its third stage, with the construction of a polymer plant in Ust-Kut with an annual capacity of 650,000 tons of polyethylene. The Toyo Engineering Corporation was contracted for the implementation of the third stage of the gas project. That plant will produce polyethylene of various densities, granting the company access to both the Russian and international polyethylene sales markets. In addition, the plant will include advanced technology for the production of bimodal HDPE, the raw material used for the manufacture of European-certified products.

A fuel injection
Another factor behind the company’s success is its implementation of new production programmes and technology for enhanced oil recovery. Oil remains the company’s core product, reinforcing its stability and capacity to pursue business diversification. One of the most promising technologies used by the company – water alternating gas injection – brings a dual benefit: it improves oil recovery in the company’s core fields and preserves gas injected into formation. In the future, these reinjected gas resources will be used to produce a propane-butane mix and provide up to one third of total feedstock for the gas chemical complex.

The latter stages of the gas project will involve extensive infrastructure construction. In the summer of 2019, INK began testing cold recycling technology on its future plant site. This technology combines tarmac reconstruction and soil stabilisation to make roads suitable for year-round operation. This method of road restoration has been used globally for more than 50 years and has long proved to be an efficient solution.

The creation of an industrial complex in the north of the Irkutsk region will enable the efficient use of vast resources of natural and associated petroleum gas from Siberia’s fields, which have been unused for decades.

Implementation of the company’s projects would require the support of federal and regional governments, which have recognised the benefits that will be brought to local communities. The project is expected to create more than 2,000 highly qualified jobs in the region and generate over $1bn of non-raw material export per year. This will offer a real chance to improve the current situation in the northern towns of the Irkutsk region, which are still struggling in the aftermath of the ruble crises of 1998 and 2014.

This expanding industry will create jobs for local residents and boost the development of towns and settlements, as well as local small and medium-sized businesses. INK is already building a team of several hundred gas industry professionals from across the country to manage the project and, as of the end of 2019, is in the front-end engineering stage of a housing district for up to 3,000 members of staff and their families. The new district will include childcare centres, a school, a polyclinic and a multifunctional culture and education centre.

INK believes its independent status has enabled it to accomplish its goals, which seemed unattainable in the not-too-distant past. The company does not ask for external assistance: it discovers its own fields, builds the necessary infrastructure and is creating new jobs in the region. Over the past 10 years, it has discovered 13 hydrocarbon fields in the Irkutsk region and Yakutia. There is more to come for this ambitious player.