As tech behemoths like Amazon and Google enter the financial services industry, the long-established dominance of major banks is coming under increasing threat 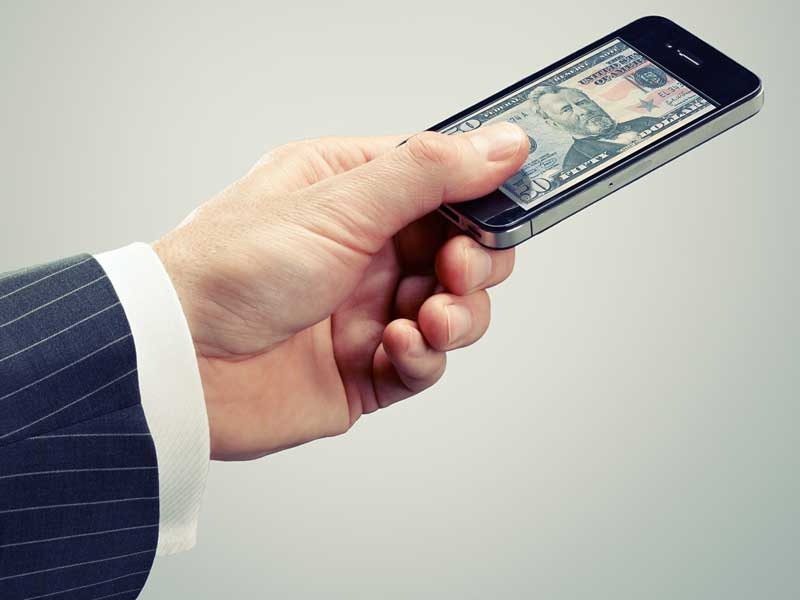 “Times change, and we change with them”, or so the saying goes. There is clearly some truth in this, especially for those of us who have witnessed the transformation of mobile phones from unwieldy bricks to flashy touchscreen devices; the internet from sluggish and screechy ethernet connections to the wireless Internet of Things; and televisions from cathode-ray antiques to curved, 4k-ready screens.

Retail in particular has undergone some profound changes and many of these are due to attendant technological developments. The experiences of Amazon, which saw it evolve from its foundations as an online bookseller in 1995 to a provider of everything from television shows to groceries, are intimately bound up with technological advance.

The likes of Amazon, Apple and Google have found a ready market for their forays into financial services

Only last month, for example, Amazon opened its first UK supermarket, complete with hundreds of ceiling-mounted cameras and electronic sensors to identify each customer and track the items they select. What’s more, shoppers travel the store swiping their smartphones kitted out with the Amazon Go app.

It is perhaps unsurprising, therefore, that a company as successful and innovative as Amazon has extended its reach beyond supplying goods to customers. In fact, since having launched Amazon Lending in 2011, the business has advanced loans in excess of $3bn to small businesses in the UK, US and Japan, who might otherwise have failed to secure credit from traditional lenders.

Those merchants are suppliers to Amazon, and so the company benefits from hyperlocal merchants with expanding product lines, increasing the breadth of Amazon’s offering as well as its geographic reach. Of course, the loans also generate interest.

The march of fintech
This is not an isolated case. Across the globe, fintech – from Monzo’s real-time spending updates to bKash’s mobile payments service for unbanked third-world consumers – is on the advance. And as global retailers and major tech players take advantage of these developments – with Apple, Google, Facebook and Square operating their own payment systems – we need to ask ourselves: is the hegemony of banks under threat?

The fact Amazon, Apple and Google have found a ready market for their forays into the financial services sector should not be wholly surprising. After all, these are companies whose existence depends on being able to quickly react to shifting patterns of consumer demand. Faced with a generation used to getting more and more from fewer and fewer vendors and suppliers, the move makes sense. Importantly, 30 percent of consumers are prepared to bank with the likes of Facebook and Google if the companies offered such services. The dog followed its nose; it wasn’t wagged by its tail.

Clearly there is something of a challenge to traditional institutions; banks have invested heavily in fintech so as not to be left behind. For the time being, however, they can likely breathe easily: Amazon Lending’s figures pale in comparison to the $130bn provided to small banks by JPMorgan Chase in that same time period. With significant cultural and regulatory barriers to overcome, we may be waiting some time for the likes of Amazon to be making serious strides into the financial services sector.

For one, banking rules and regulations are prohibitive and fiendishly complex as they have been formed by banks and their regulators over decades. Look at the recent wrangling and attention paid to the implementation of MiFID II, for example. Furthermore, bankers are experts in their field – accustomed to stringent levels of compliance – while the likes of Amazon and Apple are not subject to anywhere near the same levels of scrutiny and regulation.

They have no demands on the nature and adequacy of their assets. The appropriateness and qualifications of their executive is, other than perhaps those imposed on public companies, limited to the pressures of their investors. Can we really expect them to dive headfirst into legally choppy and potentially costly waters? This would see them compete head-to-head with some of the industry’s most established players for potentially marginal gains.

A shifting environment
Yet the landscape may be changing. The US Office of the Comptroller of the Currency is pushing ahead with exploring a form of special purpose national bank charter for fintech companies. Additionally, Brian Knight, Director of the Programme on Financial Regulation and Senior Research Fellow at the Mercatus Centre at George Mason University, has advocated a form of non-depositary charter and a ‘sandbox’ scheme similar to that operated by the Financial Conduct Authority.

There is certainly a groundswell of opinion that the blurring of the lines between consumer-facing retailers and financial institutions should not be dissuaded as the developments are likely to serve in the interests of the consumer. Subject, of course, to appropriate oversight.

Nonetheless, the large, consumer-focused businesses with technology at their core are already engaging in providing financial services and it is not unreasonable to expect this to deepen in the future. After all, in the late 1990s, we all thought our lecturer was mad for suggesting that one day a single device would combine portable audio cassette players, cameras and mobile phones. He was right. How the times have changed.