Since People’s Bank first opened its doors 55 years ago, it has grown with Sri Lanka while remaining grounded in the expectations of the country’s population. Now it is on course to expand and join the digital banking sector 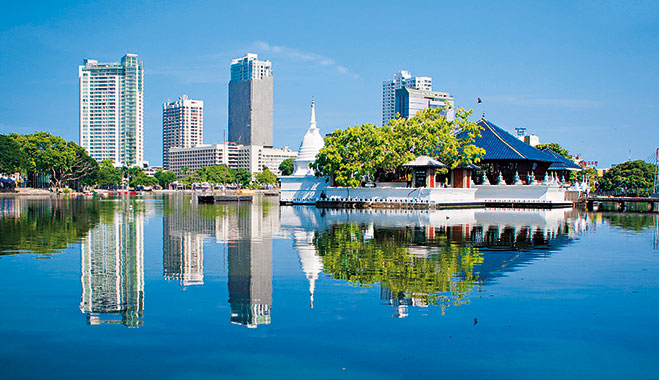 Pushing boundaries is an inherent ethos at People’s Bank. It is an ideal that the bank takes for granted, using it as the catalyst to leverage into the unknown. This is a bank that holds the overarching tenet of being the ‘pulse of the people’, while pushing boundaries, seeking new horizons and innovating continuously. People’s Bank retains the strong fundamental of being true to stakeholder expectations, realising their aspirations and being a supportive partner in their journey towards absolute empowerment. Being the ‘pulse of the people’ is about building on those aspirations and expectations, and augmenting the relationships the bank has with its stakeholders into a win-win formula.

Innovating financial solutions are highly characteristic of the bank

Proudly upholding an organisational culture that enables the bank to be the heart and soul of the people, the deep significance of intertwining responsibility into this has played a major role in pursuing its ambitious goals. Whether in crossing the impressive milestone of LKR 1trn ($7.4bn) in its asset base just last year, or reaching the highest profitability since it opened in 1961, People’s Bank has continually proven that it carries a mantle of excellence both quantitatively and qualitatively.

Sri Lanka’s steady hand
For nearly 55 years stakeholder partnerships have been forged and nurtured, and it is evident that the bank uses its status as a fully state-owned bank to empower both the nation and its people to achieve their aspirations, maximising opportunities. People’s Bank has been a strong truss in Sri Lanka’s development process, adding considerable value and impetus to an aggressive development plan that has infused tangible benefits. From multiple infrastructure plans to uplifting industry and entrepreneurs who will contribute towards further economic development, the bank has been at the forefront of identifying the potential the country has, creating a sustainable developmental foundation for it to grow on.

The fact that its genesis began shortly after the country gained independence also adds to the underlying strength, growing together with a populace who entered into a new era of progress at the time, together mapping the progress of a country, empowering it with the spirit of independence and individualism.

The bank has used this insightful knowledge to spur the country and its people on a progressive path of development. It has helped hone the strength of the people, using it as an imperative tool to maximise on the opportunities that emerge in a rapidly transforming globalised marketplace. It has become a strident partner to disadvantaged and under-qualified segments of society, uplifting and encouraging them with sustainable tools to take advantage of these opportunities.

It has also helped spur industry, identifying potential growth areas to champion entrepreneurs who will add impetus to these sectors and form a nucleus of entrepreneurial development and industry growth. It has been an unwavering stalwart in the state’s development strategy, knowing full well the competitive advantages these development initiatives will infuse into the macro canvas of the country, becoming an economic catalyst for the region.

The links implemented by the bank have been strong, creating an impressive formula of unity and togetherness among communities, where competencies, skills and talent have been recognised and developed with cultural and religious roots strengthened further, to revel in the diversity which is unique to Sri Lanka. Working for the people
Innovating financial solutions are highly characteristic of the bank. Whether it’s offering assistance from birth to later years, higher education, uplifting lifestyles, helping reach that dream home – being a partner for life to the rural farmer, the blue chip conglomerate, or simply ensuring that the people’s aspirations of living in a middle income country become a reality – People’s Bank has a stakeholder profile that fits.

Its stakeholders encompass myriad segments, varied demographics and multi-faceted walks of life. Capitalising on the close relationships the bank has with its stakeholders, it has cultivated expertise in analysing and retaining the tone and spirit of the ‘pulse of the people’, which remains the underlying principle. It is this pulse that becomes the catalyst for its vision and strategy, the axis upon which its blueprint is mapped to charter its way ahead. This has spurred a multi-dimensional plan of action for the bank, which saw it propel its branch network to nearly 740, ably supported through a connected network of 3,000 ATMs, making it the most expansive network in the country. These channels serve an impressive customer base of over 16 million people manned by one of the country’s most dynamic and innovative teams, totalling 8,156 committed professionals. It also has one of the country’s largest deposits (see Fig. 1) and savings deposit bases of LKR 318bn ($2.3bn), augmented by foreign remittances of over $1bn – one of the largest for a single bank.

The relationship with the Asian diaspora has been significant to the bank’s growing international presence, placing its roots in the UAE, Qatar and Korea – key countries for its growing network – augmenting its correspondent agent network of over 300, spanning 110 countries. A well-founded and strategised IT platform has enabled it to grow its automation process admirably, initiating multiple delivery channels and inbuilt flexibility, resulting in the pioneering of some industry firsts that have set the standard high for the entirety of the financial services industry.

It is certainly fitting that People’s Bank has been a constant recipient of some lofty kudos along the way, which have all epitomised being a true people’s bank. The milestone of exceeding a balance sheet of RS 1trn ($15.3bn) brought on the crown of the prestigious Service Brand of the Year and Banking Service Provider of the Year awards at the SLIM-Nielsen People’s Awards for the ninth consecutive year, which is unmatched by any other financial services institution in the country.

The bank also proudly wears the global laurels of Bank of the Year 2014 at the European Awards as well as Best Banking Group Sri Lanka and Most Sustainable Bank Sri Lanka at the World Finance Banking Awards in both 2014 and 2015. In addition, cementing its financial stability, unrelenting compliance focus and consistent performance, Fitch Ratings conferred it a ranking of AA+.

Positioning People’s Bank as one of the best in Sri Lanka involves vision, strategy and performance. Having already implemented a strategic plan, the bank is well on its way to creating and fostering a performance oriented and more importantly, a customer-centric culture. The bank is also going digital, which is the way of the future, optimising the digital age and using it as an imperative conduit in its digital strategy.

The products will be extended onto every digital device and channel, responsively and seamlessly accessible but always retaining the ‘pulse of the people’ focus as its overall ethos. Undoubtedly it is these facets, together with innovative capabilities inherent within the bank that will enable it to journey into a new era of banking.