Carbon pricing creates a financial incentive to reduce greenhouse gas emissions. Done well, it could make carbon the most important commodity in the world 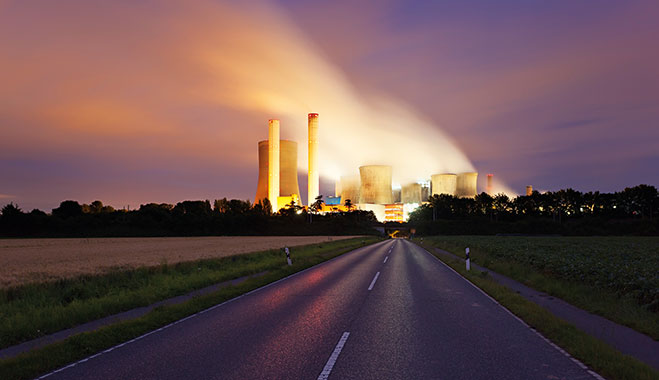 Carbon pricing schemes, applied either as an emission cap or as a tax, can better reflect the true cost of climate change, thereby providing an incentive for governments to reduce emissions
Energy | Markets
Author: Matt Timms

“The carbon market is the centrepiece of Québec’s strategy for fighting climate change”, said David Heurtel, Minister of Sustainable Development, Environment and the Fight Against Climate Change, who in February spoke about the province’s latest whip-round. In keeping with ambitions to slash greenhouse gas (GHG) emissions by 20 percent and launch a raft of sustainability projects in the coming years, Heurtel plans to invest CAD 3.3bn in low-carbon development for Québec’s businesses, municipalities and private citizens. Three years and nine credit auctions in, the scheme has so far raised CAD 1bn and should raise a further CAD 2bn by 2020.

Quebec’s government is an advocate of the cap-and-trade system and party to the continent’s largest carbon market. The province’s achievements are proof discussions on these points are finally making ground. Complex though they are, experiments like this are laying the foundations for systems that will reflect the price of climate change.

“Together, we can fight climate change in order to ensure a better quality of life for our children”, Heurtel said. “Let’s do it for them.”

A carbon-pricing scheme – done well – creates a financial incentive for participating governments to reduce emissions, and supporters have been keen to present it as the most efficient – and surely the most attractive – means of doing so. “Carbon”, according to Paula DiPerna, who works as a carbon pricing expert and a special advisor to CDP, will “become the most important commodity in the history of the world”.

Almost 40 countries and many more, smaller, jurisdictions have already adopted carbon pricing. Implemented as either a direct tax on emissions or an emissions cap, the policy is finding favour in some unlikely places: it seems even corporations are beginning to recognise its advantages.

If there’s money to be made, people will try to make it

According to a spokesperson for the UN Global Compact, a leadership platform for the development, implementation and disclosure of responsible corporate practices, a growing recognition among governments of the threats posed by climate change has established a market price for emissions. Carbon pricing, according to DiPerna, “will be mandatory on almost every large emitting company within the next year or two”, and we’ll likely see the essentials of a global cap-and-trade system within the year.

Corporate support
Six of Europe’s leading oil firms penned a joint letter to the UN last year, asking for support to devise a global carbon pricing system. “We owe it to future generations to seek realistic, workable solutions to the challenge of providing more energy while tackling climate change”, the letter read. Irrespective of its costs, the six were clear that a pricing framework could provide them with a roadmap for future investment, a level playing field for all energy sources, and a clear role in securing a more sustainable future.

BP, Eni, Shell, Statoil and Total are among a growing band of companies for which policies that reflect the price of carbon are becoming an attractive – and in some cases unavoidable – proposition. A recent CDP report found over 1,000 companies are now disclosing to their stakeholders that they price their carbon emissions, or intend to do so in the next two years. This number has tripled in the space of a year and is in keeping with the “ongoing mainstreaming of carbon pricing”. According to the report, the idea is now seen as an essential component of the corporate strategy toolkit.

Support for carbon pricing around the world

Of companies are in Europe

Of companies are in emerging markets

Of companies are in the US

The UN Global Compact said businesses see carbon pricing as a cost-effective means of driving operating efficiencies and reducing emissions. Many already operate in countries with active carbon pricing schemes and use an internal price in their planning and investments, as shown by a number of recent studies.

“If there’s money to be made, people will try to make it”, said DiPerna. “The world has been dithering around for the last 20 years on climate change. An entire generation of knowledge, institutional capacity and belief has been lost.”

Of a 377-company GreenBiz Intelligence Panel sample, 75 percent felt a mandatory price on carbon would either help their business or at least not harm it. And although GreenBiz’s finding is more environmentally minded than most, it’s worth mentioning 40 percent of Fortune 2000 companies said a carbon price would create new opportunities in differentiating their products. Climate change is now part of mainstream business decision-making and represents “a bona-fide line item in the standard budget assumptions of successful companies”, according to the CDP report.

Until now, corporations have been largely absent from the carbon pricing debate, but they have been surprisingly strong in taking voluntary action to manage and mitigate carbon risk. What’s different this time around is that, rather than develop specific emissions targets, corporations are looking to pre-empt carbon regulation by using an internal ‘shadow price’. Having expanded outside the confines of government policy discussion, the carbon-pricing question is circulating in boardrooms around the globe.

The biggest benefits, according to Thomas Kerr (leader of the International Finance Corporation’s private sector climate policy engagement), are threefold. The first is strategic, in that companies can use an internal carbon price to alert their CFO to potential climate risks. The second, he said, is more tactical. “Companies are using creative fee/fund schemes to charge higher-emitting activities so that they subsidise energy efficiency, clean energy or other activities that were having trouble getting internal attention and funding.” Third, an internal price on carbon means a company can position itself as a progressive leader in climate action, and perhaps inspire governments to be more proactive supporters of carbon pricing policy themselves.

Microsoft made headlines last year when it published results for the first three years of its internal pricing scheme and carbon fee investment fund. In all, the fund paid for 60 sustainability projects across 23 countries, and the scheme itself sliced $10m off the top of Microsoft’s annual energy spend.

Barring these few exceptions, however, US companies, according to Kerr, are not speaking out due to misconceptions about the effectiveness of carbon pricing in delivering a strong environmental and cost-effective outcome. Spain’s Inditex, for example, abides by a $30-a-tonne internal price on top of an existing EU benchmark price, whereas Exxon Mobil and Chevron publically opposed the aforementioned European campaign to secure a global carbon pricing agreement.

Lack of consistency
Corporate carbon reporting is by no means a faultless enterprise, and it’s safe to say there are major issues – certainly in terms of consistency – standing in the way of implementation and performance. A KPMG study found carbon reporting lacked uniform standards, which made it problematic for stakeholders to compare one company’s performance against another’s.

Any company that chooses to implement a price on carbon should align itself with the UN Global Compact’s Business Leadership Criteria on Carbon Pricing. Doing so means: setting a price high enough to materially impact investment decisions; publicly advocating the importance of carbon pricing through policy mechanisms that take into account specific economic and political contexts; and communicating progress on the above criteria in public corporate reports.

So far, only 65 companies – albeit ones that represent $2trn in market capitalisation – have pledged to meet these standards. Beyond the UN criteria, two-thirds provided no rationale to explain why those targets were selected. Some 84 percent reported on emissions from their own operations, while 79 percent reported on purchased power and only half on emissions in their supply chain.

“The term ‘carbon pricing’ can mean very different things to different people, so yes, consistency and clarity is extremely important”, said the UN Global Compact. “Companies are pricing carbon for many different reasons and in many different ways. Some put a price on carbon to ensure they are competitive in future markets. Others are pricing carbon to pursue ambitious clean energy or greenhouse gas reduction goals. Still others are doing it to test new business models and engage new customers.”

According to Kerr, the challenge lies in making sure announced internal carbon price levels are actually administered. “Despite the uptick in companies reporting the use of an internal carbon price”, he said, “the actual use of the price in internal decision-making is still quite opaque.” Too often, it’s unclear whether the price is charged as a fee against emitting activities and the monies used to fund cleaner operations, or as a simple risk screen that is only one of many inputs to a company’s decision whether to invest.

On the other hand, DiPerna argued the central issue of consistency was grossly overstated. “It is not a challenge”, she said. “Carbon can trade at different prices worldwide, as long as the physics line up and a tonne is a tonne, and the protocols to accurately measure emissions are all very well known.”

Kerr said there was a need to develop more transparency and case studies so different sectors could compare notes on the different price levels needed to shift investment. And, while there would be a disparity in prices used by different sectors, this wasn’t to say a solution could not be found.

The end goal of carbon pricing is to alter investment decisions

Businesses, on the whole, are rational creatures, and understand that rising emissions, if left unchecked, could inflict major and lasting consequences on their bottom lines. The great unanswered question is what constitutes a ‘correct’ price for carbon and how it should be used differently, if at all, for certain investments. The end goal of carbon pricing after all is to alter investment decisions in favour of low or zero carbon options, so it stands to reason any carbon price should span the length and breadth of the value chain.

“Carbon markets tomorrow could be global, they could function and they would change the world”, said DiPerna. “You use mathematical models to smooth out what you call the ‘trajectory misalignment’. But you can get regional differences in price just like any other market. So carbon can trade just like any kind of currency. It might be high in China and low in the US, like the pound is high relative to the euro. All these things we somehow manage with money we can certainly manage with carbon.”

Different risk models
Issues of consistency and misalignment, while important, form part of a much broader debate about the creation of models to accurately identify and manage the risks posed by climate change, not just on corporate balance sheets but in government budgeting and economic modelling.

On a fundamental basis, schemes to factor in the hidden – or not – costs of climate change will prepare organisations for the strains of a low carbon transition. Mechanisms such as carbon pricing allow organisations to factor emissions-related externalities into their risk management strategies, and a willingness among corporates to do just that is proof the message is catching on.

“I think the world is lacking in leadership at the moment in general”, said DiPerna. “Climate change is a hard problem on top of many other social problems, and it’s a tomorrow problem for the most part. So, we need to incentivise organisations to see it as a today opportunity, and I think that is where the carbon market comes in. The incentive to reduce is built into the system if every carbon tonne is visible and there’s a price tag on it.”

Those with their finger on the pulse would be wise to make concessions for climate-related risks, although the responsibility does not rest solely with companies: governments, regulators and stakeholders must do their bit too. “If I were getting into business today, I would jump into carbon markets”, said DiPerna. A global system “is just a matter of time”.