Will commodities be the best investment of 2021?

Commodities look set to dominate as the world struggles to get back on its feet following the COVID-19 pandemic. Copper and gold both thrived during the pandemic, and demand for crude oil is pushing up as economies try to recover 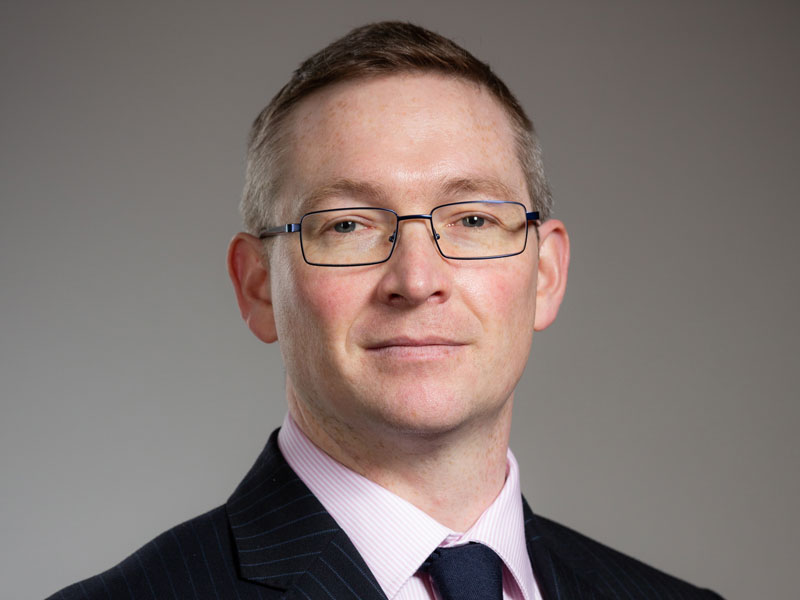 The geopolitical events of the last year seem to have been the perfect storm in the commodity complex. Whether it was COVID-19 lockdowns disrupting supply chains and causing bottlenecks in everything from semiconductors to transportation upon reopening, or the enormous amounts of coordinated monetary and fiscal stimulus stoking inflation fears, has this confluence of events led to a situation where commodities are ripe to outperform all else? In other words, have we entered a commodity supercycle?

At HYCM, we’ve been working tirelessly throughout the pandemic to ensure that our clients have all the information they require at their disposal. Our goal is to distil what the big conversations are so that our clients can update their outlook on the markets in this fast-paced and volatile environment that appears to be the ‘new normal’. Our aim is to update our traders on what is shifting in the world of finance, as well as providing the means for them to take a position in relevant markets with the award-winning trading conditions and support that we offer. For example, we’ve prepared an update for our Middle-Eastern clients – for whom commodities make up a significant portion of their portfolio – regarding where copper, crude oil, and gold find themselves in the broader macro picture.

Copper
What’s most interesting about narrative-driven commodities like copper, is that they have already benefited from all of the above, but are also receiving a bid as it dawns on investors just what an enormous undertaking the green revolution will be, and how costly in terms of the commodities required to make it.

Copper is definitely one of these commodities, as it will not only be the cornerstone of the new electric grids but is also heavily used in all green energy technologies, from wind and solar to geothermal and hydroelectric. Copper wire demand is expected to grow at a Compound Annual Growth Rate of five percent by 2025 according to MarketInsights’ reports.

Copper has been one of the biggest commodity success stories of the past year or so, having gone on a staggering 144 percent run from trough to peak since April 2020. It set a higher low at $4.48 at the end of May and is now heading back up to test the highs at 4.80. If copper price manages to breach this level and stay above it in the coming weeks, it could be an indication of another move higher.

Crude Oil
Oil, which was hit hardest last year, is now trading at levels we last saw in April 2019 and January 2020, before markets crashed due to the pandemic. Technically, it appears as though it wants to move higher, but there’s been a certain amount of hesitation in this specific commodity market due to fears of an Iran nuclear deal with the new Biden administration and what that would mean for oil supply. The concerns involve whether Iranian oil would have a detrimental effect on the price were it to start flooding onto a market that Iran had previously been prevented from participating in. $66.30 appears to have been an important line of support that had been tested and retested throughout March and May. The price finally broke through this level on May 27 to close at $66.94 on the day. Were it to continue pushing higher, the next lines of resistance are likely to be found between $72 and $77, which were the yearly high watermark levels for 2018.

There are a number of factors that can support oil prices at these levels. Namely, a global economy that’s yet to get back up to full speed owing to disparities in vaccine roll-outs across different geographical regions. This story is playing out across both the developed and developing world, with both Europe and India emerging from lockdowns.

India, a massive crude oil consumer, normally accounts for around 6% of global demand, saw its coronavirus cases and deaths reaching record highs in May. Since these peaks, both metrics have been dropping precipitously as vaccines are distributed and life gradually returns to normal. In the short term, India’s diesel consumption alone is reason enough to be bullish on oil. But looking further out, we see a demographics story unfolding here that’s hard to overlook. A young population of 1.4 billion people with a growth rate that puts Europe to shame, and a demand for energy that’s only going in one direction.

If the path of other developing nations like China has been anything to go by, then it’s likely that India too will prioritise growth first and worry about carbon emissions later, which is to say that demand for crude is only going to increase from here on. One thing is certain; OPEC has been excellent in managing oil prices over the last year. Saudi Arabia has at times taken voluntary deeper production cuts and that has undoubtedly helped oil producers everywhere. It has been a masterly response to a difficult crisis and at this time the oil markets are feeling confident in OPEC’s arms. Even if Iran’s supply does come back online, ING analysts are confident that the rising demand will be more than enough to keep oil prices from falling. As things stand, the Middle East region can look forward to higher oil prices this year and into next.

Gold
Gold set its current all-time high on August 10th of 2020 when it touched $2,075 after rallying by more than 14 percent from mid-July. It then sold off in September after hovering around the $1960 level. In November and December 2020, it attempted to reclaim those highs but was rejected from that same $1,960 level on both occasions. After the first attempt to break $1,960, the price dipped as low as $1,765, which was notable because it was the first daily close the precious metal had made below the 200-day moving average since March 2020.

A combination of factors, including a roaring cryptocurrency market and equities back above their former pre-pandemic highs, have led to a scenario where, despite bounce attempts like the retest of $1,960 in January of this year, capital has left the gold market in search of higher returns elsewhere. Throughout 2021, it has continued to set a series of lower-highs, bottoming out in early March at around $1677 and then retesting this level again later in the month. It is currently staging a bounce from that level and has recently breached the 200-day moving average to the upside. At the time of writing, gold is trading at around $1,905, which is significant because these price levels are very close to gold’s previous all-time high of $1,920 back in 2011.

If you’ve been following the discussions around gold this year, you’ll be aware that crypto in general, and bitcoin specifically, have taken large bites out of gold’s market cap. The past nine months have seen crypto assets soaring in value, with the entire market making echoes of the speculative mania of 2017.

Why is this important for gold? Because now it appears as though the cycle is reversing. Bitcoin’s bull market started when gold’s topped out. Gold has been consolidating the entire time crypto assets have been rallying. It now looks as though bitcoin may have hit a top at $65k as gold attempts to stage a comeback. If bitcoin continues to sell off, you have to expect that some of that capital will flow back into gold. However, the crucial aspect to be aware of with gold is the level of real yields. If real yields keep falling then ultimately that, not Bitcoin prices, should support prices,

Technically, the picture couldn’t be worse for bitcoin or better for gold right now. Bitcoin recently dipped below its 20-week moving average (a typical sign of the end of its bull cycle) and hasn’t looked back, settling lower-low after lower-low. Meanwhile, gold appears to have completed a lengthy consolidation phase from August to April and is back above the 200-day moving average that it failed to hold in January. Look to a successful hold of that moving average as support before the entire market catches on that it’s gold’s turn in the spotlight.

In Dubai sales of gold jewellery have been up 17 percent on last year according to data released by the World Gold Council. If we see inflation concerns rise in the US, but the Federal Reserve keeps on refusing to raise interest rates until 2024, then this demand for gold could grow even further. Gold is a key commodity to watch for sure.

At HYCM, gold remains one of the top traded instruments, making up 31.48 percent of all trades* in May 2021. The other top instruments are US100, EURUSD, GBPUSD and USOIL. In general, HYCM offers highly competitive spreads for more than 300 instruments, including forex, stocks, indices, commodities, ETFs, and cryptocurrencies.**

HYCM is a global company with offices in Dubai, London, Hong Kong, and Cyprus. Regulated in each jurisdiction by the relevant authority, HYCM has a long-standing history and reputation in the Middle East, as well as other regions. HYCM has been the recipient of over 20 awards including Best Forex Broker in the UAE, the Middle East, Asia, and Europe. Traders can attend HYCM’s weekly online webinars and workshops, available to anyone looking to level up their trading, and traders in the Middle Eastern region can also participate in HYCM’s exclusive in-person seminars, typically held in one of Dubai’s breathtaking hotels.