YDA Group sets a precedent in Turkey’s bonds market, demonstrating a new cause for investor confidence and the viability of longer tenor issuances 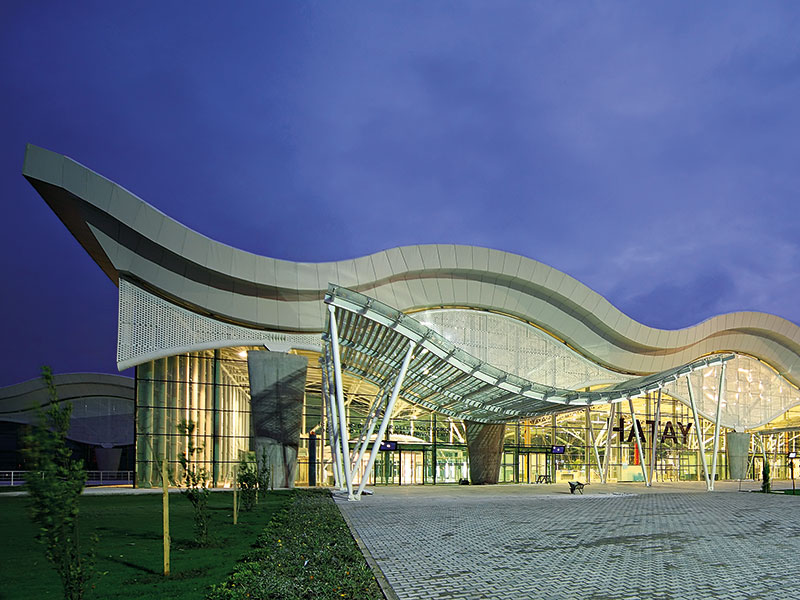 This year marks the 42nd anniversary of the creation of AKSA Construction, YDA Group’s first construction and contracting company, and the 22nd anniversary of YDA Construction Industry and Trade. The flagship of the group, YDA Construction carries out a wide range of works, including turnkey projects, build-operate-transfer (BOT) airports, hospitals, schools, shopping malls, hi-tech business centres, industrial plants, highways, railway lines, bridges, intersections and mass housing projects. With subsidiaries operating across a wide range of sectors and completed projects amounting to $6.8bn by the end of 2016, YDA Group is one of the most influential private companies in Turkey.

While continuing its operations in the construction (contracting and property development) sector to meet ever-changing market expectations, YDA Group has branched out into a range of periphery sectors, such as airport management, energy, PPP healthcare, agriculture, mining, insurance and even outdoor digital advertising.

Since extending its operations to international markets in the 2000s, YDA Group has carried out various projects in countries such as Kazakhstan, Ukraine, the UAE, Russia, Saudi Arabia, Afghanistan and Moldova. Along this vein, it continues to spearhead in BOT and PPP infrastructure projects, particularly for city hospitals, both in Turkey and abroad.

A pioneering bond issuance
Although locally issued corporate bonds are not a market norm in Turkey, YDA’s banks and lawyers have structured highly comprehensive documentation, which includes financial and non-financial covenants in order to maximise investor confidence.

One of the major constraints to the long-term development of the Turkish corporate bond markets has been the limited floating rate issuance that is priced from a market-relevant benchmark index. Consequently, the market is dominated by floating issuances that are based on a two-year government bond index, which is impossible to hedge and thus introduces basis risk for investors.

The issuance was YDA’s first bond issue and only the third in the Turkish market to be based on TRLibor as a reference rate. Hence, the issuance represented an important step that demonstrated the successful use of a different index in the market, while also eliminating non-hedgeable interest rate exposure.

Although the Turkish corporate sector is well versed in bank financing, longer tenor bond financing is relatively scarce compared to the size and potential of the market. As a consequence, the ongoing development of a functional and hedgeable floating rate index, the TRLibor, has great appeal for international investors.

Since 2010, the tenors offered are mostly two years in length, with limited issues of three years. Moreover, there is also very limited liquidity in the market. As such, the local currency corporate bond market has substantial potential for further improvement, which could include longer maturities and could be based on floating rate indices. At 1,457 days – or almost four years – the YDA transaction was the longest tenor in the TRL corporate bonds market. Before this issue, the maximum tenor in the market was 1,154 days.

Its ongoing and planned business volume

The YDA issuance thus demonstrated the viability of longer tenor issuances and increased the maturities available in the market. Naturally, this will attract more issuers and investors, which in turn will potentially increase liquidity as well.

In 2015, 51 local currency bond issues – amounting to TRY 3.1bn ($971m) – were placed with only one issue size of more than TRY 200m ($62.5m). The YDA issue size, on the other hand, is currently TRY 250m ($78m), which almost triples the average corporate bond issue size in Turkey. As the transaction was the biggest issuance of 2016 – and the third biggest in the last six years – it is considered to be a remarkable achievement and a real game changer by the Turkish authorities. Furthermore, the timing was especially significant: the issuance created a positive impact on Turkish markets shortly after the failed coup attempt of July 2016, and the subsequent state of emergency declaration.

These events caused a significant S&P rating downgrade and, as a result, an outflow of foreign capital, which witnessed numerous defaults and increased tension in the local private bond market. In response to this fragile environment, all possible shock scenarios were tested before the completion of the YDA deal. Thanks to its sustainable cash flow stream and its close dialogue with all major stakeholders, YDA’s corporate bond was oversubscribed.

Our new plan of action is to further improve the company’s disclosure standards, thereby raising business practices well beyond Turkey’s current regulations to the best possible international principles. Indeed, YDA has agreed to higher disclosure requirements in comparison to those that are applicable for issues to qualified investors in Turkey. These practices target disclosure in a similar manner to public issuances: they include the preparation of a company’s detailed information; obtaining a rating from a well-renowned rating agency, which will be updated and published periodically; and publishing semi-annual financial statements.

Unique factors
The issuer is a holding company operational in multiple sectors and is headquartered in Ankara. Although construction firms are not usually the first option when it comes to investing in Turkey’s private bond market, YDA Ìn˛saat’s corporate bond was oversubscribed thanks to the sustainable cash flow stream of the company and the company’s strong track record and close dialogue with all major stakeholders in the local bond market.

There were many unique features of the deal, including the strong, steady and easily predictable cash flow generation capability of the issuer. As mentioned, it also had the longest maturity on record and even attracted institutional investors. To sum up, the deal has unique qualities in terms of its four-year maturity, its spread, the size of the deal, the deal’s distribution, and the market conditions as well.

Consequently, international institutional investors invested in the second tranche, which has the longest tenor so far among real sector bonds. This tranche’s benchmark is TRLibor, which indicates the market will soon evolve into longer tenor bonds. Besides tenor, diversified benchmarks also attracted the attention of local and foreign investors. Due to the government securities’ low roll-over rates and spread with bank deposit rates, TRLibor was chosen for the benchmark of this deal to boost investor appetite.

In order to present the deal, we conducted a one-week roadshow along with 21 different institutional investors. In addition to one-on-one meetings, teleconferences were conducted as an opportunity for investors to ask questions. We found investors really appreciated the firm’s publicity and responsiveness, even before the deal was closed.

It is also notable that the transaction was realised in a highly volatile market environment, at a time when issuers were hesitant to issue. The successful issuance has proved Turkey’s corporate bond market is becoming a stable funding market for issuers, despite its relatively short history. While investors appreciated the firm’s sound financial structure, the bond yields in question were particularly attractive.
The high number of investors who were contacted prior to the book building is also an important aspect of this successful bidding. Other factors in this success included the company’s strong track record in the capital markets, its transparency with potential investors, and the close communication it kept with all the major stakeholders of the local bond market over the last three years.

Finally, YDA’s debut issuance was paid off on June 16 last year, thus marking another significant step. Essentially, YDA was able to demonstrate its financial soundness by paying off its debut issuance with its own resources, rather than relying on capital markets to play a crucial role in the successful bidding process.