How to prepare for the future of banking

Advances in technology are causing the banking industry to develop faster. Those seeking to take advantage of these trends stand to be immensely successful 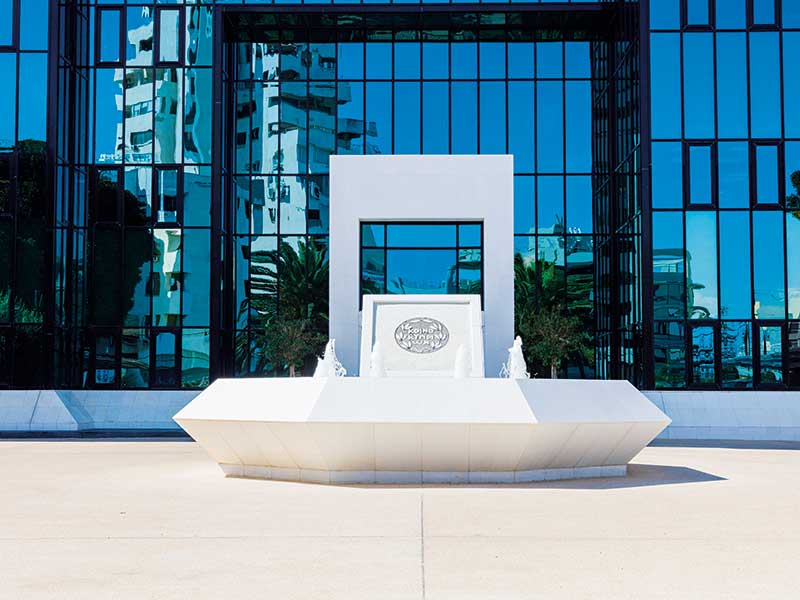 The recent financial crisis in Cyprus, Greece and Turkey has forced banks to adapt and evolve in order to face the challenges ahead. Institutions need to formulate strategies so as to avoid the mistakes of the past and create the business environment of the future.

Following the spate of high-value fines imposed by regulators across the globe, corporate governance has recently turned its focus towards compliance. This, however, will need to change in the coming years. Futurist, trends and innovation expert Jim Carroll recently stated: “Sadly, with all the current focus on compliance, I’ve come to believe that there is a critical lack of future planning on many other corporate boards around the world.” As such, banks will have to shift their concentration to new technologies for the future.

There are certain emerging themes that will affect the business models of banking in the years to come. Increasingly, it appears smaller banks and those operating in emerging markets, such as Turkey and India, are generating more innovative ideas than the more traditional leaders. This has to do with the antiquated systems that most banks have heavily invested in, and are now reluctant to give up.

Service first
Despite such reluctance, customer needs and behaviours will push financial institutions to rethink their strategies. Customers now expect banks to offer more than simple transaction processing, and instead become advice providers. Despite the confidence crisis in institutions, most customers believe banks are secure, and this is a trend that must be taken into consideration. In order to maintain this view, banks need to ensure they do not fall victim to hacking or open themselves up to lawsuits.

A recent Accenture survey of consumers in the US and Canada indicated that most customers do not consider bank branches to be an irrelevant service. Rather, they expect them to be more efficient through in-branch digital tools that create new customer experiences.

As customers become increasingly technologically knowledgeable, they will also expect new innovations that will serve them in a more personalised and efficient manner. Banks are therefore expected to deepen their personal connections with customers using data analysis techniques.

These efforts appear to be very futuristic by current standards. For example, a number of banks are working on predictive analytics of their customers’ accounts, which allow impressive insight into purchasing habits. Using this, not only will banks be able to remind customers of their partner’s birthdays, but they will be able to remind them of the gifts they previously gave as well. At the other end of the spectrum, banks are offering merchants similar insights through market intelligence services.

Contactless payments made using wearable devices are already a trend, and have become something of a status symbol among the younger generation. Biometrics are also likely to play a more important role in the future. From bracelets, stickers and jackets to mobile phones and fitness gadgets, payment providers that have been utilising data from these devices are showing tremendous growth, and are signalling the shape of things to come.

Keeping consumers on board
To be able to visualise and understand these trends, the opportunities offered and the risks involved, boards must pay more attention to their composition. IT expertise will become even more valuable and, in time, technology committees will become as important as audit committees, if not more so.

Data protection and information security will be the next bywords in banking, following the recent spate of hacking incidents experienced by some major financial institutions. Boards that do not pay attention to these parameters may pay heavy fines in future lawsuits relating to data loss.

For too long, boards have concentrated on short-term profits and growth. In the near future it will become increasingly important for them to play a role in long-term value creation. Pressure will mount on boards to ensure their companies are providing information to the markets that allow investors to assess long-term corporate sustainability and financial health through greater transparency on environmental, social and governance considerations.

Perhaps it is time boards took into account customer and employee satisfaction, as there is evidence to suggest these are becoming better predictors of future financial success, as opposed to measures of past financial performance.

Banks also need to get better at spotting new emerging opportunities, be it through markets, customers or products. Most companies seem to be looking inwards to solve problems and fight fires, rather than looking outwards to see what is coming next and what should be done about it. Markets are now very fast paced, and companies need to adapt quickly in order to reinvent product lines and meet changing expectations.

It is no secret that a major concern for big banks is having their business consumed by the likes of Apple, Google, Facebook or Amazon. It will come as no surprise if these internet behemoths build on their consumer relationships to make further inroads into the payment industry in the years to come. Apple continued to roll out its Apple Pay mobile payment service last year, while other firms, such as Samsung, are set to enter more markets with similar offerings. While Barclays has its own wallet named Pingit, it will be interesting to see if other banks attempt to stake a claim in this market too, or leave it to the big tech firms.Many banks do not have leaders with the experience needed to meet these challenges.

The situation is even worse in small banks, which need to address major challenges, such as cyber security. In late 2015, the US introduced new legislation that requires all publicly traded companies to disclose whether their boards have cybersecurity experts, meaning banks are now under even further scrutiny. That said, some banks have become aware of this problem and have introduced regular technology coaching sessions for their board members.

Utilising blockchain
Blockchain technology may be the next big thing in banking, and as such has become an issue boards are forced to pay close attention to. Through the use of a variety of cryptography-based technologies, once an entry is added into a blockchain database, it cannot be changed. The value of this technology lies in how it enables new forms of money movement and data storage that are cryptographically secure.

Blockchain could allow the development of a smart contract between two corporations that automates the release of a portion of funds whenever certain parameters are met, such as the shipment of goods. As more data is stored via blockchain in the future, other possibilities open up: the onboarding of clients could take a matter of days, rather than weeks, enabling banks to avoid embarrassment over misapprehensions. To achieve this, competent authorities must be engaged at an early stage of the process in order to help manage one of the costliest and most troublesome activities – compliance with numerous regulations that surround the adoption of blockchain.

Staying social
Social media could play a large role in the future of banking, with customers able to contact their bankers and exchange information through any preferred platform. The Standard Bank of South Africa is already offering a single dashboard to let relationship managers connect with their clients via any preferred network, including WeChat, Facebook Messenger, Google Hangouts and WhatsApp.

Social media can also transform the way the world regards both banks and bankers, especially for smaller community banks. After the Citizens Bank of Edmond encouraged its employees to shoot videos and post them on YouTube, its customers began to fall in love with the bank and its local initiatives, which in turn promoted a positive image of the business rather inexpensively. Also changing the face of banking is increased advocacy for diversity, which has helped to spread the message of a warm industry with a softer touch.

The Bank of Cyprus, the winner of Best Corporate Governance, Cyprus in the 2017 World Finance Corporate Governance Awards, is at the forefront of adherence to best international practices and current trends in corporate governance. It has become the benchmark among the best-governed institutions in Europe, offering a high degree of credibility and reassurance to its shareholders, customers and stakeholders. The recent listing of the Bank of Cyprus on the London Stock Exchange is further proof of its robust corporate governance framework.

Overall, this is an interesting time for financial institutions that have the vision to form strategies, while taking into account technological advances. Those that keep their customers happy and secure will be the winners of the game.