The British Virgin Islands draws in corporate business from afar

The British Virgin Islands is one of the world’s leading financial hubs, but its government is still looking ahead, hoping to build upon the successes of recent years 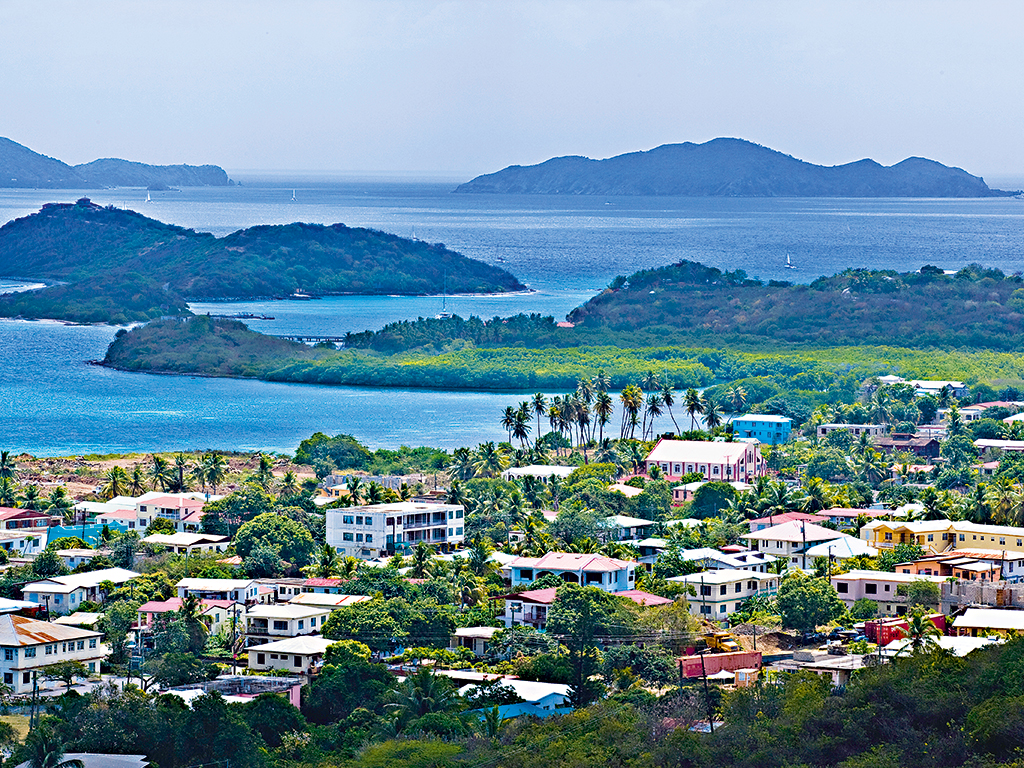 The British Virgin Islands (BVI) is one of the world’s leading financial centres, with high-quality services able to meet the changing needs of international businesses and high-net-worth individuals (HNWI). The government wishes to build upon the country’s success, working in close partnership with the private sector to create a stable, well-regulated and neutral jurisdiction that is able to make significant contributions to the global economy.

As a premier corporate domicile, the BVI offers wealth management solutions in trust and estate planning, funds and investment business, captive insurance, ship and aircraft registration services, as well as advisement and support services from some of the world’s leading law and accounting firms. This means that the government has the right people and businesses to reach its goal of becoming an even bigger player on the world stage.

Tough act to follow
Although no one knew it at the time, the inception of the British Virgin Islands’ International Business Companies (IBC) Act, in the early 1970s, played a big part in the country’s success as a financial hub. American lawyer Paul Butler provided the initial IBC draft, and was assisted by the then BVI Attorney General Lewis Hunte, who reworked the proposal in order to make it more compatible with BVI law. The act was finalised on August 15 1984, with the BVIs Legislative Council passing the new act into law. Then Chief Minister, Cyril Romney, famously proclaimed it the most important piece of legislation to be enshrined in the BVIs history since emancipation.

The IBC Act 1984 became the crown jewel of the BVI offshore offerings and resulted in a thriving financial services industry for the territory. The act was extremely innovative and for a long time it remained the benchmark against which the company registration and incorporation laws of other jurisdictions were judged.

As a result of the new legislation, from 1989 to about 1997 there was a sudden explosion in the number of incorporations, increasing at a rate of nearly 50 percent a year. This in turn rapidly accelerated the territory’s economic growth on a scale it had never seen before. A study was completed in 1999 on behalf of the UK by accountancy firm KPMG, which estimated that the BVI had amassed a 41 percent global market share for offshore vehicles. By 2004, the BVI managed to secure its position in the global economy, achieving the 12th-highest GDP per head of population in the world.

The success of the BVIs Business Company Act had prevailed; but looking back now, it is easy to overlook how radical the legislation really was, and how many thought it could have harmed rather than helped. Instead, it streamlined the incorporation procedure, removed the requirement of corporate capacity, abolished the need for corporate benefit, recognised that companies could exist without members, and permitted companies to provide financial assistance for the acquisition of their own shares. Not only that, but it provided for true statutory mergers and created new statutory tools for restructuring and reorganisation.

For some time, the BVI has remained committed to offering the very best service structure on offer and constantly looks to differentiate itself in the market. Recent changes to the legislative regime have given it yet another edge in that direction and include offerings, such as the BVIs Approved Manager Regime (AMR), enhancements to VISTA trusts, as well as PTCs and the addition of arbitration services.

AMR, which came into force in December 2012, allows eligible fund managers and advisers to submit a simple and short application to the Financial Services Commission and then automatically commence business seven days later, unless the commission raises an objection during that period. This compares to a minimum of four weeks to process an application for a ‘Part I’ license. Under the regulations, an approved manager can act as the investment manager/adviser to any number of private or professional funds recognised under SIBA, as well as any number of closed-ended funds domiciled in the territory, which have the key characteristics of a private or professional fund. The approved manager can act for non-BVI feeder funds into BVI master funds.

Aircraft and shipping
The BVI is now well poised to take on a new area of business since the Mortgaging of Aircraft and Aircraft Engines Act 2011 was brought into force in 2013. The new law complements the jurisdiction’s status as a US Federal Aviation Authority Category One aircraft register under the International Aviation Safety Assessment programme by creating a framework for registration in the British Virgin Islands of security over aircraft and, separately, aircraft engines. This has improved the BVIs confidence inasmuch as it will become a leading offshore centre for aircraft registration.

The territory is an acknowledged Category One Red Ensign register, which means that the jurisdiction is one of only 10 centres around the world where mega and super yachts of up to 3,000 gross tonnages, and general cargo ships of unlimited tonnage, can be registered.

The BVIs facilities include registration of ships, mortgages, discharge of mortgages, change/transfer of ownership and full business, legal, telecommunications and courier services. Ships flying the BVI red ensign are British ships and are entitled to British diplomatic and consular support and Royal Navy protection. It also has access to the range of technical expertise of the UK Maritime and Coastguard Agency.

The BVI has also matured into a major international insurance centre and a highly favoured domicile for enhanced insurance products and services. It remains fully compliant with the International Association of Insurance Supervisors’ core principles, which simplifies it regime, as well as increasing the territory’s levels of transparency.

The BVI plays host to many fund managers and administrators, as the world’s second largest hedge fund domicile. It is a member of the International Organisation of Securities Commissions, helping it to further enhance its attractiveness to clients from emerging market jurisdictions. There is no requirement for service providers of the BVI fund such as the manager, administrator or custodian to be resident in the BVI.

However, several international service providers are present to provide services locally. Over the years, the territory has solidified its position as the location of choice for international trust settlements and operations. The 2013 amendments saw a welcome overhaul of the BVIs trusts and estate legislation, but VISTAS and PTCs remain important innovative tools in building appropriate asset protection and succession structures for international private clients and their families.

International business partner
The world’s foremost legal and accountancy firms all have a presence in the BVI and there are clear signs of a growing demand for their services, particularly in the areas of funds, insolvency practice and litigation. In 2014, the territory has also been given the green light as an arbitration centre since the recent passing of the Arbitration Act 2013, which aims to modernise the previous principles of arbitration and facilitate fair and speedy resolution of disputes without unnecessary delay or increased expense.

The BVI is a popular jurisdiction for investors from the emerging markets of China and the other BRIC countries. Many industry leaders have noted that no other corporate vehicle has had quite the impact in Asia as the BVI Business Company (BC). It has become standard practice for the expanding class of HNWI, businesses and even governments of the BRIC countries to acquire BCs for a multiplicity of investing and other cross-border transactions. BVI trusts and fiduciary services and funds and investment business are also popular in the BRIC countries for wealth management, investing, structuring ownership and control and for planning for the succession of assets.

The BVI International Finance Centre is committed to maintaining the territory’s position as a well-regulated, pre-eminent, progressive jurisdiction for international business services. The reputation of the territory has expanded across the globe and many developing markets now realise the advantage of doing business in the area. The territory will no doubt continue to lead by example, in order to prove to the world that its multifaceted products and services remain innovative, attractive and cutting-edge – all so it may best cater to every client’s need.