Adding a premium to a product that was once free has become a trend in app software. This exclusivity could cost companies more than a little resentment among consumers 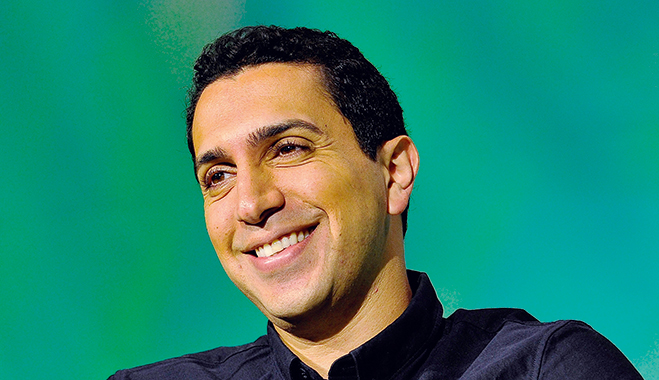 Sean Rad, CEO of Tinder. The company is a prime example of a freemium model, having originally offered its product for free, only to price additional services later
Strategy
Author: Aaran Fronda

One of a long list of overused business buzzwords, ‘freemium’ describes a pricing strategy whereby a product or service is offered up to consumers free of charge, but then a premium is applied at some point in the future, usually in exchange for added features or functionality. Many consumers will have come into contact with the pricing strategy wile playing on their smartphones or tablets, where thousands of video game apps that use it are available for download.

Developers often employ the freemium model in an effort to eek out some cash, often for titles that, for whatever reason, tend to struggle to get consumers to pay for the app outright. The freemium model is really part of a bigger concept: one in which businesses give something away in order to get back. But, to make a success of it, companies need to navigate the strategy’s peaks and pitfalls.

Failing at the first hurdle
Tinder, an online dating app, acts as a great case study for analysing the potential problems surrounding freemium business models; mainly because, if it’s not careful, it could fail tremendously at monetising its hugely popular service.

The freemium model is really part of a bigger concept: one in which businesses give something away in order to get back

When Tinder was launched in August 2012, the developers managed to come up with a brilliantly simple and unique method of matchmaking: offering users the ability to anonymously swipe left (reject) or right (like) on an unlimited number of potential matches – a service that it offered up completely free of charge. It proved to be a big hit with consumers, which in turn created a lot of traffic.

One of the main pulls for start-ups to implement the freemium strategy is that it is a great way for them to make their mark in the highly competitive and hugely saturated mobile app market. And, if the initial offering is good enough, which in the case of Tinder it was, then it allows a large user base to be created without shelling out huge amounts of money on advertising. That extensive user base then provides the foundation for the next step in the process, which is to try and actually turn a profit. But the strength of Tinder’s initial offering, along with its lacklustre premium features, could stop it from doing so.

Striking a balance
Before the launch of Tinder’s premium service, Sean Rad, the company’s CEO, optimistically told tech site The Drum: “We are adding features users have been begging us for. They will offer so much value we think users are willing to pay for them.”

One of the premium features he was referring to lets subscribers undo ‘likes’ in the event that the user has a sudden change of heart; while another, called ‘Passport’, allows users to connect with potential matches in other cities around the world.

Evidently, however, these premium features were not enough – a supposition supported by the developers’ decision to cut back on its free offering, limiting the number of ‘likes’ for non-subscribers in a bid to make its subscription-based service more palatable.

“One of the chief purposes of freemium is to attract new users”, says Vineet Kumar, Assistant Professor of Marketing at the Harvard Business School. “If you’re not succeeding with that goal, it probably means that your free offerings are not compelling enough and you need to provide more or better features free. If you’re generating lots of traffic but few people are paying to upgrade, you may have the opposite problem: your free offerings are too rich, and it’s time to cut back.”

This balancing act between what is free and what is not, is why freemium is such a tough strategy to implement well. On the one hand, freemium businesses need to ensure non-subscribers see value from the free service so that they stay. But on the other, the difference between the free and premium must be apparent in order to entice people to pay.

In the case of Tinder, what made it successful was a uniquely simple dating mechanic, which was free. The combination initially made it a massive hit with consumers, but there was a downside: when what defines an app is its simplicity, adding lots of features actually takes away from its value.

At the moment, the only compelling reason for people to pay $9.99 for the premium version is so they get back what they once had for free. It is unclear how users will take to Tinder Plus, but it appears the developers are yet to strike the balance that will make their foray into freemium a hit.