Who will control the Taliban’s treasure?

After overrunning the country in August following a 20-year absence from power, can the Taliban achieve an economically durable relationship with the rest of the world? 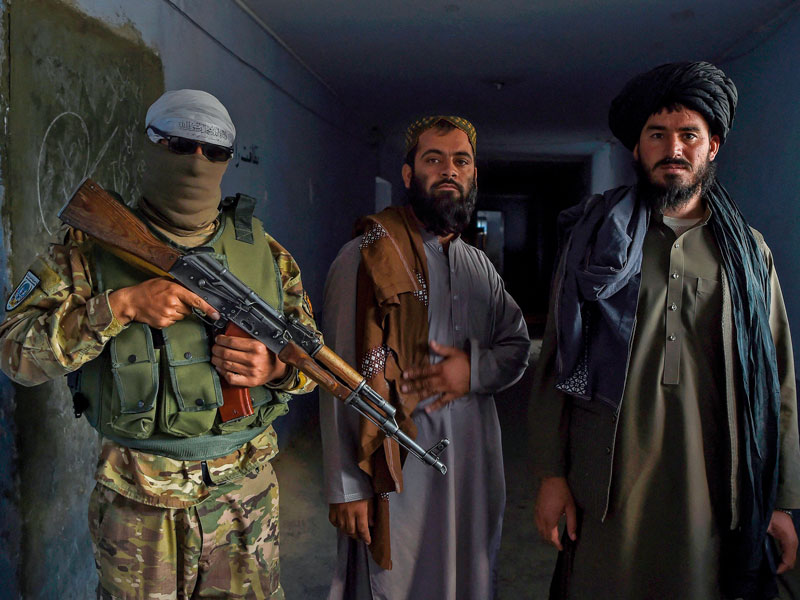 Afghanistan, a mosaic of tribal identities making cohesion extremely fraught as well as historically bloody, has around $9bn in assets held overseas. Most of these assets are frozen. Around 80 percent of the country’s budget is dependent on foreign aid, which has also dried up. “Our engagement with Afghanistan has been suspended until there is clarity within the international community on the recognition of the government,” said IMF spokesman Gerry Rice in September.

“We’re guided by the international community in terms of the recognition of the government in Afghanistan, and we don’t have that.” Afghanistan’s GDP is also part-reliant on overseas remittances, which are struggling to land safely, if at all. Seventy percent of the country’s population is under the age of 25 so most have no experience what Taliban rule means – till now.

Rich but poor
Klisman Murati, CEO of global risk and development research house Pareto Economics, told World Finance that the Taliban are incapable of plugging the public finances void. “If there’s no revenue coming in for the government, there’s no way these civil service salaries can be paid, fully or at all.”

Talk of tacit or implied financial support or recognition from other countries only gets you so far. “Who will take the first step? I don’t think anyone is going to take the first step until they see a robust system of law and that the Taliban can maintain a functioning society. Even if they can, there are going to be certain terms and conditions put forward by the West, to make sure they respect the values that the West holds.”

Afghanistan, however, is richly endowed with rare earth metals vital to the world’s transition to a cleaner, greener economy. Back in 2010 a number of US geologists and military officials concluded that, beneath much of the country’s mountainous dust and rock lay huge supplies of copper, cobalt and lithium.

These and other hard-to-excavate earth elements are vital in the production of electric vehicles. If Afghanistan was allowed to develop its mineral resources “it could become one of the richest countries in the area within a decade,” Said Mirzad of the US Geological Survey told Science Magazine in 2010. But under the previous unity government, trust with investors was weak. Corruption between local warlords and the Taliban is extreme and reliable governance looks decades away.

“China has the deepest pockets but has not rushed in to extract the presumed $1trn worth of minerals beneath the Afghan dust,” wrote Dr Vanda Felbab-Brown, Senior Fellow at US thinktank Brookings in August. Felbab-Brown says China bought just a handful of licences, put off by security and corruption worries. Dr Christine Cheng is Lecturer in war studies at King’s College London and also holds a BASc in systems design engineering and she takes a close interest in sustainable technology.

She says China is paying close attention to Afghanistan’s precious metals potential but concurs with Felbab-Brown that super-caution from the international community, both west and east, reins in longer-term planning, for now.

Next-gen terror
The priorities of near neighbours China and Russia, she says, is the security situation. “Russia and China, foremost in their mind, care most about how Afghanistan is going to deal with Islamic extremists and they are worried about what is going on in their own territories and worried about the lesson learned as Taliban as victors. Also how ISIS-K is managed and contained…the spillover effects of that.”

Just as concerning is the potential for fracturing within the Taliban itself. “That’s the biggest danger,” Cheng goes on. “The people who negotiated the Doha agreement [signed in February 2020] with the US that’s one faction – the diplomatic part.” Much of this faction was largely in control in the 1990s. “If you listen to the people who were in control in the 1990s and then read what they are writing about their approach to governance, it’s much more moderate than you or I would expect, given how they ruled the first time. You could say they’ve gotten older, wiser, lived abroad perhaps and learned about how they might have done things differently.”

“But those,” she goes on, “who are at mid-level now, those mid-level commanders who actually control things on the ground, they weren’t around in the 1990s and didn’t see much of how the Taliban ruled.

So their approach, or world view, is really different. And arguably more radical. They want much harsher restrictions. They want a much stricter Sharia state. That’s causing divisions.”

This fracturing of order within the Taliban is something the west regularly underestimates, other sources confirmed to World Finance. But for many ordinary Afghan families, fracturing is normal. For example, before the US pull-out it was common for a family to have one son employed by the Taliban and another working for the US-supported government. Afghan families hedge bets to survive.

Klisman Murati says it’s important to remember that any idea of Taliban rule imploding has limited relevance. “The Taliban don’t have de facto control over the whole of Afghanistan. If the Taliban implodes it doesn’t mean much because the rest of the country doesn’t survive off the Taliban.” Only those in Kabul, employed by public institutions funded by international money allowing education and healthcare to develop, are mainly affected.

The Taliban meanwhile have sent a strong signal of their intended direction: their new minister of the interior, Sirajuddin Haqqani, is wanted by the FBI and the US department of state is offering a $10m reward for any information leading to an arrest.

Just $2 a day
Much of the Afghan working population earns less than $2 a day. Many Afghan banks can’t supply enough hard cash to customers and runaway inflation for everyday staples – rice, bread and vegetables – is widespread. The Afghani, the national currency, has been in freefall since August.

So what gives? How, economically, will the country manage medium term? Dr Iftikhar Zaidi is senior lecturer in leadership and strategy leadership and change at Cranfield University and knows the region, as well as the border between Afghanistan and Pakistan from an earlier military career. “You have a government that isn’t liked, for different reasons. These are people who are locked in a version of Islam that only theoretically existed perhaps. They are locked in time but they won’t be brought forward by disengaging.”

He goes on: “The Afghans are sitting on an abundant quantity of chromium. It isn’t a rare metal but the quality of chromium in Afghanistan is high and is economical to mine, compared to anywhere else in the world. Then there are other rare earth metals, like cerium. So, if we don’t go in, someone will. The Chinese can. They don’t have to do it overtly. They will provide the money to the Taliban, who will mine these metals.”

“So the Taliban,” he says, “will find money. But it’s a question of what we, the west, are prepared to pay as a price.” He adds: “The Chinese aren’t interested in re-building Afghanistan. They’re only interested in fuelling their ambitions.”

Brutal reality
Dr Bryan Watters, associate professor of defence leadership and management at Cranfield University and a colleague of Zaidi says the major players – the US, EU, China and Russia – haul much historical Afghan baggage behind them. Border controls apart, the country’s untaxable, he says. Watters warns too many people look at Afghanistan through the eyes of an urban elite. “There’s talk about how the people of Afghanistan will not put up with the situation. Get beyond Kabul and the other three big cities [Kandahar, Mazar-i-Sharif, Herat] and I don’t think anything has changed. The urban elite can be dealt with brutally. They’re either being thrown out or they’ll be dealt with. If the Taliban believes the urban elite are a threat to their beliefs and their idea of nationhood, having defeated the Americans, dealing with a few urban elites ain’t going to be a problem.”

“The west may tut-tut but like, Syria and North Korea, will do little,” adds Watters. Much of the developed world is pulling away from COVID-19 and obsessing over rising energy prices and tangled supply chains. “This isn’t an environment where developed countries are going to increase their aid budget to Afghanistan.” China will probably make sure that there’s just enough financial support to keep Afghans fed and watered – just about – says Dr Zaidi. “It’s a simple population. All they want is $2 a day to survive.”

For the population of 30–40 million (no public census has taken place since 1971) that’s not much money, he says. “You can get $2 into people’s hands, which keeps them happy – and milk the country.” China may manage this with Russia he says, or a consortium of like-minded countries. The west certainly doesn’t want China to have a monopoly on lithium – high grade lithium is low density, floats in water and is of spectacular interest to developed industrial economies transitioning to a more sustainable model – and other metals vital to electric vehicle batteries, medical kit and other uses. China already controls much of the rare earths market and therefore the prices. But the west has spent enough and spilled enough blood in Afghanistan and the US has made its decision to leave. The question is: what will it do next, and when?