Banking privacy laws have come under increasing scrutiny, but industry figures are keen to remind us that they have a legitimate purpose, especially for the wealthy in corrupt and unbanked emerging markets 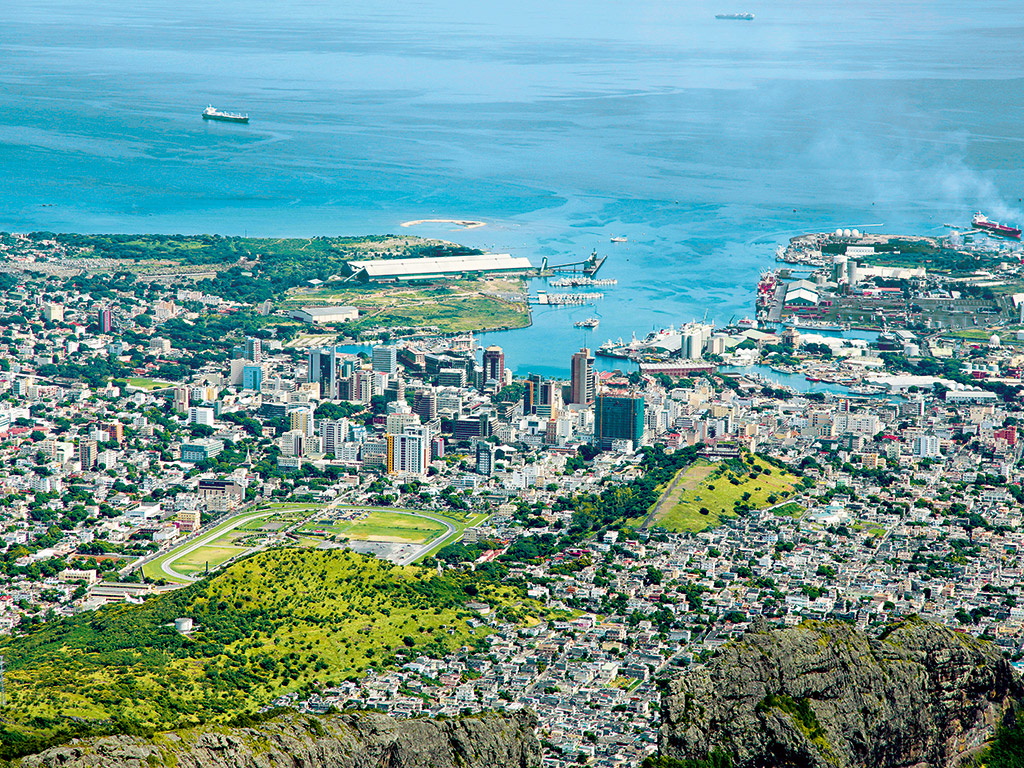 Port Louis, capital of Mauritius – one of many locations known as ‘tax havens’, which traditionally have provided a safe place to store wealth offshore
Wealth Management
Author: Sandra Kilhof

The hunt for tax evaders and money launderers has never been as far-reaching as it is now. Regulators, particularly those in the US, are cracking down on banking secrecy and tax haven practices in order to bring millions of untaxed dollars home. In the wake of the financial crisis, the practice of increased transparency has quickly come to be seen as a good thing, while the concept of keeping financial transactions private and secret is becoming more taboo. Concerns have largely been based on criminals and tax evaders taking advantage of, for example, Swiss banking laws, in order to keep illicit activity under wraps.

“When it comes to tax, yes there have been a lot of changes to laws and privacy over the past two to three years as we are moving towards more transparency. However, when it comes to the privacy of banking assets, these laws still exist. It’s important that they do, so clients who need privacy can still benefit,” says Sindy Schmiegel, spokesperson for the Swiss Bankers Association (SBA), which has played a key role in the ongoing debate on Swiss banking privacy and whether or not these laws should be changed to increase transparency.

The 1934 Federal Act on Banks and Savings Banks was implemented in Switzerland in order to protect individuals from the state at a time when large parts of Europe were occupied. As a result, the banking secrecy laws do not hide assets, but rather protect them and the individuals who own them.

As such, ‘safe havens’ and banking privacy are not something exclusively enjoyed by those on the wrong side of the law. For the wealthy in frontier markets, banking secrecy could, in extreme circumstances, prove to be the difference between life and death. On an everyday level, the ability to keep money in safe havens or places otherwise protected by banking secrecy seriously reduces risk for those high- and ultra-high-net-worth individuals (HNWI), who have to deal with corruption and crime on a daily basis.

Secrecy necessary for new wealth
This is becoming increasingly apparent as wealth in frontier markets such as Africa continues to grow. Since 2000 alone, countries such as Nigeria, Zambia, Namibia, Angola and Ethiopia have seen an explosive growth in millionaires as wealth per capita has tripled and even quadrupled in some instances. The 2013 World Wealth Report by RBC Wealth Management and Capgemini revealed that Africa had a total of 140,000 HNWIs ($1m-plus investable assets), with a combined wealth of $1.3trn. Perhaps more significantly, its growth rate in the number of such millionaires – 9.9 percent – was faster than the global growth pace of 9.2 percent.

Although Africa boasts innovative banking initiatives, with mobile banking in particular enjoying a growing following, many locals remain unbanked. In part, this is down to the lack of economic development on the continent until recently. However, it is also due to the lack of a financial infrastructure and issues concerning crime and corruption. With wealth management becoming a growing phenomenon in the region, firms have uncovered a key trend: Africa’s wealthy not only want banking privacy, they need it.

James Bennett is the Director and one of the founders of Aston Wealth Management, a firm servicing private clients across frontier markets in Africa and Asia, with the majority of its business being conducted in Nigeria. He argues that trust issues are a key challenge for anyone wanting to do business in Africa, and as such, safe havens and banking secrecy are a necessity.

“It is just the nature of life in Africa, unfortunately,” he says. “They like to keep information very secure before they give it to you, because naturally, if the nature of this information is known in the local environment it puts them at risk. Privacy is what counts above anything else for African HNWIs.” As such, the firm reiterates that its Swiss registration was not a random choice, but rather a necessary one in order to put clients at ease that this particular firm is keeping its money and details safe.

The risks of being rich
Being rich in a developing country can put you at risk. In Sierra Leone, where the amount of millionaires is expected to grow by more than 400 percent in the coming years – according to New World Wealth, a consultancy providing data on the Asian and African wealth sectors – corruption is also rampant. Kidnapping and personal threats are common occurrences and what’s more, there’s no financial infrastructure in place to service the wealth generated from the 20 percent growth Sierra Leone enjoyed in 2012 alone.

“Political instability and fewer regulations in place in most of these markets can create a need for safe havens outside of the country,” says Bennett of the need for maintaining banking secrecy now that African wealth is booming. “Local protection on deposits is not as clear-cut as in many offshore locations and exchange rate controls can make liquidity for speedy exporting of funds complicated,” he adds, noting that increased regulatory focus on the matter is making it harder for African HNWIs to secure their money in financial safe havens such as Switzerland, Mauritius and the British Virgin Islands – to name a few.

“There is a demand among the ultra HNWI crowd for secure overseas locations, but compliance processes can put off a lot of potential clients for no other reason than a perceived level of institutional discrimination,” he explains.

Banking privacy under threat
Nevertheless, regulation has been encircling banking privacy for the past few years, bringing into question national laws and rules that otherwise protect client assets in the name of fighting tax evasion and financial crime. The key move in this respect was the Swiss Government stating in October 2013 that it intended to sign an OECD agreement that, if ratified by its parliament, will align Swiss bank practices with those of many other countries, thereby putting an end to 80 years of Swiss banking secrecy.

Now, industry figures are noting that the removal of such client protection might not be entirely unproblematic. “It’s important to distinguish between bank secrecy laws regarding taxes and those which protect clients’ assets,” says Schmiegel. “There should be a certain level of discretion when it comes to client data. There are areas in the world were it is important to keep such assets safe from other persons,” she argues, pointing out that regulators can only take the probe into banking secrecy so far.

Privacy has a purpose
“Even more concerning is the suggestion that banking secrecy does not serve any other purposes than those of criminal intent,” says Bennett. “If an individual has paid the required level of tax, do they not have the right to store their assets as they see fit? For regulators to allege such things is, I feel, an infringement on the rights of private citizens to cater for their own family and circumstances. Many wealthy individuals in Africa invest in Europe and as such need European banking facilities in place to ensure quick and smooth service provisions. Keeping these assets offshore allows this, along with peace of mind and clear legal infrastructures,” he explains.

The Swiss banking act was created to protect money from the warring parties in Europe post-WWI. Now, that war is long gone in Europe; however, security issues related to personal persecution and corruption still exist beyond Europe’s borders. Bennett suggests that with wealth in frontier markets set to boom as foreign direct investment continues to further economic development in this part of the world, it is not without issue that regulators are cracking down on banking privacy. “Regulators need to understand that offshore banking serves many benign purposes and is an important part of estate planning for HNWIs the world over,” he says.

That said, the past years’ regulation for increased transparency has been much needed in order to prevent a financial meltdown similar to the magnitude of the 2008 debt crisis. As the SBA argues, regulation that forces banks to comply with authorities on tax issues is basic due diligence. The point of concern lies in the question of whether regulators will stop probing in time and realise that the fundamental need for financial privacy still exists.