Behind the story of the Panama Papers

The biggest leak in history sheds light on a covert system of offshore bank accounts, hidden funds, tax avoidance and money laundering. Elizabeth Matsangou explores how the Panama Papers scandal happened, and what it all means 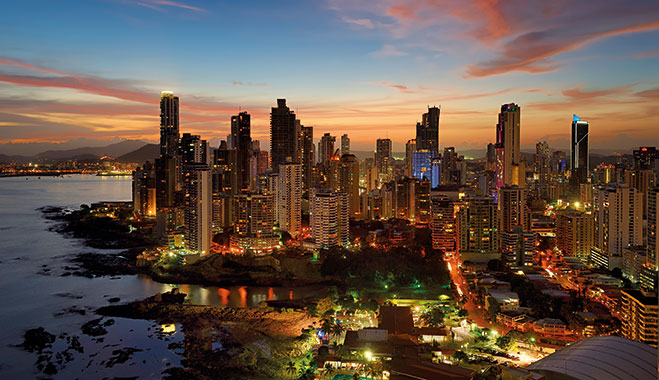 On Monday May 9, 2016, the biggest leak in history went public. With an incredible 11.5 million documents and 2.6 TB of data, the Panama Papers eclipsed 2010’s Wikileaks and Edward Snowden’s secret intelligence documents in 2013 combined. What’s more, the leaked database, in all of its brimming glory, hailed from just one source – the now-infamous Mossack Fonseca, an international law firm based in Panama.

On that historic Monday, a coordinated release of information and articles took place around the globe, the likes of which had never been seen before. From Germany to Washington DC, people woke to the news that a highly secretive and deeply consolidated network of offshore bank accounts was in existence. While holding an offshore account is legal in itself, it was revealed that thousands of shell companies were administrated in Panama in order to cover up the identities of the true owners of funds, some of whom engaged in illegal activities. Despite attempts made in recent years to clamp down on tax avoidance and money laundering, the mechanisms required to do so were actually kept running in the sunny climate of Panama, as well as in the havens of Switzerland, the British Virgin Islands – and elsewhere.

“What came to light through the Panama Papers was that there is a systematic network of secrecy jurisdictions, of which Panama is only one and not the most important one”, said Markus Meinzer at the Tax Justice Network. “These tax havens help individuals and economic and political elites to escape the rules and regulations of the societies in which they reside, and on which they and their wealth depend to a large extent.”

Undercover ops
The process of unveiling the Panama Papers actually started in late 2014, when an unidentified source approached Süddeutsche Zeitung, a leading daily newspaper based in Munich that had reported on a previous leak of Mossack Fonseca documents to German regulators. Communication began via encrypted electronic messages with Bastian Obermayer, an investigative reporter at the paper, who became the source’s sole point of contact. Given the masses of information in question, as well as its highly sensitive nature, the two never met in person. The encrypted channels used varied frequently, from PGP-encrypted emails to cryptographic apps, such as Threema and Signal, while records were deleted after every exchange. What’s more, according to Wired, the pair would use a stipulated question and answer to authenticate their identities before each discussion could begin.

Despite the various initiatives that have been made in recent years to tackle these kinds of abuses, the offshore secrecy world remains very much alive and kicking

Under these precautions, batches of Mossack Fonseca’s decades-old database were delivered periodically to Obermayer. Having realised the enormity of the leak in his hands, Obermayer reached out to the International Consortium of Investigative Journalists (ICIJ), given the group’s experience in organising leaks of a similar nature. A project of Washington DC’s Center for Public Integrity, the ICIJ had recently co-ordinated ‘Swiss Leaks’, the revelation of a series of hidden bank accounts and documents showing that banking giant HSBC had been dealing with international outlaws, traffickers, arms dealers and the bagmen of dictators.

In order to plough through the millions of documents that came in from Obermayer, the consortium built a protected search engine with an encrypted URL. According to Süddeutsche Zeitung, the data was systematically indexed, with a folder for each shell company, which in turn contained all pertinent correspondence, documents, contracts and transcripts. The ICIJ and Süddeutsche Zeitung used optical character recognition to turn all data, including images, into machine-readable, searchable information, while a sophisticated algorithm was used to compare searches by topic and scandal in a matter of seconds.

With these mechanisms in place, mass coordination with 108 media outlets around the world began, including the BBC and The Guardian. The secret site contained a real-time messaging feature so journalists could communicate, exchange tips and share translations from any time zone. Journalists around the globe conducted painstaking research in order to ascertain and link information about each name found, including what role they played in a company and the origins of the money they sheltered.

The fallout
As the news reverberated around the globe, one by one, the names of high-profile individuals with secret accounts were revealed. From celebrities to politically exposed individuals and even state leaders, it began to feel as though anyone who was anyone had their name in the Mossack Fonseca database. Among the most shocking was Icelandic Prime Minister Sigmundur Davíð Gunnlaugsson. Together with his wife, Anna Sigurlaug Pálsdóttir, Gunnlaugsson owned a shell company in the British Virgin Islands called Wintris, which held almost $4m in bonds in Iceland’s three biggest banks – a fact he had failed to declare upon instatement to public office, in contravention of Icelandic law. Instant public outcry forced the Prime Minister to step down from his post and presumably resign from the political game for good.

The scandalous details continued in waves, naming the President of the UAE and his 30 offshore companies, the President of Ukraine, the King of Saudi Arabia, and the Former Emir of Qatar among those secretly on Mossack Fonseca’s books. Relations of the world’s most powerful were also exposed, including the children of Pakistan’s Prime Minister, the nephew of South Africa’s President, and China’s so-called ‘Power Queen’, the daughter of former leader Li Peng.

With so many people implicated, the public debate about offshore tax havens rose with vigour. “The Panama Papers underlined that, despite the various initiatives that have been made in recent years to tackle these kinds of abuses, the offshore secrecy world remains very much alive and kicking”, said Meinzer. “It also drives home the point that this network of secretive places and structures can exist and will exist as long as the major economies, such as the US, Europe and others, are willing to tolerate and accept the legal fiction and the secrecy that these places are offering.”

Treading a fine line
“The Panama Papers has focused attention on tax havens, but we have to remember that tax havens and offshore structures are entirely legal and often used for inheritance and estate planning. Unfortunately, the glitch in the system is the lack of due diligence performed by organisations operating in these countries”, said Nina Kerkez, a due diligence expert at Accuity. “Organisations should be able to prove to their banks and other counterparties that they have completed the necessary due diligence to avoid any illicit behaviour, regardless of where they are based or established. The fact that an entity is operating offshore does not exempt them from performing due diligence on all parties involved.”

Although many of those who employed the services of Mossack Fonseca did so lawfully, there were also plenty of criminals and traffickers who used the system to conceal ill-gotten funds.

“Knowing who you are doing business with is critical, yet discovering this information can often be a challenge. Many entities have extremely complex ownership structures, and with that comes another challenge – it is really difficult to understand where the money is coming from. Real owners usually hide behind nominees – people who lend their signatures on behalf of the entity but have no real control over it”, Kerkez explained. “We should not only look into ownership of entities, but also look closer into the networks of those owners. As part of due diligence processes, we need to understand what those relationships around them mean, and if that allows for any corrupt individuals to hide funds.”

Managing risk
It could reasonably be argued that, as it stands, the offshore system threatens the stability of the entire global economy. “It is a network that has a debilitating effect on, and is an existential threat to, the principle of free market economics. It undermines the trust and the mutual confidence that trading partners need to have in each other when doing business on cross border levels”, Meinzer said. He also argued the international offshore system is designed for one sole purpose – to “break the chain of accountability” for those who wish to conduct business in democratic societies, yet seek to circumvent the regulations pertinent to their activities. “If we continue to tolerate the system, we will see a spiralling of fraud in all colours and shades, as we have already seen in the financial crisis – it will spread out further to other economic sectors too.” In such a scenario, fraud and money laundering are but one set of outcomes of an endemically corrupt system; others include market manipulation, such as insider trading, market rigging, and short-circuited public procurement processes.

There are some, including the German finance minister, Wolfgang Schäuble, who support the idea of a private register for offshore companies. “What has been promoted can be qualified as a manoeuvre in misdirection, because it would dispense with the single most promising measure, which is a public registry of the true owners of the companies”, Meinzer said. “In reality, we know that the Achilles heel of the entire anti-money-laundering regime is the identification of the true owners behind legal identities.” As evidenced by the recent efforts made by new banking regulations, the true identity of account holders and beneficiaries cannot be compromised or conceded – indeed, this is the ultimate line of defence against fraud of any kind.

However, what Mossack Fonseca’s database revealed, by its sheer size and breadth, is that the means for flouting certain rules are still in existence; the tools for corruption and abuse have, in fact, become systemic and entrenched. “The key to lock down and end this institutional corruption is in the hands of the major economies. [They can] decide to only accept offshore investors as long as they go public and identify themselves in registers throughout the economic zones that they control”, Meinzer said.

There is a general consensus that industry changes will continue to be made, particularly in light of the Panama Papers. As Kerkez noted, there will be a tightening of regulations, which will focus more on personal relationships and the identification of ultimate beneficial owners. What’s more, she added that, although personal privacy may be affected, “transparency is key…[and] if entities are transacting via international financial networks then they should expect to be subject to due diligence procedures”. As shocking and controversial as they are, scandals such as the Panama Papers are instrumental in uncovering the state of the international network as it truly stands. Only from such a basis can a regulatory framework be pushed even further, and in the direction needed. Promisingly, the first steps have been taken – one day perhaps we will finally achieve a global system that is robust, sustainable and genuinely free from corruption.