Increased transparency in offshore centres will benefit the global economy 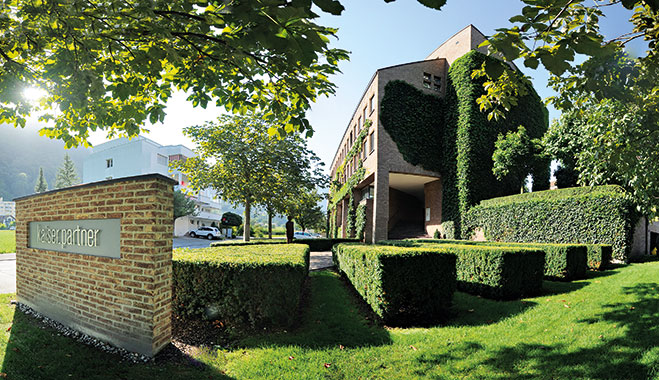 There is a debate in the wealth management industry as to whether wealth owners and the businesses they have interests in still have a need for corporate and fiduciary structures. These structures are designed with a view to achieving holistic objectives that include asset protection and legitimate, transparent tax minimisation, among others. Yet a question now in play is whether there are ways to maintain privacy, while also being fully compliant with tax and other reporting requirements.

Philip Marcovici, a taxation law expert and board member at wealth management firm Kaiser Partner, asked: “Is it always the case that setting things up ‘onshore’ in the country of the wealth owner or of an investment is the best option, or even a possible one?”

With this question in mind, there is talk of a shift to reliable and reputable mid-shore financial centres that can offer what today’s wealth owners and businesses really need. Perhaps mid-shore financial centres, which often have a long history in planning and relationship building with other countries, are the ideal locations from which corporate and family holding structures can be maintained.

Moving mid-shore
Marcovici told World Finance: “After years of secrecy within the offshore corporate services industry, we are now witnessing a regime change. This transition is largely driven by the onshore governments whose tax and legal systems have been compromised on an industrial scale. Had the offshore world shown leadership in relation to the global problem of undeclared money and of the other regulatory failings of the industry, things would be very different than they are today.”

The tax laws of mid-shore financial centres make them highly attractive as places in which to establish corporate structures, trusts and other financial vehicles

“In my opinion, the offshore world and the wealth management industry have largely failed to help ensure a balance between the legitimate rights of countries to enforce their own financial laws and the needs of wealth owners and businesses to protect their interests”, Marcovici said. “Rather than taking leadership, most offshore financial centres have had reactive strategies, which focus on preserving the past and neglecting to plan for the future.”

An alternative does exist, however: Liechtenstein, where Kaiser Partner is based, was one of the first financial centres to embrace change and recognise that good strategy involves taking into account the needs of all stakeholders. This entailed protecting the needs of wealth-owning families and their businesses, while respecting the legislation of home countries and fulfilling the requirements of Liechtenstein’s financial centre.

On this basis, Liechtenstein began to take steps much earlier than other countries to establish itself as a compliant and strategic mid-shore financial centre; a process that involved investing in education, and gaining a deep and comprehensive understanding of the real needs of the clients that its businesses serve.

The tax laws of mid-shore financial centres make them highly attractive as places in which to establish corporate structures, trusts and other financial vehicles. At the same time, they offer safety, sophisticated infrastructure and human resources in a broad range of areas, effectively offering the same advantages that come with onshore locations. Mid-shore financial centres also benefit from having long embraced information exchanges and effective tax treaties that reduce or eliminate withholding taxes, while also addressing other tax issues in a clear and often beneficial way.

“Mid-shore jurisdictions are part of our world, not outside of it”, said Marcovici. “We offer users bilateral and multilateral investment protection agreements and more. This has been achieved because Liechtenstein began its journey towards establishing itself as a forward-looking financial centre very early on, and is now well ahead of its competitors given its recognition as a ‘first-mover’ in a number of key areas.”

Hub of choice
“Through the work of our Chairman, Fritz Kaiser, and board member Otmar Hasler, the former prime minister of Liechtenstein, as well as myself, we believe we have helped Liechtenstein move in the right direction”, said Marcovici. For instance, during Otmar Hasler’s tenure as prime minister, Fritz Kaiser led a working group that developed the Liechtenstein Declaration of 2009. In this declaration, Liechtenstein committed itself to acting as a responsible member of the global community by contributing to the global effort to help foster long-term economic prosperity and to ensure the social wellbeing of the international community.

Taking a leadership role on tax compliance and transparency, in 2009 Liechtenstein positioned itself as a financial centre of the future with the support and guidance of the OECD. One measure the state introduced to ensure its positive influence across the entire industry was the Liechtenstein Disclosure Facility (LDF) and the accompanying Taxpayer Assistance and Compliance Programme (TACP). These two mechanisms were established between the governments of both the UK and Liechtenstein.

“We designed and implemented these actions with the help of the OECD, and shortly afterwards a team of advisors to Liechtenstein and the UK”, Marcovici said. “The LDF and TACP provided the means for a sympathetic approach to ensuring that all UK-connected users of the Liechtenstein financial centre are tax compliant. Consequently, they were able to provide a safe, private and efficient approach to regularising historical tax issues.”

This approach attracted thousands to make use of the LDF, and its existence helped many more companies and individuals learn of the numerous advantages that come with holding investments in Liechtenstein structures. Essentially, the TACP provided a simple and reliable way for the UK to ensure any taxpayers who employ the services of the Liechtenstein financial centre are compliant.

“Interestingly, this is a much cheaper and less intrusive approach than the Common Reporting Standard and the other transparency initiatives now being introduced around the world”, said Marcovici. “These ground-breaking arrangements with the UK proved to be a huge success for clients of Liechtenstein’s financial centre, as well as for both countries. These arrangements, which did not in any way compromise Liechtenstein’s focus on the legitimate privacy rights of the clients of its financial centre, recognised that countries whose tax and legal systems respect the human right to privacy are entitled to ensure that the integrity of their tax systems also remains intact.”

Improving relations
Since the agreement was introduced, the relationship between Liechtenstein and the UK has gone from strength to strength on the basis of their cooperation and foresight, and has even included a full tax treaty between the two countries. The tax treaty offers a number of important planning opportunities for UK-connected wealth owners and businesses that make use of Liechtenstein as a financial centre.

“For the UK, the LDF was a real success – it was so much of a success that the UK extended the time that the LDF was originally set to run for”, Marcovici said. “The UK also went on to use the LDF as a template for additional disclosure facilities that it has since put in place.

“As an industry leader, Liechtenstein has achieved its aims in that no subsequent disclosure facility implemented by the UK has offered as sympathetic an approach to tax regularisation as the LDF. Eventually, the extension of the LDF was cut short due to, among other reasons, the political repercussions of the disclosure of widespread bank secrecy abuses by HSBC in Switzerland. The LDF stands, however, as an example of what can be achieved when governments are strategic, cooperative and look towards solving problems in ways that benefit all stakeholders”.

As a member state of the European Economic Area and the European single market for financial services, Liechtenstein, with its solid and modern bank secrecy laws, was uniquely placed to go beyond existing standards of information exchange and approaches designed to address tax fraud, tax evasion and double taxation, without compromising its commitment to privacy. The relationship developed with the UK in negotiating the LDF and TACP allowed Liechtenstein to focus strategically on positioning itself as a jurisdiction of choice for businesses and wealth owners connected to the UK.

Marcovici said: “Among others, Liechtenstein was able to work with the UK to ensure that Liechtenstein vehicles, such as foundations, trusts and companies, are clearly recognised by the UK with the application of its tax laws being clear, even though the structures involved are outside the UK.”