Shaping tax policies to meet the requirements of the digital age

With proposed changes in how the digital economy is taxed expected to come into effect in the near future, multinational companies will have to reevaluate their models to be compliant 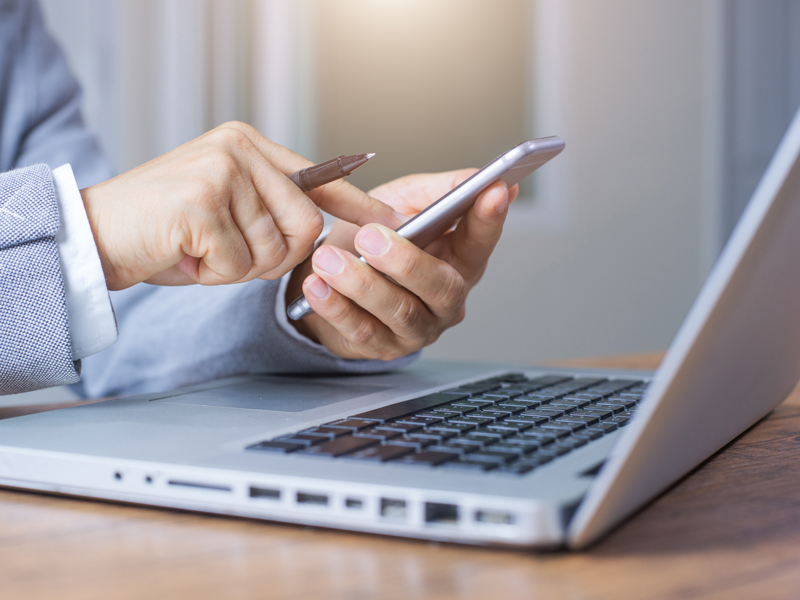 Companies will have to work hard to realign to the new regulations if the digital economy taxation proposals put forward by the EC and the OECD come to fruition
Tax | Wealth Management
Author: Michael Bernard, Chief Tax Officer, and John Viglione, Executive Vice President, Vertex

In recent years, executives of multinational companies have grown all too accustomed to warnings of disruption, their organisations scrambling to adapt to the numerous threats and opportunities presented by breakthroughs in digital technology. These challenges have dominated business in the digital era, and yet such challenges could soon be lessened by corresponding changes in policy. If the digital economy taxation proposals put forward by the European Commission (EC) and the Organisation for Economic Cooperation and Development (OECD) come to pass, businesses will have to work hard to comply with the new regulations.

Most analysis of these potential tax policy changes inevitably focuses on how the disruption will affect the practices – and bottom lines – of a handful of large, US-based technology companies. It is important to keep in mind, however, that these changes will affect more and more companies as they undergo digital transformations and derive even greater value from their data assets and digital transactions.

According to a recent PwC bulletin: “Digitalisation is resulting in significant changes to economies – and tax bases. The influence has spread far beyond the digital economy; the digital economy increasingly is the economy, and it cannot be ringfenced. Any changes will, therefore, impact all businesses, however narrowly policymakers try to draw them.”

It’s important, then, to recognise the risks and ripple effects that may be coming down the pike, especially at a time when global companies are striving to understand, prepare for and respond to other major changes in traditional tax law. These changes include the EU’s proposed overhaul of its value-added tax rules, the US Tax Cuts and Jobs Act, and the US Supreme Court’s decision regarding the implementation of a digital sales tax in South Dakota vs Wayfair which, at the time of writing, has yet to reach a verdict.

The risks of ringfencing
It was a busy spring for tax policymakers. In mid-March, the OECD released its Tax Challenges Arising from Digitalisation – Interim Report 2018 as part of an ongoing effort to prepare businesses for impending tax changes via its base erosion and profit shifting (BEPS) action plan. The report offers insights on “certain highly digitalised business models and [focuses on] value creation in the digitalised age”, examining the shortcomings of the existing international tax framework and the complex issues we face in moving towards a long-term solution. The report also discusses some unilateral interim digital taxation measures put forward by individual countries. On this matter, however, the report notes: “There [has been] no consensus on the need for, or merits of, interim measures, with a number of countries opposed to such measures on the basis that they will give rise to risks and adverse consequences.”

Shortly after the release of the Interim Report, the EC proposed two new rules to ensure that digital activities were “taxed in a fair and growth-friendly way in the EU”. The first legislative proposal, which the EC describes as its “preferred long-term solution”, calls for profits to be registered and taxed where businesses have significant interaction with users through digital channels, in accordance with new digital presence criteria. The second proposal, meanwhile, calls for an interim tax that “covers the main digital activities that currently escape tax altogether in the EU”. This would be primarily achieved by taxing the sale of online advertising space, digital intermediary activities and the sale of data generated from user-provided information.

The EC’s proposals could have a major impact on a relatively small group of large US technology companies. In one particularly strident response to the EC’s proposals, the editorial board at The Wall Street Journal wrote: “For ‘large tech firms’ you should read ‘American companies’, since the rules are tailored to apply to the likes of Amazon, Apple, Google and Facebook. The tax proposal ensnares companies that sell digital advertising or provide a platform for online trade between third parties.”

The Silicon Valley Tax Directors Group (SVTDG) has also been quick to point out that, despite the OECD’s assertion in its original BEPS report that the digital economy could not be ringfenced, the taxation options it has recently requested comments on achieve just that.

Policing policy
While the digital economy taxation proposals put forward by the OECD and the EC would clearly affect US tech giants, the impact of these measures would extend well beyond this small group of companies if adopted. For this reason, the business and tax leaders of multinational companies should already be planning for both the immediate and long-term future with these potential changes in mind.

First of all, policymakers need to be aware that tax authorities – not just the OECD and the EC – are aggressively pursuing new ways of capturing revenue in the digital era. To make matters even more complicated, some countries and economic blocs prefer not – or appear unwilling – to wait for a multilateral solution. This is why the EC emphasised the need to “urgently bring… tax rules into the 21st century” when it announced its own digital taxation proposals.

Without a multilateral solution in place, organisations will be keen to avoid double taxation or, even more detrimentally, multiple taxation. While many leaders of multinational companies recognise that tax authorities will subject the digital economy to some type of formulary apportionment, they should have serious concerns regarding the extent to which new rules will upend existing business models and processes. Many executives have previously raised concerns that the information contained in the BEPS country-by-country reports their companies file could be used to establish this formulary apportionment, instead of the transfer pricing practices normally used to determine the portion of profit each country receives. If business leaders fail to put adequate plans in place to effectively account for these changes, their companies could face the very real possibility of multiple taxation.

Policymakers must also be wary of the wholesale changes major revisions in tax policy are likely to give rise to. For decades, companies have invested heavily in their systems so as to comply with the current regime’s tax rules, setting up structures for selling products, such as limited risk distribution subsidiaries, and storing data in ways that align with sourcing regulations. If enacted, many of the proposed changes would spark disruptions and upend these long-standing business models.

Task at hand
According to a comment letter from the SVTDG to the OECD’s Task Force on the Digital Economy, a number of the measures the OECD is considering could have potentially massive – and detrimental – effects on companies, as well as on many OECD countries. When the OECD’s task force meets this summer, it will consider other sweeping changes, such as taxing databases according to the country of residence of the citizen whose data has been entered into said database. This type of policy shift would represent a sea change in how intangible assets are treated from a taxation perspective. If such a scenario comes to pass, a growing digital company that has yet to turn a profit could face a major tax burden and be forced to rethink its operating model.

Regardless of how the digital economy taxation proposals progress, it seems likely that global tax authorities will increase their focus on transaction taxes as a key revenue lever

As such, the management of tax data will become more important than ever. Strategies, processes and supporting technologies within tax functions will need to be re-evaluated and updated to accommodate new taxes on digital transactions and/or digital assets. The importance of tax data will rise in tandem with the emergence of each new tax remittance and reporting obligation, requiring tax functions to exert as much control over their own data as possible in order to ensure accuracy and limit the risk of noncompliance.

The OECD’s Interim Report emphasises that three areas of importance for multinational companies and their tax departments have yet to be addressed by the task force. These are: business tax functions; people and systems required to use financial data; and the impact of technology on tax administrations, including the improvement of taxpayer services and the reduction of compliance burdens. The OECD does, however, recognise that these areas require more attention. Automated technology can greatly improve data management and transparency, while also accelerating efficiency and accuracy. The improved governance control and risk management that technology can provide will benefit organisations globally.

Regardless of how the digital economy taxation proposals from the OECD and EC progress, it seems likely that global tax authorities will increase their focus on transaction taxes as a key revenue lever. As governments look to meet revenue needs in the near future, it’s safe to assume transaction taxes will be in their crosshairs. How much additional disruption this will cause to existing business models, however, remains to be seen.