Having become a key player in Lebanon’s banking community, BankMed has grown across the Middle East, expanding its business ventures over a multitude of platforms 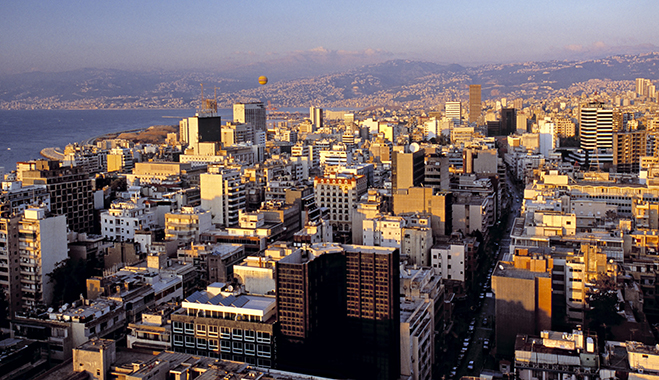 Beirut, where BankMed has its headquarters. The bank has played a central role in the reinvigoration of the Lebanese economy, devoting special attention to SMES – which it believes are at the heart of economic growth
Banking | Investment Banking
Author: Mazen Soueid, Chief Economist, BankMed Lebanon

Access to finance ranks high on the list of concerns for emerging markets, and it often limits the ability of individuals and businesses – SMEs in particular – to capitalise on available opportunities. In Lebanon, for example, access to the formal financial system is problematic, though with the help of the banking sector, the country is looking to increase penetration and, by doing so, realise a more sustainable growth potential.

Headquartered in Beirut, BankMed has 61 branches spanning all corners of the country. The bank offers a wide range of distinctive services and innovative products that meet the evolving business and individual needs of its diverse client base. The bank continues to rack up impressive achievements, and in 2014 this success is best seen in the growth of its net income, total assets, and in its deposits and loans portfolios. During the first half of 2014, BankMed’s net income grew by 8.1 percent compared to the same period last year, reaching $69.9m. The bank’s total assets also stood at $14.3bn, representing a 3.6 percent year-on-year rise, while deposits grew by 11.6 percent to reach $10.7bn by end-June 2014, and the loan portfolio similarly expanded by 9.8 percent to reach $4.6bn.

Diversity in operations
After the civil war in the 1990s, BankMed played a dynamic role in the resurgence of the Lebanese economy and in funding the reconstruction of the country. It actively participated in financing commercial, industrial, and contracting sectors, hence promoting their growth and earning a prime position as a market leader in corporate banking. Nonetheless, understanding the importance of keeping pace with a fast changing financial landscape, BankMed opted to actively expand its banking services to also include retail, private, commercial, investment, and brokerage services. Thanks to its distinctive customer-oriented culture – which delivers speed in processing and responding to client requests – the bank has been able to successfully cater to individuals, large corporate clients, and to SMEs.

SMEs constitute the bulk of Lebanon’s enterprises and a cornerstone of its economy. However, they have been unable to grow at full potential due to limited financing access

In corporate banking, BankMed has continued to hold one of the largest commercial lending portfolios in the Lebanese market, covering top tier corporate clients across all industry lines. While its traditional focus on the corporate sector has endowed the bank with a robust business model and a history of corporate transaction structuring, the bank has embarked on various initiatives aimed to enhance other essential business lines. In 2013, and in spite of the local instability and regional turmoil, its commercial lending portfolio witnessed a 6.5 percent growth.

The bank has managed to attract new clients and expand its customer base, especially with the establishment of a dedicated International Banking Business Unit, created to better serve its customers outside Lebanon. In recent years, BankMed has enhanced its trade finance arm, given increasing demand. With its strong network of banking partners all with reputable names and services, it has been able to successfully expand its trade finance activities and explore new avenues of opportunities.

On the investment front, BankMed’s Treasury has offered its clients access to local, regional, and international markets through its extensive and solid relationships with brokers and market makers around the world. Treasury has been successfully diversifying its liquidity profile, minimising counterparty and sovereign risk while enhancing profitability. Available 24 hours a day, brokerage services have been handled by the bank’s wholly owned brokerage subsidiary, MedSecurities. MedSecurities managed to end the very challenging 2013 by recording a significant increase in net income of 42 percent, with the introduction of new investment products and services, and expanding its client base.

Recently, BankMed has geared its efforts towards SME businesses, an increasingly important segment of the economy. SMEs constitute the bulk of Lebanon’s enterprises and a cornerstone of its economy. However, they have been unable to grow at full potential due to limited financing access. In fact, the SME sector in particular remains largely under-banked in Lebanon, and BankMed is therefore actively working on capturing a large part of that market.

The sizeable SME division at the bank offers products and services through relationship managers and locations spread all over Lebanon. Given its growing concern with sustainable community development, BankMed established Emkan Finance SAL in June 2011; a financial institution licensed by the Central Bank of Lebanon. For the past two years, Emkan Finance has provided over $90m worth of microloans for the economically active low-income earners in Lebanon, and has successfully extended microfinance services to about 45,000 borrowers.

Additionally, as a leading financial institution dedicated to the advancement of the community, BankMed has ingrained corporate social responsibility in the way the bank has chosen to do its business. BankMed’s “Happy Planet” programme, the frontrunner of the bank’s CSR commitments, has completed its fifth successful year in 2013. The programme, which includes funding of specific environmental programmes, has undertaken various projects in collaboration with government departments and ministries, NGOs and educational organisations, to preserve Lebanon’s natural environment. By leading the way in its green initiatives to preserve Lebanon’s environment, the bank is making a commitment to creating a better Lebanon for tomorrow’s generations.

International presence
BankMed has pursued a prudent expansion policy, establishing a presence in selected markets with sustainable growth potential. Its private bank in Switzerland is engaged in asset management and advisory wealth management services, known as BankMed (Suisse). This is backed by a professional management and investment team with solid experience in the private banking arena, and currently provides a full spectrum of investment products.

In 2006, BankMed teamed up with Arab Bank to acquire a commercial bank in Turkey, and rebranded it as Turkland Bank, better known as T-Bank. The bank is one of Turkey’s fastest growing niche banks, specialising in providing premium banking services to the commercial business sector as well as to SMEs through its 32 branches spanning Turkey’s most prominent business hubs. The strong ties it has established with its shareholder banks in the MENA region have allowed T-Bank to create a significant network synergy, which is enhanced by Turkey’s increasing trade relations with its neighbours (see Fig. 1).

T-Bank has implemented an ambitious growth strategy over the last few years, allowing it to proceed its operations with greater efficiency. During the first half of 2014, T-Bank achieved stellar results, with double-digit growth since December 2013. Total deposits increased by 10 percent and total loans grew by more than 12 percent. Moving forward, T-Bank will continue to grow its portfolio and expand its presence by targeting all components of the supply chain.

BankMed has also expanded its overseas activities to investment banking. Incorporated as a closed joint stock company in the Kingdom of Saudi Arabia in December 2007, and regulated by the Saudi Capital Market Authority (CMA), SaudiMed Investment Company has been an important addition to BankMed’s regional presence. It has acted as a financial intermediary offering investment and advisory services in the Kingdom of Saudi Arabia, and SaudiMed continues to focus on building its core competency business line of corporate finance advisory, taking into consideration new market realities and conditions for both clients and investors.

The bank also enjoys a presence in Cyprus via a branch in Limassol. BankMed Cyprus is both geographically close to Lebanon and is within the EU, providing BankMed with a strategic location from which to serve international and local customers. Additionally, based on its extensive experience and in line with its plans for further regional expansion, BankMed extended its international presence to Iraq in 2012. The bank inaugurated two branches in Baghdad and Erbil, and intends to start operations on its third branch in Basra in the fourth quarter of 2014.

More recently, BankMed has applied for two licenses from the DIFC (Dubai International Financial Centre) to operate a brokerage and a corporate business. This step will allow the bank to serve customers, who are involved across the MENA region – in particular in the Gulf – since Dubai has grown to become the financial and trade hub of the Middle East.

On the whole, and in spite of the recent global and regional instabilities, BankMed has been able to grow its business, expanding and strengthening its regional and international presence. The growth seen in recent years, coupled with its solid financial results, has served as an indication of the bank’s robust performance. Moving forward, its strategy is focussed on increasing its client base and taking advantage of new innovations and technologies that will enable it to better serve its customers.