The People’s Bank of China has warned of the risks associated with Bitcoins, and banned financial institutions from trading the digital currency 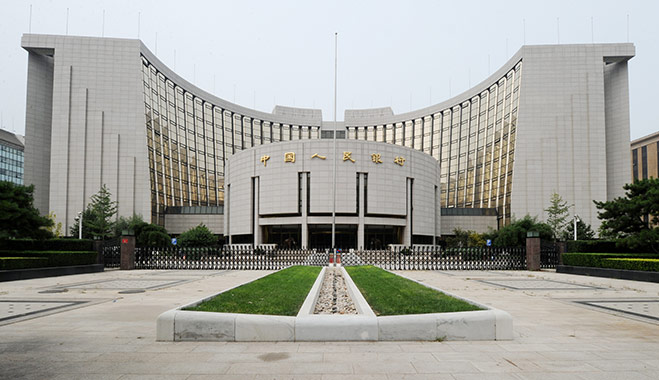 The People's Bank of China headquarters in Beijing issued a statement this week stating that Bitcoins do not have the legal status of a currency and banks should therefore refrain from handling any related transactions
Banking
Author: Rita Lobo

Bitcoins have been the talk of the town over the past few months, and have seen their value surge since a US banking commission heard the virtual currency can be useful as a mainstream financial tool. But Chinese officials have now issued a notice banning financial institutions in the country from handling any sort of transaction in which Bitcoins are involved. The value of the digital currency has since taken a stumble after months on the increase.

The People’s Bank of China (PBC) issued a notice this week stating that the virtual currency has no legal status in the country and should therefore, never be used as currency. The notice stopped just short of outlawing the Bitcoin in China, and said that though individuals had the right to buy and sell it, they were doing so at their own risk. The Bank also sought to underline the connections between Bitcoins and money laundering, fraud and criminality.

The PBC said it was banning the virtual currency because it is not subjected to any regulation and is not backed by any government and central authority.

“Although there are people calling it a ‘currency’, it is not issued by the monetary authority, it does not possess the attributes of a currency such as legal repayment and enforcement ability,” the bank said in a statement.

“Judged by its nature, Bitcoin is one particular kind of a virtual product. It does not have the legal status of a currency, and it cannot and moreover should not be allowed to circulate in the market as a currency.

“We have clearly stipulated that at the present moment all financial institutions and payment institutions cannot develop any business related to Bitcoin.”

This position by the PBC puts China at odds with many central banks around the world, which are slowly moving to embrace the Bitcoin. Last month a US Senate hearing was told of the concrete benefits the virtual currency can offer the financial system, despite its link to money laundering and criminal activity. After the hearing, a number of retailers and online merchants started accepting Bitcoins, and its value soared to over $1,100.

However, the Chinese policy reflects the views of many commentators. At the end of November, Alan Greenspan, former US Federal Reserve Chairman, described the soaring value of the Bitcoin as “a bubble” adding that the exchange rate was at an “unsustainable high”, in an interview with Bloomberg.

“There is no fundamental issue of capabilities of repaying it in anything which is universally acceptable, which is either intrinsic value of the currency or the credit or trust of the individual who is issuing the money, whether it’s a government or an individual.”

The PBC said that it would continue to monitor the development of the Bitcoin and it’s trends and risks but that for now, its main focus is to “guide people to correctly understand the concept of a currency as well as investment theory”.