Eurobank has emerged from the Greek financial crisis stronger than ever

Following a stormy 2015 for Greece’s economy, Eurobank – one of four systemic banks in the country – is set to take a leading role in the Greek and regional economy 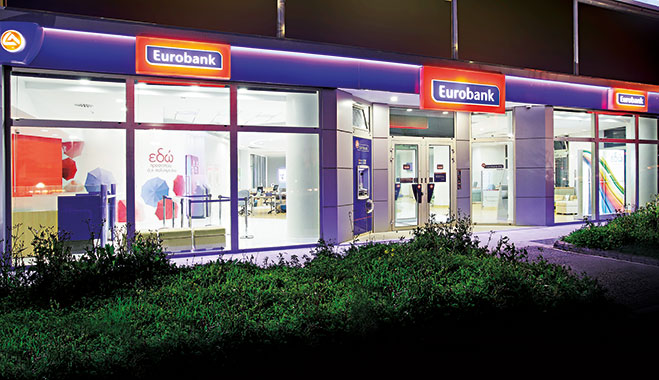 After enduring six years of economic recession, the Greek banking system faces key domestic and global challenges. The most recent development, which had a catalytic effect on the sector, was the European Central Bank’s (ECB) comprehensive assessment of all four systemic banks in Greece. This culminated in an increase in share capital, with the four leading banks raising €5.4bn from international markets against a total capital shortfall of €14.4bn, as identified by the ECB.

The results from ECB’s stress tests on Greek banks demonstrated that Eurobank is the most resilient Greek bank, with the lowest capital shortfall in the adverse scenario upon which the share capital increases were finally based. The exercise confirmed that, despite the recent capital control regime imposed in June 2015, Eurobank maintained its strong capital adequacy ratio in the market. Based on this performance, the bank was able to convince its main shareholders and its anchor and institutional shareholders, as well as new private, international and Greek investors, of its promising future.

Eurobank raised €2.04bn in capital last year, while our book-building exercise was oversubscribed in what was an undeniably volatile period, full of uncertainty both locally and internationally. This was an important vote of confidence in the bank’s future prospects, and its potential to return to a stable and increasing profitability.

The bank’s shareholder base now has more depth and quality than ever, with institutional investors having reaffirmed their support for the bank and its management during challenging times. Shareholders include international investors, such as Fairfax Financial Holdings, WL Ross & Co., Brookfield and Highfields Capital Management. With the overwhelming support of our investors, Eurobank now has a fully international board of directors in Greece, a development that has added additional value to the bank’s strategy and operations. Eurobank’s management plan has also piqued the interest of an impressive line-up of clients and investors in Greece. Not only has the bank received a major injection of funds from local entrepreneurs and investors, but we have also gained the trust of a battered business community that is attempting to boost its prestige and image once more.

The results from ECB’s stress tests on Greek banks demonstrated that Eurobank is the most resilient Greek bank, with the lowest capital shortfall

Re-starting the economic engine
The combination of a strong capital position, a high tier 1 capital ratio, a resilient loan portfolio and a successful share capital increase has boosted the morale of the banks’ personnel, setting the conditions for Eurobank to take a leading role in the Greek and also the regional economy. However, while the banks’ status is on the up, the challenges that must be faced remain significant: these include the recovery of lost deposits, return to profitability, effective non-performing loans (NPLs) management, full repayment of state aid (including preference shares and government guarantees), and improving relationships with customers and personnel.

Our primary objective is the return of deposits: a record amount of deposits – approximately €120bn (over 65 percent of Greece’s GDP) – were withdrawn from the Greek banking system in the last five years. Our second objective is to encourage business development and new revenues: the bank aims to increase revenue from commissions, and to take advantage of the recent shift towards electronic transactions. A further area of emphasis will be on business loans – small, medium and large – as Eurobank aims to be the catalyst for a developmental leap in Greece, raising the funds that are needed with the cooperation of the business community.

The bank’s third objective is the effective management of NPLs. Greek banks need to significantly improve the efficiency with which they manage their €100bn of NPL portfolios. While the Greek banks’ ability to manage NPLs has markedly improved of late, the issue remains an enormous obstacle for Greece’s path to sustainable growth, consuming much-needed liquidity and capital. The problem therefore compromises investors’ confidence in the prospects of Greek banks and distracts management from focusing on their core business activities. At Eurobank, our goal is to convince our customers – including individuals, households and businesses – that we can offer them viable solutions for NPLs. Our aim is to maximise NPLs, turning them into healthy loans, and to offer the right products for any cooperative customers who may have previously experienced difficulties.

The current situation has no winners: taxpayers indirectly lose, tax revenue declines, informal channels that are not reported and not taxed of circumventing capital controls are developing and creating serious inefficiencies, and small, financially healthy enterprises are put under enormous stress.

Relying on small businesses
Greek economic activity is driven by small businesses. Representing 97 percent of total companies, compared to an EU average of 92 percent, small businesses provide 55 percent of employment in Greece. Eurobank is a pioneer in this segment, holding the largest portfolio and client base in the market. We are currently transforming our business model to a more targeted delivery platform for upper-market, high-potential clients, in order to achieve a higher income per client. We are also in the process of implementing a client segmentation scheme to develop our existing client base, as well as to expand value proposition to both further address the broad needs of clients and become more involved in their business.

Moreover, in an effort to further support small businesses and professionals, Eurobank is redesigning both its value proposition and service delivery model, structuring it from the client’s perspective. With the days of double-digit credit expansion long gone, we recognise that we need to serve the multitude of small business needs in a holistic manner, and so, apart from financing, liquidity management and day-to-day transaction banking, we have expanded our services to include broader trade, B2B ancillary and business advisory services.

The number of European countries where Eurobank has an established presence

Eurobank has implemented a new approach to small business financing, which replaces the old client credit request system with a responsible and informed decision-making process, thus creating a specific financing offer based on the needs and capabilities of the individual customer. This is achieved through leveraging on a structured and comprehensive business assessment tool, known as ‘business check-up’, alongside the services of Eurobank’s dedicated small business advisors.

Eurobank has also made a strategic decision to more aggressively embrace digital technology. We aim to position ourselves as the premier digital retail bank of the future in Greece.

Despite the local crisis, Greek society is enthusiastically embracing internet technologies, and so is poised to catch up with its European peers in the near future. In preparation for this, Eurobank has launched a comprehensive three-year digitisation programme with two primary pillars: full digitisation of the most critical bank processes in order to ensure absolute efficiency, and the seamless deployment of digital technologies in order to create an omni-channel experience for our customers. However, on top of transforming our model, we also aim to support companies in their own progression into the digital age, including new start-ups and other such businesses that contribute to the new economic model of Greece; one that is based on extroversion, innovation and entrepreneurship.

Making pivotal changes
To facilitate this progress, Greek banks must implement sound corporate governance policies that adhere to the strictest international standards. These policies should be aimed at convincing markets, depositors, regulators and society that these banks can manage their clients’ savings and the equity entrusted to them effectively and diligently, with transparency, accountability and risk prudency.

Although Eurobank has a reputation for upholding sound corporate governance practices, we nonetheless recently took the initiative to upgrade them. In accordance with first-rate international practices, five experienced international board members were appointed last year, intended to represent the interests of private shareholders and to chair major board committees.

All procurement and outsourcing activities now go through a competitive bidding process, while there is also a full separation of duties and independence from management concerning the audit, risk, compliance and credit functions that are already in place. Furthermore, a well-defined and restrictive relatives policy, code of conduct and conflict of interest policies have all been meticulously applied. Quarterly reports regarding media, public relations and communication spending have all been established, and all major board committees’ minutes are now recorded in English and Greek, ensuring full transparency. Lastly, reports of management remuneration are in place, and there is a regular quarterly meeting of the independent non-executive directors, where key sensitive issues can now be reviewed.

Despite the wider challenges, Eurobank remains optimistic. It is our aim to become the bank of the new era for the Greek economy, and the bank of first choice for our customers. Using a proven mix of key skills and commitments, we aspire to contribute to sustainable development, the positive implementation of new business objectives, support for households and the creation of new jobs nationally.

Eurobank’s message is, “Priority to you”. But the message alone is not enough if there is nothing tangible on offer for our target audience: our customers. The bank is made up of a team of people in Greece and seven other countries around Europe, giving it a significant regional presence, and it is these people at Eurobank that will create value for the economy, customers and society at large.