Despite heightened competition, a slowing macroeconomic environment and record-low interest rates, BAWAG Group is succeeding in Europe’s retail banking sphere with a focus on simplification, technology and efficiency 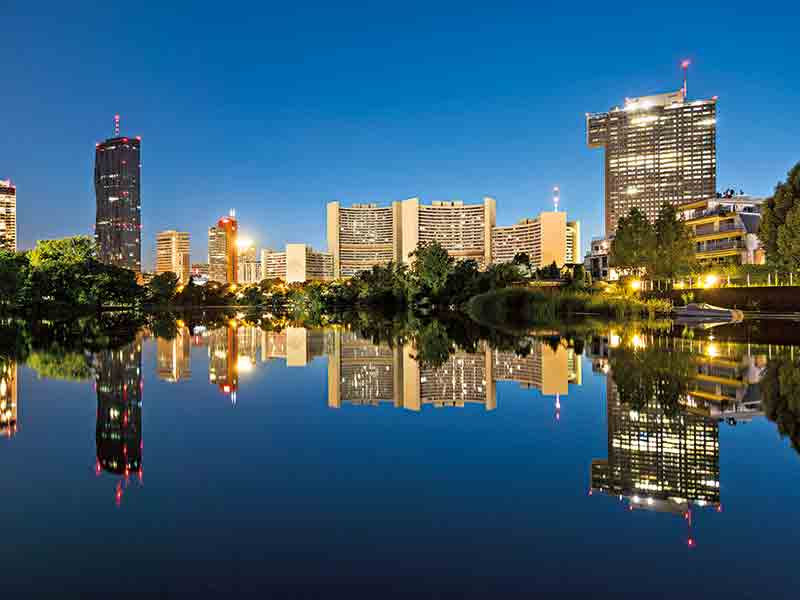 We are living in one of the most dynamic and transformative periods of banking. The next decade will bring about rapid change as the traditional banking model is challenged by new and evolving technology and shifting customer behaviour. The future guarantees only one thing: change. Banks that fail to address these changing currents will find themselves unable to compete.

On the surface, the situation today for European lenders does not look promising. Negative interest rates, lower margins, multiple restructurings and anaemic growth all tend to paint a rather challenging picture of the entire banking industry. These factors are particularly pronounced in mainland Europe, a region with a vast number of lenders of all shapes and sizes – by all measures, a region that is overbanked and seemingly unable to consolidate for a variety of reasons.

Customers don’t care about a company’s internal processes – they want the most simple, easy to use and easy to understand products and services at a fair price

Since 2007, both the EURO STOXX Banks Index (which represents publicly listed eurozone banks) and the STOXX Europe 600 Banks Index (which represents listed pan-European banks, including those outside the eurozone) have decreased by more than 70 percent. According to the European Central Bank (ECB), the average return on equity of eurozone banks in 2018 was around six percent, with a cost-to-income ratio of 66 percent.

Focusing on negative rates or the structural differences between Europe and other regions related to bond yields, capital markets or the lack of a banking union is not without merit. In our view, however, this is not the greatest culprit causing the banks’ struggles. Financial institutions need to embrace simplification, leverage technology and have a keen focus on efficiency to transform their business models for the better.

Keeping things simple
Despite the aforementioned all-too-familiar challenges, at BAWAG Group, we see many opportunities across the European banking landscape. In order to take advantage of these, banks’ management teams should foster a clear commitment to simplification and efficiency. Defining core competencies, being laser-focused on a handful of core products and services, and simplifying end-to-end processes across the organisation are key to driving efficiency throughout a company (be it at a bank or any other firm).

Consumers are increasingly looking for the most simple, straightforward and easy to use banking products that offer 24/7 connectivity. Providing a straightforward and simplified product offering requires simple and streamlined end-to-end processes, whether the product involves mortgages, consumer loans, leases, credit cards or current accounts. At the end of the day, customers don’t care about a company’s internal processes – they want the most simple, easy to use and easy to understand products and services at a fair price.

This will ultimately drive banks to become more efficient, which is a key competitive differentiator. Companies still talk about technology through the traditional lens of IT, referring to it as a siloed function that is distant from the rest of their operations. Banks should take a different view, very much placing technology at the heart of every aspect of their business. This includes engagement with customers through mobile applications, e-banking, online payments, advisory services, underwriting, loan processing and customer service centres – everything needs to be underpinned by technology.

Retail banking is becoming more commoditised in the way that it enables financial institutions to truly benefit from technology to create seamless processes. Our own experience at BAWAG Group required us to understand our end-to-end processes before transforming the organisation. In doing so, we were able to reduce the amount of complexity within our product offerings and services, which, in turn, simplified our middle and back-office functions. However, embracing this focus on simplification required buy-in across the organisation, becoming data-driven in our decision-making and empowering employees to be agents of change. Ultimately, the culture of simplification and consistent improvement took hold and became ingrained in how our organisation operates.

Sound fundamentals
If we zoom in to focus on a specific core European market, the situation for banks in the DACH (Germany, Austria and Switzerland) region looks particularly interesting: the average return on equity for German banks is 2.4 percent (see Fig 1); Austria is one of the most densely banked countries in Europe; and Switzerland’s banking sector is recognised the world over for its stability.

The region is at times mischaracterised as being unprofitable for banking. A good deal of the below-average profitability in the region can be attributed to very high cost structures and, to a certain degree, a fragmented banking market. We see both as opportunities, in terms of applying an industrialised approach to banking and presenting ample opportunities for consolidation. More importantly, our view is largely informed by the very strong macroeconomic backdrop of the region.

The DACH region is home to more than 100 million people – roughly one third the size of the US market. According to the OECD, the regional GDP growth rate is approximately one to two percent – Austria is the front-runner here, recording GDP growth of 2.7 percent in 2018 and 1.8 percent in 2019. Unemployment in the DACH region, meanwhile, lies between a healthy three and four percent.

All three countries have strong fiscal positions, with a relatively small debt-to-GDP ratio and low levels of both consumer indebtedness and homeownership when compared with Anglo-Saxon countries. These are all great macro factors from a retail banking standpoint and should translate to a lower cost of equity given the stability and low volatility of the region. With a strong macro backdrop, stable legal systems and regulatory environments, and low levels of consumer indebtedness augmented by strong risk management, conservative underwriting and an industrial approach to banking, we believe this to be a formula for success in retail banking across the region. Focusing on things you can control
Every business has to deal with constant change and disruption, whether it’s a bank, a manufacturing company, a technology firm or a cutting-edge start-up. However, if organisations choose their products, channels and markets with an absolute focus on customer needs, and drive simplification and efficiency across the organisation, this can create a formula for success in any industry, including retail banking.

In 2007, our bank was loss-making and undercapitalised with a fundamentally broken business model. The bank was sold in an administration process to an investor consortium led by private equity firm Cerberus Capital Management. More than 12 years later, our bank is now a publicly listed company on the Vienna Stock Exchange. It executed the largest initial public offering in Austrian history in 2017, and today ranks in the top tier of European banks in terms of profitability and efficiency, delivering a pre-tax profit of €573m ($630.2m), a return on tangible common equity (ROTCE) of 14.2 percent and a cost-to-income ratio of approximately 44 percent for 2018.

In terms of capital generation and returns, we target an annual dividend payout of 50 percent of the net profit attributable to shareholders and will deploy additional excess capital to invest in organic growth and pursue earnings-accretive mergers and acquisitions at returns consistent with our group ROTCE targets. This all comes as a result of focusing on the things we can control and truly impact.

For the first three quarters of 2019, we reported a strong profit before tax of €451m ($496.1m) and a net profit of €343m ($377.3m), both up five percent on the previous year. The increase was primarily driven by higher operating income. The bank delivered an ROTCE of 14.2 percent, a cost-to-income ratio of 42.7 percent and a Tier 1 common capital (CET1) ratio of 15.7 percent. Additionally, we received approval from the ECB for our share buyback programme of up to €400m ($440m), which we executed for the full amount in Q4 2019. Accounting for this and the year-to-date dividend accrual, the pro forma ROTCE was 17.7 percent for the first three quarters of 2019, with a pro forma CET1 ratio of 13 percent.

As well as making progress in our strategic capital actions, we continue to execute a number of operational initiatives. In fact, we are on track to deliver on all of our targets in 2019 and continue to adapt to a changing operating environment. While the market for European banking continues to be challenging, our fundamentals at BAWAG Group remain strong. We will focus on the things that we control, driving operational excellence and continuing to pursue disciplined and profitable growth.